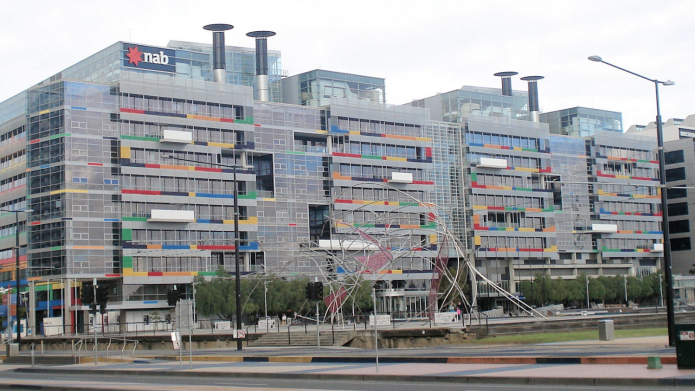 National Australia Bank (NAB)’s Sustainability Report, released today, is little more than greenwash and a recipe for climate catastrophe, says environmental finance group Market Forces. In particular, its central announcement to exit thermal coal mining by 2035 is a clear example of too little too late, falling short of time frames necessary to hold global warming to 1.5ºC and investor expectations for the elimination of thermal coal.

Signatories to the Global Investor Statement on Climate Change – a group of investors worth USD 35 trillion – demand exiting thermal coal by 2030 in OECD countries, a goal that was matched by Commonwealth Bank’s updated Environmental Policy Framework earlier this year but one that NAB falls short of.

“Whilst the Morrison Government will inevitably fulminate over the thermal coal exit, we need to recognise that NAB’s position on climate change is consistent with the failure of the Paris Agreement, and an invitation to runaway global warming” said Market Forces Executive Director Julien Vincent. “By signalling to coal power plant operators that they can rely on NAB’s support beyond 2030, and having no plan in place to manage down exposure to other fossil fuels such as oil and gas, this is far from a responsible approach to minimise climate risk.”

Market Forces has identified another AUD 1.83 billion loaned by NAB to the fossil fuel sector in the year to June 2019, greater than the AUD 1.59 billion from Westpac over the same period.

NAB’s reported exposure to the fossil fuel industry increased 30% in 2019, compared to ANZ’s increase of 9% and reductions of 15% and 16% from Commonwealth Bank and Westpac respectively.

Market Forces has lodged a shareholder resolution on behalf of shareholders with NAB calling for the disclosure of targets to reduce loan book exposure to the coal, oil and gas sectors in line with the goals of the Paris Agreement.

“NAB has given us no reason to alter this resolution, as they have failed to move on oil and gas and they now have a coal policy that is misaligned with the Paris climate goals. So, we will continue to take the resolution to the annual general meeting.”

The resolution to NAB can be found here.

Further analysis on NAB’s policy update can be found here.