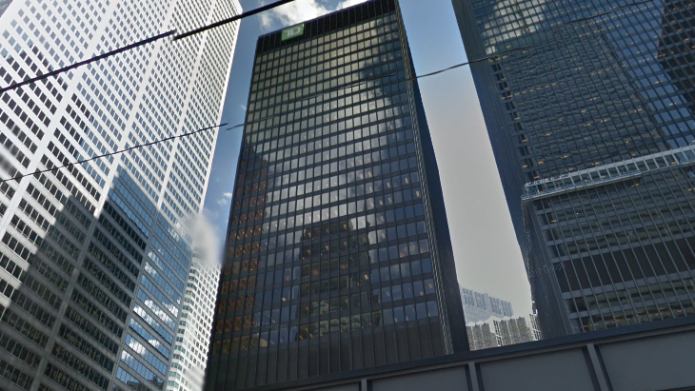 TD Bank Group released a new climate action plan today, pledging to achieve net-zero greenhouse gas emissions from its operations and financing activities by 2050. The bank is the latest major financial institution to make such a commitment, following similar announcements by Morgan Stanley and Barclays.

TD’s new plan also rules out project-specific funding for oil and gas development in the Arctic Circle, including in the Arctic National Wildlife Refuge. TD is now the third major Canadian bank to prohibit financing drilling in the Arctic Refuge, following Royal Bank of Canada and Bank of Montreal, and joins a list of more than two dozen global banks that reject funding for Arctic oil and gas. However, TD’s new plan does not address the bank’s funding of Canadian tar sands, which is one of the most highly-polluting fuel sources on the planet. According to the annual Banking on Climate Change fossil fuel finance report, TD is the world’s biggest funder of tar sands oil, pouring more than USD 22.5 billion into the tar sands industry from 2016-2019.

In response, Sierra Club Senior Campaign Representative Ben Cushing released the following statement: "Committing to net-zero financed emissions by 2050 is a good step forward, and in recent months has become the new baseline for banks looking to clean up their act on climate. Now this commitment needs to be followed up with critical next steps for actually getting there, including a near-term target for emissions reductions and a clear plan to phase out financing for fossil fuels immediately.

“It's notable that TD has at least taken one step towards the goal of phasing out fossil fuels by pledging not to directly fund destructive drilling in the Arctic. Arctic drilling threatens the future of our climate and the human rights of Indigenous communities in Alaska and Canada. Ruling it out is low-hanging fruit for any socially or environmentally responsible bank and any institution that hasn't yet done so should follow suit. However, a realistic plan to achieve net-zero emissions and align with the Paris Agreement must include an immediate commitment to phase out dirty tar sands as well.”