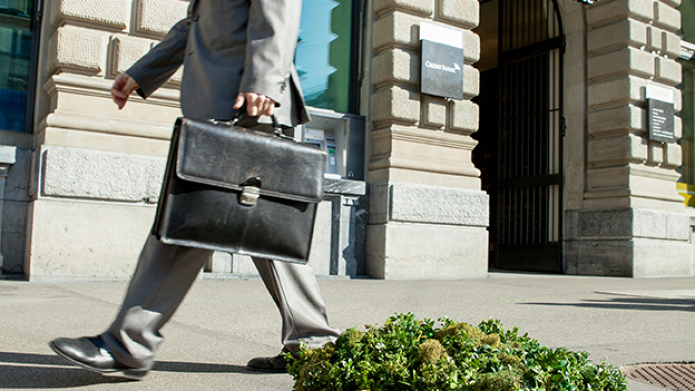 Two activists from Sumatra, Indonesia will attend the AGM of Credit Suisse today to challenge the bank on its financing of forest destruction in their communities. Woro Supartinah and Isnadi Esman will tell the delegates about the impacts the bank's client, the RGE Group, and its subsidiary Asia Pacific Resources International Limited (APRIL), are causing to their communities.

Credit Suisse provided RGE Group with a US$50 million loan as part of a syndicate in 2013. A BankTrack analysis has found that this finance breached Credit Suisse's Forestry and Agribusiness Policy, including on all six counts of its "excluded activities". Two other major financiers of the company, the Spanish bank Santander and the Dutch bank ABN Amro, have declared that they will not provide any further finance to the company until it improves its record on deforestation.

Woro Supartinah, from the NGO Jikalahari in Indonesia's Riau province, said: "We have travelled here from Indonesia because we want to tell Credit Suisse about what its client APRIL is doing in Sumatra. They have already cleared 5 million hectares of forest and most of this is located on deep peat areas, which are protected. The dried and cleared peat is like a tinderbox and catches fire very easily. Last year the peat fires were so intense that the haze affected more than 50,000 people. Planes could no longer take off and we got scared, because we are trapped on this place."

Isnadi Esman, an activist from the island of Pulau Padang on the coast of Sumatra, said: "We were living peacefully in Pulau Padang, until APRIL arrived in 2009 and started to destroy our homes. Our villages, which once were standing in the middle of the lush forest, are now surrounded by monoculture plantations. The things we eat or use from the forest don't grow in plantations. The animals are on the run because they also are losing their homes. More and more they are coming across villagers in their path, and attacks are increasing."

The company's operations have caused numerous protests by communities against the clearing of forests on the island. In 2011, a group of 28 people sewed their mouth shut in protest against APRIL, in despair at their voices not being heard.

Yesterday Woro and Isnadi, together with representatives of Greenpeace, the Environmental Paper Network, the Bruno Manser Fund and Banktrack, met with representatives from Credit Suisse to discuss the bank's involvement with the company . Greenpeace presented the company with a petition signed by nearly 25,000 supporters calling on Credit Suisse not to provide further finance while the deforestation is ongoing. Woro and Isnadi have also written to Roger Federer, a brand ambassador for Credit Suisse, calling on the Swiss tennis champion to use his influence to help their cause .

Banktrack is urging Credit Suisse to follow the lead of Santander and ABN AMRO and commit not to provide RGE Group or APRIL with new loans until the company has made significant improvements in its policy and its practices.

UPDATE: Credit Suisse gave assurances at the AGM that no future transactions would be conducted with APRIL in the future without the personal involvement and
explicit approval of the Chief Risk Officer. See the AGM Minutes.

Photographs of the petition presentation to Credit Suisse yesterday are available here.

The letter to Roger Federer is available here.