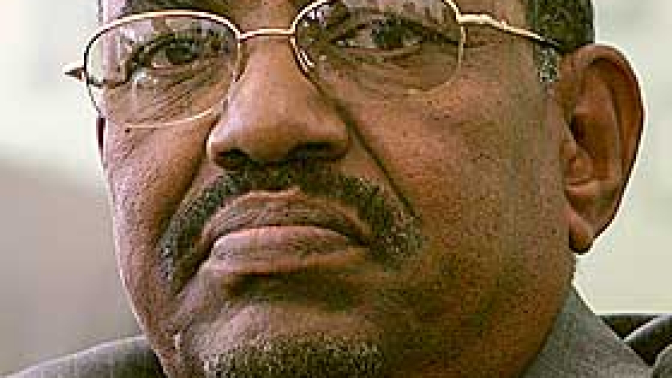 UK Taxpayer-funded Lloyds bank may have "stashed" $9 billion for President Omar al-Bashir of Sudan, according to Wikileaks cables published in the Guardian today. Lloyds must now confirm if this is true or not and if it is then the bank must publicly explain what due diligence checks it has done to ensure that these funds are not the proceeds of corruption, said Global Witness.

Leaked US embassy cables state that the chief prosecutor of the International Criminal Court (ICC), Luis Moreno-Ocampo, told US officials that he believed that Bashir had a "stash of money" in "illegal accounts" worth $9 billion. The prosecutor, who has indicted Bashir for war crimes, reported that "Lloyd's Bank in London might be holding or knowledgeable of the whereabouts of his money".

"If this allegation by the ICC prosecutor is accurate, it appears that a UK high street bank bailed out by the government is holding billions controlled by an indicted war criminal, or at the very least would be able to help trace any funds" said Robert Palmer, a campaigner with Global Witness.

Under the UK's anti-money laundering laws banks are required to check their customers' identity and their source of funds to ensure that the money they handle is clean, and the Financial Services Authority is meant to ensure that banks are doing this. Global Witness has repeatedly called for banks to do more to turn down suspect funds.

"Maybe Lloyds knows something about Bashir's and Sudan's finances that we don't, but $9 billion is an extraordinary amount of money for a head of state to control. If this story is true, I'd like to know what controls Lloyds put in place to ensure that the funds were legitimate - and I'm sure the Sudanese people would as well" added Palmer. It is not clear from the cable whether the supposed accounts are in the name of Bashir personally, a Sudanese state account over which he has control, or a third party.

The unequal distribution of wealth was one of the primary drivers of the 22-year civil war between north and south Sudan in which 1.5 million people died. The Comprehensive Peace Agreement signed in 2005 splits oil revenues between the two sides, though southerners have persistently accused Bashir's government in the north of cheating them out of a significant portion of the money they are owed. By coincidence, $9 billion is just short of the amount transferred from north to south in oil revenues since 2005.

A referendum on potential independence for the south will be held in January and is a source of immense tension between north and south.  Both sides have massed armies along their border in readiness for renewed conflict.

"If the cable is true, more than just doing business with an indicted war criminal, Lloyd's could be in some sense contributing to instability and mistrust in Sudan at the most fragile moment in its history," warned Palmer.

In January 2009 Lloyds was fined $350 million by the American authorities for disguising the origins of wire transfers from Sudan as well as Iran and Libya in order to avoid US sanctions against those countries.

1. Global Witness' September 2009 report, Fuelling Mistrust, raised significant concerns about the lack of transparency in the oil sharing agreement between north and south. In October 2010 Global Witness' report International Thief Thiefrevealed how a number of British banks, including Barclays, Natwest, RBS and HSBC had accepted millions of pounds from corrupt Nigerian politicians.

2. Lloyds issued the following statement to the Guardian: "We have absolutely no evidence to suggest there is any connection between Lloyds Banking Group and Mr Bashir. The group's policy is to abide by the legal and regulatory obligations in all jurisdictions in which we operate."