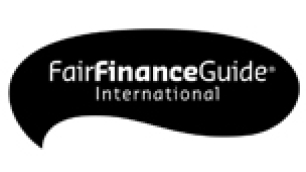 Dutch NGOs involved in the Fair Finance Guide coalition have today criticised Dutch banks ING and Rabobank for their recent loans of 109 million euros to SUEK, the biggest Russian coal producer and one of the world's biggest coal mining companies.

The SUEK loans from the Dutch banks were made, along with loans for similar amounts from eight other banks, in February this year. In November 2015 ING announced that it was reducing its exposure to coal companies, with immediate effect, while Rabobank prides itself as a leader in financing sustainable energy.

ING is today holding its Annual Shareholders Meeting in Amsterdam, and the Fair Finance Guide coalition is calling on ING's board to state clearly that the bank will no longer lend to coal producers and to increase its lending to renewable energy producers in order to combat climate change.

The NGO coalition believes that apart from refraining from lending to coal companies, ING and Rabobank need to be fully transparent about the carbon footprint of their lending portfolio. Financial institutions should now be contributing to global efforts to reduce climate change to the 1.5 degree celsius maximum.

"With this new loan ING is breaking its new policy to reduce coal investments and refrain from lending to companies which rely on coal and coal power for over 50% of their business. Research by Fair Finance Guide in 2015 has already revealed that ING invests eight times as much in fossil fuels as it does in renewable energy. This new loan suggests that ING is ignoring the Paris climate agreement and its own climate policy."

Notes for editors:
1. Details of the USD 1 billion SUEF loan package available on this page.