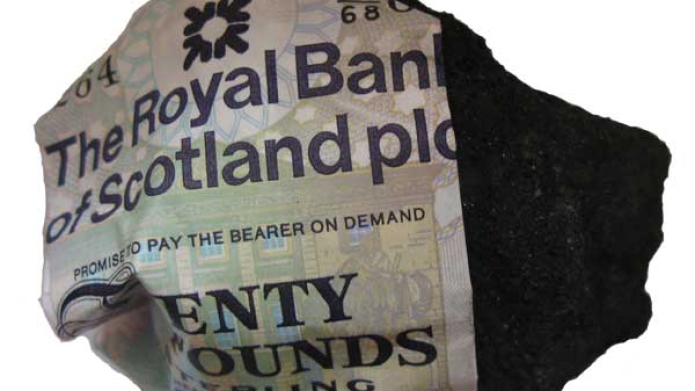 Together with the UK student network People & Planet and the National Union of Students, Platform's "Oyal Bank of Scotland" campaign led to thousands of postcards being signed, stickers put up, and student demonstrations focused on the climate impacts of RBS financing fossil fuels. Following the campaign, RBS stopped denying climate change or promoting itself publicly as "the Oil & Gas Bank", and the Chairman was forced to respond publicly to demands that the bank report on its embedded emissions.