The full report can be found (only in Dutch) here and www.ikvpaxchristi.nl

For more general information on research and work of the Fair Bank Guide, see: http://www.eerlijkebankwijzer.nl/english/introduction 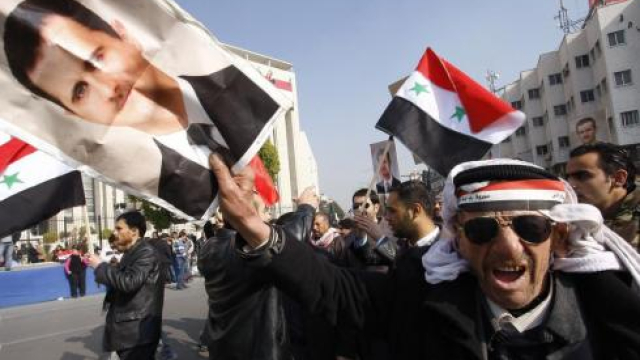 Dutch bankgroups and pension funds invest in two companies that in that past year have supplied radio equipment to Syrian police, and a data-storage system for internet control to the Syrian authorities. This research is commissioned by Oxfam Novib and IKV Pax Christi and covers the Italian company Finmeccanica - that already in 2011, came into disrepute due to arms supplies to Libya - and the American company Netapp.

The research was conducted by Dutch economic research centre Profundo, and shows that fourteen Dutch financial institutions invest in one or both companies. Last year, similar research commissioned  by the Dutch Fair Bank Guide proved that Finmeccanica supplied the Libyan dictator Kadaffi with arms. Even then Dutch banks and pension funds were investing in this company. Spokesperson Peter Ras from Oxfam Novib: "It is disheartening to see that financial institutions continue to invest in companies that support dictators. Apparently, many financial institutions have not learned from the misery in Libya and their policies have not improved. This needs to happen now."

The Italian arms company Finmeccanica supplied mobile communication equipment to the Syrian police in May 2011. This was two months after the uprising broke out in Syria. In 2007, Finmeccanica supplied Syria with an advanced radar system. In May 2012 the U.S. government launched an investigation into the delivery of the data storage system of the U.S. electronics company Netapp to Syria in 2011. The system is part of a large web control system. With this system all internet movements of opponents of the regime can be followed. Miriam Struyk of IKV Pax Christi: "Even communication as provided by Finmeccanica and Netapp is unfortunately a very effective weapon to suppress civilians." In March 2011 a popular uprising against the Syrian dictatorship broke out and  led to the loss of at least 10.000 lives.

ING bank and Aegon bank have announced that they are willing to investigate where and how their current arms policy needs to be tightened in order to prevent such cases of arms trade. Moreover, additional research shows that there are more ICT companies supplying regimes such as that in Syria with equipment. This obviously calls for more structural change and tightening of current investors' arms policy.

Oxfam Novib and IKV Pax Christi call on all bank groups and pension funds that invest in these companies to withdraw their investments. They should also improve and structurally tighten their policies on arms trade with repressive regimes and supply of equipment that can strengthen repression. Finally, greater transparency about their investments and about time-bound 'engagement' with (weapon) companies is needed.