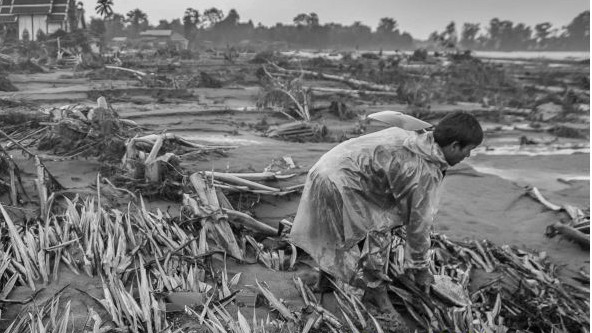 One year after the devastating collapse of saddle dam D of the Xe Pian-Xe Namnoy hydropower project in southern Laos, none of the entities backing and profiting from the project have been held accountable, according to a joint reportreleased today by International Rivers and Inclusive Development International.

“Reckless Endangerment: Assessing Responsibility for the Xe Pian-Xe Namnoy Dam Collapse” identifies the governments, corporations, banks and insurers that have backed the $1.02 billion project. The report sets out the responsibilities of these entities – from Korea, Thailand, Laos, Cambodia and the United States – to ensure that the victims receive a fair and just remedy, as required under international human rights law.

The collapse on July 23, 2018, unleashed a wall of water that killed an estimated 71 people, displaced some 7,000, and damaged the homes and property of thousands more across the border in Cambodia. Nearly 5,000 Lao villagers made homeless by the disaster continue to live hand to mouth in squalid camps, their futures uncertain, according to field research conducted for the report. Survivors of the disaster are yet to receive any compensation for their lost villages, homes, land and property.

“We miss our homes, we miss our loved ones, and know we have lost everything. My body is tired. My mind is tired. I don’t know who will take responsibility for our loss,” said a woman who was swept away by the floodwaters and is now struggling to cope with the living conditions at the temporary camp.

A growing body of evidence suggests that the dam’s lead developer and builder, the Korean firm SK Engineering & Construction, may have caused the collapse. A Lao government-commissioned investigation has ruled out force majeure, or an unforeseeable “act of god,” as the cause of the disaster. A Stanford University researcher found that the dam’s reservoir was built on a sinkhole, while a document revealed by the Korean media indicates that SK Engineering & Construction lowered the height of the dam walls in order to save money and maximize profit.

The report reveals that the dam’s developers took out $50 million in liability insurance that affected people may be entitled to claim. This insurance is provided by the U.S. firm AIG and the Korean insurers Samsung Fire & Marine and Korean Re. Inclusive Development International and International Rivers are calling upon the developers and insurers to establish a compensation fund and claims process that is appropriate for Laos, which is a politically restrictive environment and lacks an independent and effective judicial system.

“It is outrageous that one year after the dam collapsed and unleashed so much destruction and suffering, the victims have still not been compensated. Meanwhile, there’s a $50 million pot of liability insurance that should be used for this exact purpose,” said David Pred, Executive Director of Inclusive Development International. “Each and every one of the State and corporate actors named in our report that enabled this disaster have a responsibility to repair the harm and help the affected families rebuild their lives.”

Construction of the 410-megawatt Xe Pian-Xe Namnoy project was 90% complete when one of the five auxiliary dams that reinforce the dam’s reservoir collapsed. Work on the project is reportedly again underway, despite ongoing safety concerns. 90% of the electricity generated by the project is intended for sale to Thailand.

The project is one of 352 hydropower dams under construction or planned for development in Laos, as the government seeks to transform the country’s economy through extensive hydropower development for export to neighboring countries. Scientists warn that these projects will cause enormous damage to the region’s rivers and ecosystems – and the people who depend on them for food and livelihoods.

“The dam collapse and its aftermath expose in stark terms the way in which projects like Xe Pian-Xe Namnoy are developed to benefit the companies that build and finance them, at the expense of the local people placed in harm’s way” said Maureen Harris, Southeast Asia Program Director at International Rivers. “This tragedy demands an end to business-as-usual and a commitment to building a development model that is just and sustainable for all.”