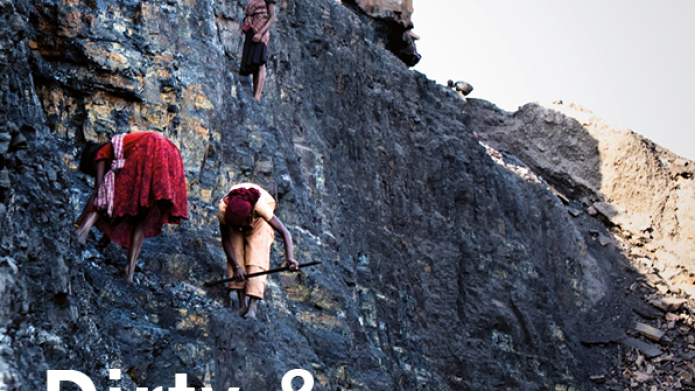 "Given the mandate and the composition of the Expert Group, our expectations were low to begin with," says Arild Hermstad of the Future in our Hands, "but the Expert Group's report has managed to underwhelm even these very low expectations. The report does not address or even acknowledge the fact that the Pension Fund's investments have real and tangible impacts on our climate. And it refutes the idea that large investors have the responsibility to realign their investments with the goal of limiting global warming to 2°C. This is in stark contrast to the latest calls by IPCC, the World Bank and the International Energy Agency."

"It is shameful that Norway's largest private pension funds are far more willing to take responsible action on climate change than Norway's sovereign wealth fund," says Truls Gulowsen of Greenpeace Norway. "The recommendations of the Expert Group are simply business as usual. Instead of a meaningful divestment from the most carbon-intensive parts of the fossil fuel industry, the report tells us active ownership is the answer. It completely ignores the fact that Norges Bank's active ownership activities on climate have up to now shown no discernible results." The report only advocates an extremely limited case-by-case approach towards exclusion. "This approach is completely unacceptable and would at best lead to the exclusion of only a handful of companies. It is far too little and too late to truly address climate concerns," says Gulowsen.

Just last week, the Future in our Hands, Greenpeace Norway and the German NGO Urgewald published the report "Dirty & Dangerous" which puts forward concrete criteria for a divestment of the Government Pension Fund from the coal sector.

"It is hard to take the Expert Group's report serious," comments Heffa Schücking, director of Urgewald. She criticizes that the Expert Group lumps together the very different issues confronting the transportation and energy sectors, and completely fails to differentiate between coal and oil. "There is no point in setting up an Expert Group if all it does is parrot industry claims about future demand in fossil fuels. Instead of exploring different options for divestment from the most carbon-intensive parts of the industry, the Expert Group simply claims it would be too difficult to conceptualize consistent criteria - something we have just done in our own study. The way we see it, the Expert Group absolutely failed to do its homework," she adds.

What worries the NGOs most, however, is that the Expert Group, the Norwegian Finance Ministry and Norges Bank all fail to recognize that the Pension Fund's investments are helping to fuel an ongoing boom of the coal industry and to lock-in energy and mining infrastructure that may undermine all chances of maintaining climate stability. "When buying new shares of Coal India or bonds issued by Sinopec to finance its planned US$ 10 billion coal-to-gas facility, the Government Pension Fund is helping to put us all on the highway to hell," says Schücking.

"The Pension Fund is currently invested in companies responsible for 42% of world coal production. Coal is easily replaceable and it is time to stop pretending that these destructive investments don't contradict Norway's climate obligations or won't affect the future of Norwegian people," demands Hermstad.

"Luckily, the final decision is up to the Norwegian Parliament," says Gulowsen "and the majority here is in favor of divestment from coal. We will do our best to ensure that this majority is not swayed when it comes to a final decision next spring. Our own study shows not only that coal divestment can be done, but that it can be done easily."