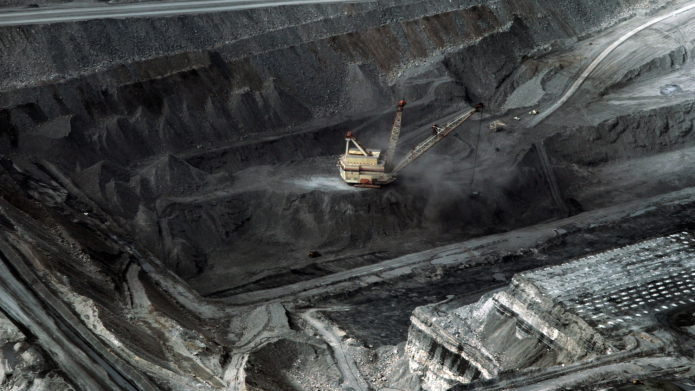 One month before the start of the COP27 Climate Summit in Egypt, Urgewald and 40 partner NGOs have released the 2022 update of the “Global Coal Exit List” (GCEL). The GCEL provides in-depth data on over 1,000 companies and over 1,800 subsidiaries operating along the thermal coal value chain. It is the world’s most comprehensive public database on the coal industry.

46% of the coal industry still on expansion course

Although last year’s UN Climate Summit in Glasgow ended with an agreement to “accelerate efforts towards the phasedown of unabated coal”, 46% of the companies on the GCEL are still headed in the opposite direction. “Out of the 1,064 companies in our database, 490 are developing new coal power plants, new coal mines, or new coal transport infrastructure. "Pursuing new coal projects in the midst of a climate emergency is reckless, irresponsible behavior. Investors, banks, and insurers should ban these coal developers from their portfolios immediately,” says Heffa Schuecking, Director of Urgewald.

476 Gigawatts (GW) of new coal-fired power capacity are still in the pipeline worldwide. If realized, these projects would increase the world’s current coal power capacity by 23%. As China is responsible for 61% of all planned coal power capacity additions, it comes as no surprise that the top 4 coal plant developers on the GCEL are Chinese companies (China Huaneng Group, China Energy Investment Corporation, China Datang Corporation and China Huadian Corporation). “The world welcomed President Xi Jinping’s 2021 announcement that China would stop building new coal power plants abroad, but China needs to adopt similar measures for its domestic energy system if it wants to become an actor for a 1.5°C world,” says Lidy Nacpil, Coordinator of the Asian Peoples’ Movement on Debt and Development.

While 13 GW have already been shelved, China has yet to implement its ban fully and abandon all overseas coal projects that were in the pipeline in 2021. It is also worrying to see that several Chinese companies signed new agreements to participate in overseas coal plants since President Xi Jinping’s September 2021 pledge. In December 2021 and February 2022, Chinese companies signed contracts for two captive coal power stations for industrial parks in Indonesia. In April and May 2022, China Energy Engineering Group and China Western Power signed contracts for two new coal power plants in Laos, and in March 2022, PowerChina renewed its agreement to develop the Phulbari coal power project in Bangladesh. All in all, the new coal-fired capacity to be developed under these recent agreements totals 9.7 GW.

With 570 million tons, China Energy Investment Corporation was the world’s top thermal coal producer in 2021. It was closely followed by Coal India, which produced 557 million tons of thermal coal last year. The world’s largest coal mine developer is, however, Coal India. According to the company’s own projections, it aims to raise its coal production to 1 billion tons annually by 2025. As the Modi government has almost completely dismantled environmental safeguards in the country’s mining law, most of Coal India’s planned open-pit coal mines are located in areas of rich biodiversity and on the lands of indigenous populations.

All in all, companies on the GCEL aim to develop new thermal coal mining projects with a volume of over 2,500 million tons per annum (Mtpa), an amount equal to over 37% of the world’s current thermal coal production. The bulk of these projects are in China (967 Mtpa), India (811 Mtpa), Australia (287 Mtpa), Russia (144 Mtpa) and South Africa (91 Mtpa). “This coal mining rush is testament to the industry’s complete denial of climate reality. The writing is on the wall, but coal miners refuse to read it,” says Schuecking.

When South Africa’s largest coal miner, Seriti Resources, announced that its new subsidiary Seriti Green will build a 450 MW wind farm in the country’s main coal mining region, media headlines proclaimed a “shift to renewables”. Not much is shifting here, however. Seriti Resources and South Africa’s second largest coal miner, Exxaro, recently announced a plan to lower the carbon footprint of their coal mining operations by powering them with renewables. Neither Seriti Resources, which produced 53 million tons of thermal coal last year, nor Exxaro, which produces 40 million tons of coal per year, has a plan to wind down their coal production. Instead both companies are still aiming to expand their coal mining operations, albeit with renewable energy. As Leanne Govindsamy from South Africa’s Life After Coal Campaign says:, “A shift that means more renewables, but not less coal, is not climate action. It’s greenwashing.”

2,067 GW of existing coal must be phased out

Today, there are over 6,500 coal plant units worldwide with a combined capacity of 2,067 GW. Whether we will be able to keep the 1.5°C goal within reach depends first and foremost on how quickly we phase out this enormous coal plant fleet. According to the IEA Net Zero by 2050 scenario, coal power plants in high-income countries must be retired by 2030 at the latest and in the rest of the world by 2040. The example of the USA, however, shows how far away we are from achieving these goals.

When will the world’s third-largest coal plant fleet be retired?

With almost 218 GW, the US is home to the world’s third-largest coal plant fleet. And in contrast to many other OECD countries like Italy, France or the UK, the US has not set a national phaseout date for its coal power plants. To meet the Paris goals, the US would need to retire on average at least 30 GW of coal-fired capacity annually between now and 2030. At the state level, many US energy companies such as AES, Berkshire Hathaway Energy, CenterPoint Energy, Duke Energy, Southern Company and First Energy are, however, actively trying to delay a phaseout of coal and block a speedy transition to renewable energy. Accordingly, only 8.4 GW of coal power capacity were retired in the US in 2021.

“While the warnings issued by IPCC and UNEP become more and more dire from one UN Climate Summit to the next, our data regarding companies’ transition plans remains depressingly consistent,” says Schuecking. “The vast majority of companies on the GCEL still have no intention of retiring the coal assets, which are propelling us towards a breakdown of our climate systems. A real transition requires clear and near coal exit dates.”

Out of the 1,064 companies on the GCEL, only 56 companies or 5.3% have announced a coal exit date up to now. Many of these coal exit dates are, however, ridiculously late. A case in point is the US company Berkshire Hathaway Energy, which operates 14 coal plants through its subsidiaries and has announced it will retire its coal-fired units by 2049. South Korea’s KEPCO as well as the Japanese trading houses Marubeni and Mitsubishi have announced that they will phase out their coal-fired generation by 2050.

Instead of closing coal power plants within the necessary timeframe, Japanese power companies are relying on expensive, unproven, and inefficient technologies to deliver what they call “Zero CO2 emissions thermal power generation”. Japan’s largest coal plant operator, JERA, aims to co-fire its coal plants with ammonia. While ammonia does not release CO2 during combustion, it releases nitrous oxide, a greenhouse gas that is 298 times more harmful than carbon dioxide. And JERA fails to mention that ammonia production is almost exclusively powered by fossil fuels. If the resulting emissions are taken into account, the Japanese NGO Kikonet calculates that a co-firing rate of 20% ammonia only reduces a coal plant’s CO2 emissions by 4%. J-Power, Japan’s second-largest electricity producer, has announced an even worse strategy. In collaboration with Marubeni, Sumitomo, AGL Energy and other Japanese and Australian companies, J-Power plans to convert Australian lignite coal to hydrogen, transport it back to Japan and co-fire it in the company’s coal plants. But as a peer-reviewed study points out: Converting coal to hydrogen generates just as much CO2 as simply taking the coal and burning it in Japan’s coal plants.

In order to align with the 1.5°C target set out in the Paris Agreement, coal plants in OECD and EU countries should be retired by 2030 and in the rest of the world by 2040. All in all, only 27 companies on the GCEL, or 2.5%, have announced coal exit dates that are within these parameters. “When we took a detailed look at these 27 companies’ transition plans, we saw that most of them are simply planning to convert their coal plants to gas or to sell them instead of retiring them. At the end of the day, we only identified 5 companies with coal transition plans that could be considered Paris-aligned,” says Schuecking.

One of these five companies is the U.S. company NiSource, based in Indiana. NiSource is replacing all of its coal-fired power capacity with renewables and will retire its last coal power station by 2028. Even so, controversy remains around the coal ash ponds at NiSource’s Michigan City Generating Station, with community groups maintaining that NiSource’s cleanup plans are not sufficient.

Delaying is the new denial

“Many financial institutions justify their continued investments in the coal industry by claiming that they want to help these companies transition. Our data, however, shows that the vast majority of companies with thermal coal related business are not transitioning,” says Schuecking. “They are either developing new coal projects or dragging out the life of existing coal assets. Delaying has become a new form of climate denial,” she adds.

The 2022 GCEL can be downloaded at www.coalexit.org.