Home › News
NGOs call on Bank of China to confirm 10GW coal pipeline will be cancelled
By: Bank of Coal coalition
2021-09-22 Share this page: 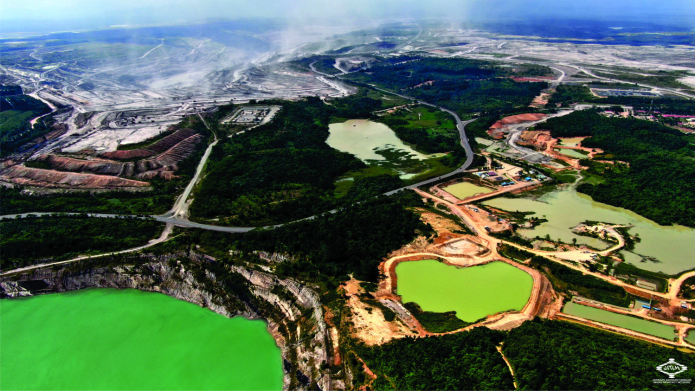 Since 2018, Bank of China has lent a total of US$61 million to Adaro Energy group, one of the coal giants in Indonesia. Photo: JATAM - Indonesia Mining Advocacy Network

In the wake of President Xi’s announcement at the UN General Assembly that China “will not build new coal-fired power projects abroad”, community groups and NGOs from across the Belt and Road are calling on Bank of China to confirm it will not proceed with approximately 10GW of coal-fired power stations in the pipeline. Bank of China’s coal financing totals more than US$35 billion since the Paris climate agreement was signed in 2015, making the bank the largest coal financier in the world since that moment. Unlike over 100 other financial institutions, it has no coal policy restricting its finance to new coal power.

Bank of China is linked to at least seven proposed coal power projects in Bangladesh, Zimbabwe, Botswana, Turkey and Vietnam.

Earlier this month, a coalition of 21 organisations from nine countries around the world launched a public campaign calling on Bank of China to end financing for new coal projects, and finance the replacement of fossil fuels with clean, renewable energy.

“There is simply no room for new coal fired power stations, and emerging economies are crying out for clean energy not more pollution and destruction,” said Sharif Jamil of Waterkeepers Bangladesh. “If Bank of China throws its weight behind clean energy, it could be a major turning point in the global battle against the climate crisis. But first, it must end finance for coal power.”

The coalition also called for Bank of China to stop funding thermal coal mining companies in Indonesia and Australia.

“If the world has agreed that we can’t have new coal power projects, there’s no excuse to fund digging thermal coal out of the ground. Since 2018, Bank of China has lent a total of US$61 million to Adaro Energy group, one of the coal giants in Indonesia. Supporting coal is bad for business and bad for the environment,” said Indradi. “Bank of China should be providing more financial support to clean, renewable projects to enable the energy transition."

For more details on the Bank of Coal campaign see bankofcoal.com.