Home › News
NGOs apply for annulment of the Ostrołęka C integrated permit- costly consequences of Jan Szyszko’s decision
12 July 2018, the Association Workshop for All Beings, with the support from Frank Bold lawyers and the Society for Earth, filed a motion for annulment of the infamous Minister Jan Szyszko’s decision, regarding the extension of the integrated permit for the Ostrołęka C coal power plant, referring to the flagrant breach of law.
By: Association Workshop for All Beings
2018-07-13
Poland
Contact: 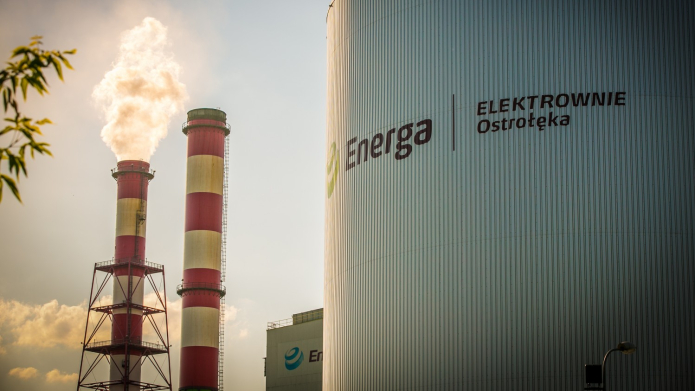 Photo: Association Workshop for All Beings

In September 2016, the Minister of the Environment Jan Szyszko, issued a controversial decision, favorable for the investor, and overturned the lawful decision which the Marshal of the Masovian Voivodeship had issued. In accordance with the provisions of the Environmental Protection Law, the integrated permit for a new installation specifies the two-year period to start exploitation. If the installation is not operating within two years from that date, the permit automatically expires. Most importantly, the Act does not provide the possibility to extend or interrupt this period. In the case of the Ostrołęka C power plant, the two-year deadline started to run in June 2016. The investor reminded himself about it a month later. Knowing that the launch of a new power plant within two years is unrealistic, the investor applied to the Marshal of the Masovian Voivodeship for a change of the starting emissions date, already established in the integrated permit. The Marshal rightly stated that this would mean an unacceptable termination of the term established in the Act and refused the change. Unfortunately, after the investor's dismissal, Jan Szyszko changed the commencement of operation date. In our opinion, the Minister's decision was issued with a flagrant breach of law - explains Miłosz Jakubowski, legal advisor at the Frank Bold Foundation.

It is outrageous that Minister Szyszko justified his decision in favour for extending the IPPC with the social interest while it resulted in the acceptance of higher levels of emissions of dangerous contaminants. The permit is not in line with the BAT standards that have been put in place to protect human health and the environment. It is not in the public interest to allow greater pollution of dangerous substances. Once again Minister Szyszko’s decision turns out to be harmful - comments Diana Maciąga from the Association Workshop for All Beings.

The current integrated permit has a number of shortcomings. It does not specify two basic parameters, such as the gross electric power and the net electric power, making the calculation of the electrical efficiency impossible. It is worth mentioning that electrical efficiency co-decides whether the installation meets the requirements of the BAT standards. Estimation of the pollutants amount is also not possible because this document does not include the power plant’s operating time. Last but not least, the integrated permit does not specify the obligation to monitor the emission of heavy metals such as mercury, arsenic, cadmium, chromium, copper, nickel, lead or zinc.

Numerous experts point out that Ostrołęka C power plant project is burdened with some serious investment risks - its costs are significantly underestimated due to the need for modernization (in accordance with the BAT requirements) and an increase in prices of CO2 emission allowances. In addition, Ostrołęka C is unlikely to receive the expected support from the capacity market. The adjustment to BAT standards will cost around 500-600 million PLN. Experts estimate that if, instead of developing Ostrołęka C, renewable energy would be developed, the created investment market would amount between 10 and 17 billion PLN on a national scale or from 670 to 870 million PLN for the Ostrołęka region.

Ostrołęka C is an undesirable project not only economically but also socially. The investment also has a problem with finding financing. Maintaining an integrated permit in the legal circulation is also in question. Upon signing the contract with Ostrołęka C Power Plant, the GE Power-Alstom consortium should be expecting significant delays, serious problems during the construction of the unit and reputational costs - sums up Diana Maciąga

Jan Szyszko was Poland’s Minister for Environment between November 2015 and January 2018. He is infamous for devastation of the unique Białowieza Forest which sparked international outrage and a major fightback within the Polish society.