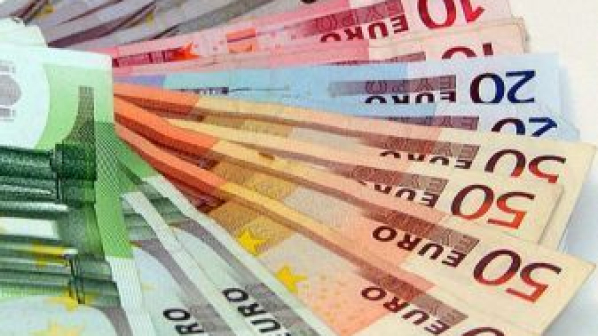 A new study released by BankTrack and WWF today has found that there is a growing commitment to sustainable banking within the international banking sector. However, the report also highlighted the need for the sector to adopt more transparent financing policies, advancing sustainability while helping to reduce their exposure to risk.

The report, Shaping the Future of Sustainable Finance: Moving the Banking Sector from Promises to Performance, ranked the financing policies of 39 international banks across 13 issue areas, from climate change to human rights.  The study also benchmarked the banks’ policies against international norms, and found that banks are failing to uphold environmental and social standards developed by UN agencies and other international bodies.

One of the foundations of sustainability is transparency and the report found a near total lack of publicly available information. The world has moved on from “trust me” to “show me” and without transparency even the more progressive banks leave themselves vulnerable to charges of “greenwash”.

Robert Napier, WWF-UK Chief Executive, said: “This report shows that whilst there has been some good work done by a few of the banks to develop policies the whole sector still has a long way to go. The lack of transparent policies can not only result in over-exploitation of environmental goods such as fisheries and forests but also in increased financial risk to the banks, resulting in transactions being jeopardised.”

“The first step on the way to sustainable banking is to increase the transparency of the banks’ policies,” said Jules Peck, WWF Global Policy Officer.  “This report clearly sets out international standards for 13 issue areas and acts as a challenge to the banks to improve their performance. Generally banks in this report have vaguely worded policies, which include limited commitments, and fail to meet international standards, even those leading the rankings.”

Of the 39 banks surveyed, the report only found two cases where bank policies meet all or most of the relevant international standards or best practices, Rabobank’s adoption of the UN Draft Norms on Human Rights and HSBC’s adoption of the World Commission on Dams standards.  The study also found that no bank has standards for fisheries and agriculture; only one bank has a policy specifically for dams (HSBC), extractive industries (ABN AMRO) and chemicals (HSBC); and that the vast majority of banks have no human rights guidelines.

“This study shows that the banks have some real blind spots when it comes to sustainability.  Only eight banks – or 20 per cent of those surveyed – have a human rights policy, which is a huge gap given the importance of this issue,” said Johan Frijns, coordinator of BankTrack, an international network of advocacy NGOs monitoring the finance sector.  “Before the banking sector congratulates itself too much for its successes it should take a hard look at this report and tackle those problem areas where progress is urgently needed.”

The study also serves as a reality check for the banks which have adopted the Equator Principles, a set of project finance policies based on the International Finance Corporation standards.

Finally, because public information was limited, the report only benchmarks the quality of the financing standards themselves, but does not attempt to evaluate their implementation or their effect.

“Good environmental and social standards on paper mean nothing if they ultimately do not make a positive difference in people’s lives,” said Andreas Missbach of Berne Declaration.  “It is worrying that ABN AMRO, as one of the highest ranked banks, is involved in Shell’s highly destructive Sakhalin II oil and gas project along with lower-scoring ones like Credit Suisse.”

Niall O'Shea, Responsible Shareholding Analyst, Co-operative Insurance Society, UK (investor in about half of the Equator Principles banks):  “CIS endorses the view  expressed in the WWF-UK report that while a few banks are taking a  leadership role, the majority have yet to demonstrate that they are living up to their Equator Principles commitments. This is because of a lack of joined up disclosure and of adequate accountability mechanisms. The current revision of the Principles is an opportunity for the banks to convince stakeholders they intend to be judged by their actions in a way that is transparent and comparable.”

Paul Q. Watchman. Partner at international law firm Freshfields Bruckhaus Deringer and recognised expert on banking: “The report marks a new maturity and objectivity in the work of the NGO community. This is an important report and WWF and BankTrack are to be congratulated for methodically peeling away the rhetoric and collective epiphany of the banking community and focusing on the reality of what is being done by the banks to discharge their new found social and environmental responsibilities. For some banks it makes surprising, and I suspect for Chairmen and CEOs of a number of leading banks, unpalatable reading.

For some banks the lack of progress made since becoming an Equator Bank in terms of policy development or transparency must in some cases be galling and in others deeply disappointing. It will come as no surprise for those that know the project finance market that ABN AMRO and HSBC were leaders of the pack. However, there is little room for smugness on their part as what is truly surprising is how little effort they had to make to come top of the class, both were D+, the fourth lowest grade. Equally disappointing was the finding that over 50 per cent of the banks reviewed scored the lowest category, E. If this was the European Song Contest the singers would be put out of their misery by pulling the plug from the socket.

Not unnaturally after almost 3 years of the Equator Banks talking a good game, like Jerry Maguire’s client the NGO community has begun to lose patience with talk and want the banks to “show them the money.”

The banks should not see this as a threat but rise to the challenge set out in this outstanding report. Looking at the highly rated policies of the leading banks in the key social and environmental areas is a reasonable place to start. However, more fundamentally it is worth asking the question why 35 of the banks reviewed do not have a policy on the extractive industries or 31 of them do not have a policy on human rights. If WWF and BankTrack achieve nothing else they will have caused a lot of very important financial institutions to re-consider their position. Time, as they say in the movies, to see which of them will be able to walk the walk as well as talk the talk. My bet is that a number of Equator Bank Chairmen, such as Charles Prince at Citi and Sir John Bond at HSBC, will be kitting out their teams with running shoes.”