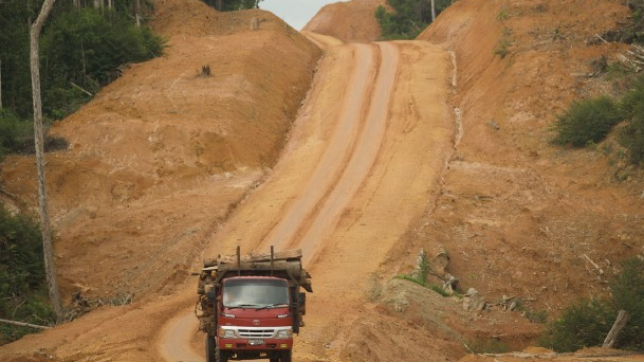 The China Development Bank is rapidly becoming an important player in international development finance, but it currently lacks the environmental and social standards that are expected of a world-class financial institution.

That is the conclusion of a report (and summary in Chinese) released today by Friends of the Earth – United States and BankTrack, an international network of civil society organisations tracking the operations of the financial sector. The report, China Development Bank’s Overseas Investments, is the third report related to the Chinese banking sector that the two organizations have jointly published.

China Development Bank is now the world’s largest development bank by total assets (almost USD 1 trillion) and China’s biggest lender, financing cross-border transactions and investment in over 90 countries and regions. The report describes the bank’s global footprint, and identifies the ways in which the bank raises and disburses financing.

It also describes the bank’s environmental and social financing policies, and includes case studies describing the on-the-ground reality faced by communities around the world who are impacted by CDB’s transactions.

“From the Shwe gas project in Burma, to tar sands development in Canada, and illegal logging in Indonesia, CDB is involved in ‘Dodgy Deals’ around the globe,” said Johan Frijns, Director of BankTrack, which keeps an inventory of controversial bank-financed transactions on its website. “It is clear that CDB’s policies are not doing nearly enough to protect communities and the environment.”

“In order to fulfill its duties as a prominent international bank, as well as comply with new Chinese banking regulations, CDB must make significant strides in implementing international best practices,” said Michelle Chan, Director of Economic Policy Programs at Friends of the Earth – US. “Like other international banks, CDB needs to develop strong safeguards for environmentally and socially sensitive transactions, be much more transparent on how it conducts its operations and include local communities and other stakeholders in decision-making on investments that affect their legitimate interests.”

Recently the CDB released its 2011 corporate social responsibility report, which was not included the Friends of the Earth/ BankTrack analysis. However, CDB’s new report shows that the bank’s overseas financing continues to increase, along with its portfolio of environmental lending. Today, CDB is a leading financier of environmental projects at both home and overseas; for example, it provides major support for the expansion of Chinese companies into renewable wind and solar energy abroad.

“CDB’s concerted efforts to finance environmentally beneficial activities shows that the bank has tremendous potential to catalyze ecologically and socially sustainable development,” said Chan. “By working hand-in-hand with stakeholders, including Chinese civil society, CDB has the potential to show global leadership in this area.”