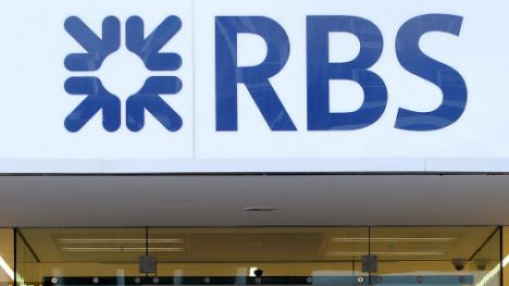 Three pressure groups today served the Treasury with their application to the High Court, challenging last November's decision to provide a further £25 billion of public money to the Royal Bank of Scotland.

According to the Treasury's guidance, when determining if and how public money is spent, an assessment of the likely impact the proposed spending will have on human rights and the environment has to be completed before the money can be provided. The World Development Movement, PLATFORM and People & Planet believe that no proper assessment was undertaken and that the Treasury have failed to adequately calculate the negative impact of allowing RBS to invest taxpayers' money into harmful projects.

The same groups took the Treasury to the High Court last year where one of reasons given by the Treasury for not ensuring public money invested in RBS is spent in a way consistent with its own commitments on human rights and climate change is that such a restriction would be harmful to the
"financial stability" of the bank. The Treasury also argued that to use RBS' need for capital as a mechanism by which the Treasury could impose wider Government policy objectives would be inappropriate. The campaigners argue this is clearly inconsistent with the Treasury's position and subsequent intervention over the bonuses awarded by RBS to its staff.

A condition of RBS receiving the November cash injection under the Asset Protection Scheme was that it would increase lending to businesses and home owners and not pay cash bonuses to staff earning over £39,000. The campaigners say that a similar condition could and should have been
imposed on RBS in relation to their investments in projects and companies which are harmful to the environment and human rights. The Treasury's 'hypocrisy' is particularly irresponsible given that RBS is notorious for providing money to projects and companies which are harmful to climate change and associated with appalling breaches in human rights.

CASE STUDY: Where our money is going? Tullow Oil in border region of Uganda and the Democratic Republic of Congo

In January 2009, RBS helped raise £400 million for the Irish company Tullow Oil, and in March 2009 RBS was part of a consortium of 14 banks that lent £1.4 billion to Tullow Oil. Tullow Oil is involved in the exploration and extraction of oil on the border between Uganda and the Democratic Republic of Congo (DRC). This area has seen some of the fiercest fighting in an extractive resource-driven civil war as rival armies and militias have struggled for control of the land.

"The assessment completed by the Treasury fails completely to comply with the mandatory requirements of its own guidance and its failure to apply a consistent policy by insisting on control over the payment of bonuses but not over the lending to climate change and human rights damaging projects is unlawful."

"It is difficult to understand why the Treasury can order RBS to increase its lending to small businesses and home owners or curb bonuses but believe it would be unlawful for it to tell RBS to phase out its lending in hugely controversial tar sands, and investing in low carbon projects
instead.  This is hypocrisy on a grand scale. The Treasury has shown that is has the power, if not the will, to intervene in RBS' lending for the public good."

"This second legal challenge is necessary because the Treasury has failed the public again: it demonstrated that it could act in the public interest by reining in city bonuses, but shirked once more from curbing harmful investments.  RBS is continuing to channel public money into projects around the world that impact communities, ecosystems and the climate - the Treasury demonstrated that it is within its power to prevent this, which is exactly what we're calling on them to do."

"For the second time in a year we are compelled to take the Treasury to court because of the way it is managing the Royal Bank of Scotland. RBS is the dirtiest bank in the UK. It has a long track record of financing projects and activities that will increase global carbon emissions, make climate change more likely and are destroying precious habitats. The Treasury has the power to require RBS to change - but its consistent failure to do so indicates a total blind spot in Treasury when it comes to responsible investment."

The organisations first launched legal action in June last year over the initial bail out, after an initial set back when the High Court blocked permission for Judicial Review, the groups lodged an appeal at the Court of Appeal, which will be heard on February 19th.

Tullow has been the subject of recent controversy in Uganda over the oil contracts it has signed with the Ugandan government. Tullow Oil had consistently claimed that its contracts with Kampala were "the best deals in the world" for the government, but a review of Uganda's contracts commissioned by the Norwegian Agency for International Cooperation (NORAD) in 2008 concluded that the profit-share model adopted "cannot be regarded as being in accordance with the interests of the host country".

The 20-year contracts, consistently weak or completely silent on human rights protection, also include a sweeping "stabilisation clause" - article 19 requires the Ugandan government to compensate the companies for any future change in the law that affects their profits - designed to militate against improvements in environmental standards.