Home › News
New guidance notes on energy by ORSE: Falling short of the mark!
By: Friends of the Earth France
2013-02-06
Paris
Contact: 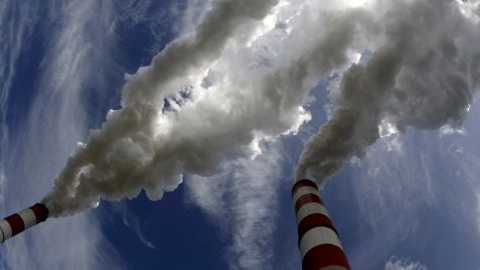 ORSE, the Study Centre for Corporate Social Responsibility, which gathers major players of the financing of the French economy and abroad, published yesterday its new guidance notes on the energy sector aimed to inspire sector policies for French banks and insurers (1). For Friends of the Earth France, while these guidance notes are a first step, they are largely insufficient and far from FoE France's demands. The necessary energy transition will not happen if banks continue to finance new coal fired power plants, unconventional fossil fuels projects, huge dams or nuclear power plants unabated, the environmental and social impacts of which become ever more disastrous. These activities need to be excluded from financing, and French financial players' "financed emissions" need to decrease significantly, as fast as possible.

The adoption of sector policies in the energy sector has been a priority demand of FoE France since the publication of the report "French Banks, Fossil Banks?" in 2007 (2). Major French banks, notably BNP Paribas, Société Générale and Crédit Agricole, were at first far behind other international banks, but have progressively adopted energy sector policies in the past few years. The adoption of these guidance notes in the energy sector by ORSE, aimed to inspire such policies in other banks as well as insurers and asset managers in France, is then a first step in the right direction.
The ORSE guidelines, however, very much resemble the latest sector policies adopted by French banks, and are, like the sector policies, wholly insufficient. Viviana Varin, campaigner on finance sector responsibility for FoE France, explains where the problem lies: "The wording of these guidance notes is deceiving. The presentation of the issues is highly biased, the vocabulary often vague, and the numerous loopholes leave much room for interpretation, making these notes a real Swiss cheese. Moreover, the selection or exclusion criteria do not live up to the stated ambition of "reflecting current best practices in the market" since many of those best practices are actually missing in the guidance notes. The improvements mentioned are unfortunately timid, such as the reference to the criteria of the World Commission on Dams for the hydroelectric sector, mentioned only as "recommendation" and not an obligation for new projects in the South".
But the main issue lies in the continued distaste of French financial institutions for the complete exclusion of dodgy activities. Yann Louvel, Climate and Energy Campaign Coordinator for the BankTrack network, concludes: "Rather than excluding the sectors and activities that have the most negative impacts on the climate, the environmental or living conditions of local communities, such as coal fired power plants, tar sands projects, oil projects in the Arctic or nuclear power plants, these guidance notes try to come up with acceptable criteria which are unfortunately totally insufficient. For BankTrack, such unconventional fossil fuels projects or nuclear projects cannot be "responsible" by nature. French banks have not drawn the lessons from the latest catastrophes in this sector, starting with the Fukushima disaster. They must adopt full exclusion of these false solutions to the climate and environmental crises, and reduce their financed emissions as fast as possible not to be involved any more in many dodgy deals around the world."
(1) Those policies are available only in French on this page.
(2) An executive summary in English of the report "French banks, fossil banks?" published in 2007 is available on this page.