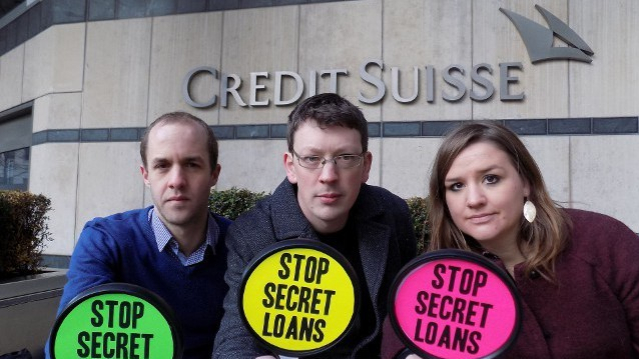 Campaigners in Mozambique have called for secret debts to be cancelled before the IMF lends to the country again, alongside a range of measures including public disclosure of the audit into the debts, mechanisms to hold leaders accountable for actions and greater tax collection from megaprojects in the country.

“The only sustainable way out of Mozambique’s economic crisis is through far greater transparency in borrowing and lending, and ensuring that any adjustment falls on those who are able to pay, and that Mozambique does not get trapped by an unpayable debt burden.”

The statement has been released at the same time as the Mozambique government was expected not to make payments on one of the secret debts on 21 March. An audit of the deals by US company Kroll is expected to be completed by 31 March. The statement calls for the full audit to be publicly disclosed. It also calls for:

Mozambique’s debt crisis has come from revelations in April 2016 that money had been lent to companies in Mozambique, with government guarantees, without them being publicly disclosed or agreed by the Mozambican parliament. Furthermore, the fall in global commodity prices since mid-2014 has cut the Mozambique government’s revenue, and contributed to the meticais, the Mozambican currency, falling 60% against the dollar, rapidly increasing the size of foreign-owed debts.

In 2013, the London branches of Credit Suisse and VTB Capital arranged for the Mozambique government to borrow $850 million from international speculators, supposedly to pay for a tuna fishing fleet, with an interest rate of 8.5%. Unbeknown to most people at the time, Credit Suisse and VTB together also lent a further $1.1 billion, under English law, to two state owned companies in Mozambique, much of which is now reported to have been spent on military equipment.

From 2001 to 2014 Mozambique was one of the fastest growing economies in the world. This was based on a series of mega projects based around the extraction and export of resources such as fossil fuels and metals. In a report in 2015, Jubilee Debt Campaign showed how this high growth was not leading to significant poverty reduction and that the dependence on raw materials made the country vulnerable to a big fall in prices, which could lead to a debt crisis.

The first ever mega project was an aluminium smelter just outside Maputo. In 2013 Jubilee Debt Campaign showed how foreign companies and governments, including the UK, were making large amounts of money out of this factory, whilst tax exemptions meant the Mozambique government was left with almost nothing.

In December 2015, the IMF began lending money to Mozambique to pay off previous lenders, whilst keeping the country in debt.

Then in April 2016, the existence of the hidden debts was finally revealed by investigative journalists. None of the loans were approved by the Mozambique parliament, breaching the country’s constitution.

The revelation has led to the IMF suspending its loans, followed by the World Bank and western governments. The Financial Conduct Authority in the UK has been reported to be investigating the activities of Credit Suisse and VTB to see if they misled other lenders.

Mozambique’s debt is now thought to be $11.6 billion, 93% of GDP, and without the loans from the IMF and World Bank to pay off other lenders, the debt cannot be paid.

Once the audit by Kroll is released, negotiations are expected to begin between the Mozambique government, IMF and creditors over debt restructurings and future loans. The statement from groups in Mozambique is clear on the major changes which are needed before new money is lent.

Blog: Mozambique’s secret loans: A scandal that started in London