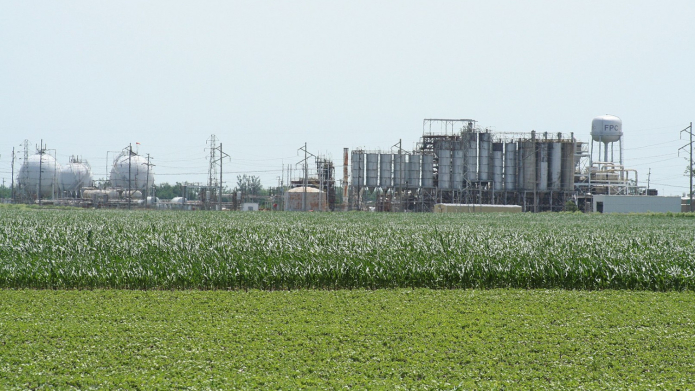 The lawsuit challenges the U.S. Army Corps of Engineers’ failure to disclose the environmental damage and public health risks of the plastic facility under the National Environmental Policy Act. The Corps also failed to adequately consider the harm to cultural resources such as slave burial grounds on the site, a violation of the National Historical Preservation Act, according to the lawsuit.

Formosa’s project would destroy wetlands that guard against flooding and pollute the Mississippi River, which provides drinking water for New Orleans. It would also more than double dangerous air emissions in an area dubbed “Cancer Alley” because of health problems associated with current industrial pollution.

The plant would create plastic from the country’s oversupply of fracked gas, worsening ocean plastic pollution and the climate crisis. The project is part of the petrochemical industry’s push to steeply increase U.S. plastic production.

Today’s suit was filed in U.S. District Court in Washington, D.C. by the Center for Biological Diversity, Healthy Gulf, Rise St. James and the Louisiana Bucket Brigade. It demands the Corps rescind the Clean Water Act and Rivers and Harbors Act permits it issued for the project in September and conduct a full environmental impact study.

“The Trump administration rubber-stamped this project instead of disclosing how Formosa Plastics would damage wetlands, poison communities and pollute water,” said Emily Jeffers, a Center for Biological Diversity attorney. “Formosa has a terrible record of spilling plastic pellets and releasing toxic pollutants. The federal government is long overdue in regulating the plastics boom and holding this company accountable.”

Formosa Plastics has a long history of environmental violations and polluting communities. A federal judge found Formosa Plastics liable for polluting Texas waterways with billions of plastic nurdles, calling the company a “serial offender,” and in December approving a record $50 million settlement in a citizens lawsuit against Formosa.

“The Army Corps is fast-tracking the permits for Formosa Plastics, a company found guilty in 2019 of dumping billions of plastic pellets into Texas’ waterways and the Gulf. This is absolutely unacceptable,” said Cyn Sarthou, executive director of Healthy Gulf. “Louisiana should be very cautious of letting this serial polluter open a massive new facility in our state. At a minimum, they should require a thorough analysis of this company’s potential impact on our water, our air, our drainage, and our communities.”

Rise St. James and other groups that represent residents who live near the project site have organized marches, demonstrations and other political and legal actions opposing the project over the last year. Mostly recently, they discovered records of slave burial grounds on the project site that may not have been properly disclosed and protected.

“If they allow this plant to come into St. James, it’ll more than double the pollutants in our air. We are already breathing toxic air and it’s making us sick,” said Sharon Lavigne, president of Rise St. James. “If this plant comes into our community we won’t be able to breathe the air. We can’t live with this chemical plant, it’ll kill us.”

"Our suit today is a step toward sanity. Louisiana is sinking into the ocean, and our federal government isn't stepping in to save us but is making it worse by permitting this giant plastics plant in our fragile coastal area,” said Anne Rolfes of Louisiana Bucket Brigade. “The stupidity is mind-boggling. What is really needed is a ban on new industrial development, starting with Formosa Plastics."

Petrochemical production is the fastest-growing use of fossil fuels. The creation of plastic causes adverse health impacts at every stage of production, from methane leakage during extraction and pollution from factories to plastic pollution in the environment.

Plastic has been accumulating in our oceans for decades, with an estimated 8 million tons added every year, and it’s expected to outweigh all the fish in the sea by 2050. Environmental pollutants adhere to plastic as it travels through the ocean food chain, collects in ocean gyres or washes up on beaches.

The plastic industry has announced plans to increase North American plastic production by at least 35 percent by 2025. Some of the biggest projects are ethane cracker and polymerization plants, including this Formosa plant, which mostly produces plastic destined for single-use packaging designed to be immediately discarded.