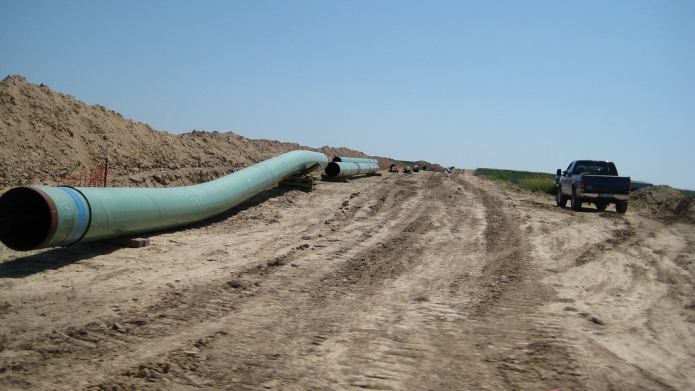 Today, Greenpeace USA, Greenpeace UK, and endorsing groups including BOLD Nebraska, Oil Change International (OCI), National Resources Defense Council (NRDC), and Rainforest Action Network (RAN) released an investor briefing on the current state of the Keystone XL pipeline project and the legal, regulatory, and political obstacles it continues to face to achieve completion. The briefing will be shared tomorrow with key lenders and thought-leaders who cover TransCanada and comes in advance of TransCanada’s 4th quarter earnings call to its investors the same day. The briefing includes a detailed analysis of the changes the Keystone XL pipeline project incurred during the last financial quarter, as well as a list of critical questions institutional investors may wish to ask to help determine the project’s commercial viability.

Among the major risks to the Keystone XL project included in the briefing are:

The briefing can be downloaded here.

TransCanada has yet to make its final investment decision on Keystone XL, a project which continues to face legal and regulatory challenges. The pipeline company had estimated that it would make its determination last December, but has since indicated that it could make the announcement by the end of the first quarter 2018 (March 31).

In October 2017, Greenpeace and OCI released an in-depth report that outlined the financial and reputational risks related to three tar sands pipelines, including Keystone XL.