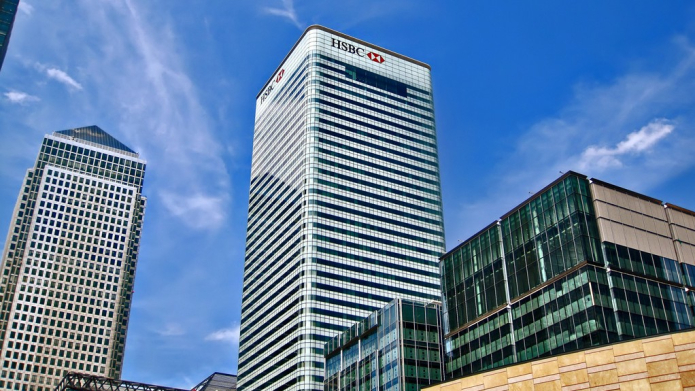 Europe’s largest bank has today announced it will go net-zero by 2050 but these commitments lack immediate exclusions of coal, oil and gas companies, and those most responsible for deforestation, which are now the bar of ambition.

Campaigners warned that if HSBC’s net-zero commitment is to have any credibility, the bank has urgent work to do today to phase-out support not just for coal but for companies involved in further oil and gas extraction and infrastructure, on an explicit timeline that is aligned with limiting climate change to 1.5C.

HSBC is Europe’s second largest financier of fossil fuels, according to the Banking on Climate Change report. Since the signing of the Paris Agreement, the bank has provided $87bn in financing to top fossil fuel companies, and between 2017 and Q3 2019 provided nearly $8bn in loans and underwriting to 29 companies that are developing coal plants. It has also provided $2.4 billion in loans and underwriting to the production and trade of commodities driving tropical deforestation, which plays a significant role in exacerbating climate change.

This announcement is unlikely to be sufficient for investors who last year sent a letter to the bank’s then-CEO asking HSBC to cease financing to companies that are highly dependent on coal mining or coal power. In May this year, Barclays’ climate commitments – which lacked near-term exclusion of coal, oil, and gas – were not enough to win over 24% of shareholders who voted for an independent resolution levied by ShareAction and investors calling for clear phase-out targets.

Becky Jarvis, coordinator of Fund Our Future UK, a network of campaign groups, says: “HSBC’s net-zero commitment is a bit like saying you’ll give up smoking by 2050, but continuing to buy a pack a week, or even smoking more. Any further financing of oil, gas, and coal expansion today is utterly at odds with a net-zero commitment by 2050. That’s just science, not finance.”

Jeanne Martin, senior campaign manager, ShareAction, says: “We welcome HSBC’s commitment to net zero by 2050. Since Barclays’ announcement in March 2020, net zero ambitions are quickly becoming the baseline in the banking industry. As shareholders made clear at the 2020 Barclays AGM, net zero ambitions need to be backed up by fossil fuel phase out targets to be credible. As Europe’s second largest financier of fossil fuels, we urge HSBC to commit to a global coal phase out and take immediate steps to curb its fossil fuel financing. This would leave no doubt of the bank’s commitment to net zero by 2050 – and give the world a chance to avert the worst consequences of climate change.”

Lucie Pinson, founder and executive director at Reclaim Finance, says: “HSBC’s commitment is nothing more than an attempt to buy time while pretending to take climate action. There is no performative power in merely pledging to a 1.5°C world. This requires a full exit of the fossil industry, and the very bare minimum would be to immediately exclude all companies with coal expansion plans and require others to adopt a coal exit strategy, as BNP Paribas and many more serious banks have already done. For now, HSBC will remain among the worst poorly rated global banks in our Coal Policy Tool and will keep financing climate chaos.”

Adam McGibbon, UK Energy Finance Campaigner, at Market Forces, says: “A 550-word statement and not a single concrete commitment made by HSBC. This is zero ambition, not ‘Net Zero Ambition.’ If you want to know what HSBC’s stance on climate change really is, look at what they fund, not their fluffy marketing. This is a bank that owns stakes in companies seeking to build enough coal power plants to emit carbon emissions equivalent to 37 years of the UK’s annual emissions.

HSBC’s statement that they’ll be “net zero by 2050″ is like someone saying they’ll go on a diet by 2050 – they hope it sounds impressive, but it’s meaningless.”

Hana Heineken, senior campaigner at Rainforest Action Network, says: “From funding coal, oil and gas to the Amazon-destroying beef sector, HSBC’s carbon footprint has been substantial. This net zero commitment is welcome, but if HSBC is serious about dealing with the climate crisis, then it needs to stop funding fossil fuel expansion and forest destruction now. Anything less is greenwash.”

Johan Frijns, director of BankTrack says: "What is it with banks lately, setting their sights firmly on 2050 and what they will do by then, almost half a life time away, but failing to see the climate chaos and forest destruction happening right in front of them now? To stop the climate crisis from further unfolding we need banks like HSBC to immediately end all finance for fossil fuel expansion and anything that further destroys forests that are vital for our survival. We will only applaud long term target setting for 2050 when we see such commitments included."