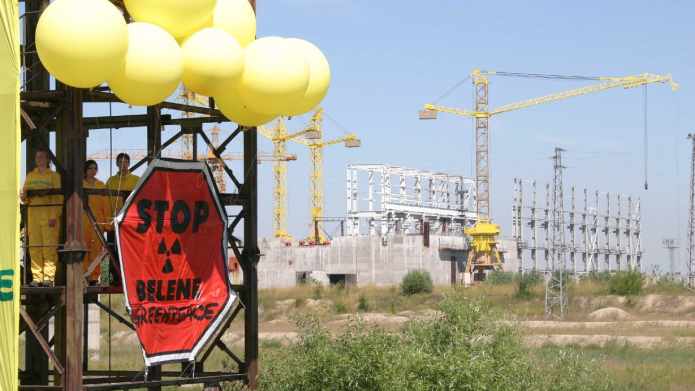 In the fall of 2006, Deutsche Bank, HypoVereinsbank and Commerzbank withdrew from the Belene nuclear power project, sited in an earthquake area in Northern Bulgaria. Through media work, postcards and e-mails, visits at the banks' AGMs, an international protest day and a protest week in 60 German cities, the banks were dissuaded from financing this extremely controversial project. The project was eventually called off in 2012.