Milieudefensie/Friends of the Earth Netherlands 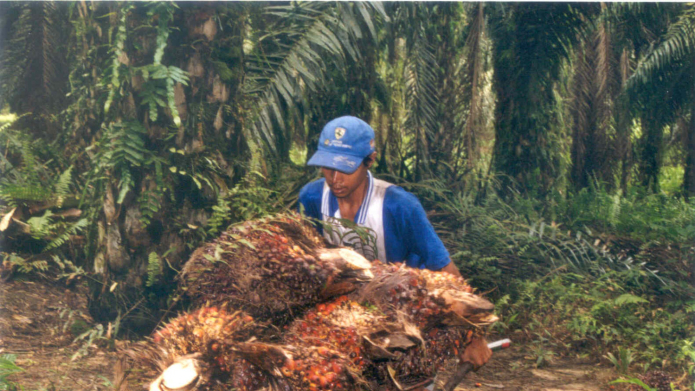 AMSTERDAM, 20 January 2020 - The Dutch National Contact Point for the Organization of Economic Co-operation and Development (OECD) today declared a complaint from three Friends of the Earth groups (Milieudefensie (Netherlands), SDI (Liberia) and WALHI (Indonesia)) against Dutch bank ING admissible. This complaint is unique in that for the first time a company is accused of ‘contributing to’ rather than being merely ‘linked to’ wrongdoing. The complaint is supported by several other international organizations ReAct, Fian Belgium, Brot für alle, FERN and CNCD-11.11.11.

Anne Wijers, from Friends of the Earth Netherlands, “ING has been ignoring abuses in the palm oil sector for years. For decades we’ve been alerting ING to concrete examples of abuses by the palm oil companies they finance. During this time abuses on the ground have continued unabated and ING continues financing these companies. So we have reached the point where it’s fair to say ING are complicit in the abuses.”

The Indonesian environmental organization WALHI (Friends of the Earth Indonesia) and the Liberian Sustainable Development Institute SDI (Friends of the Earth Liberia) are co-complainants. James Otto from SDI says, “We're confronted with these abuses every day. Local people are robbed of their income and do not get work as promised on plantations. People who do work there are injured, being exploited and live in miserable conditions.”

Oslan Purba, from WALHI recognizes the abuses described by Otto and highlights that deforestation and land grabbing are systemic in the palm oil sector, “What matters to us is that we have been presenting case after case for 20 years, yet European financial institutions continue financing palm oil companies. Dutch banks are seen as pioneers in the field of sustainability and human rights, but in practice we do not see them effectively encouraging the companies they work with to improve their behavior.”

Although the complaint from the three organizations can be read as an anthology of abuses, they reveal a much larger, underlying problem, “ING’s CSR policy is merely a paper tiger. Their policy is to avoid such abuses. But this is not the reality: reported abuses persist for a long time or are not solved at all. This complaint demonstrates once again that we need binding legislation for financial institutions to put an end to dubious investments," Milieudefensie’s Anne Wijers says.

WALHI, SDI and Milieudefensie have asked the OECD Dutch National Contact Point (NCP) to mediate and, if necessary, decide if ING is adhering to its own CSR policy. The organizations are particularly critical of ING because of its lack of awareness of existing abuses, underestimation of the extent of known abuses and inability to resolve them adequately. The organizations are also asking the OECD to clarify the conditions under which ING can be held responsible for the actions of companies they work with, the impact of their abuses and in what way ING should meaningfully contribute to remedies. The NCP is unlikely to make a final ruling on the complaint until spring 2021. Until then, the process will take place behind closed doors.

LINK: The Dutch NCP's initial assessment of the case

Agriculture for Industrial Crops | Agriculture for Palm Oil | Biomass Electric Power Generation
There are no companies active for this item now.
on record