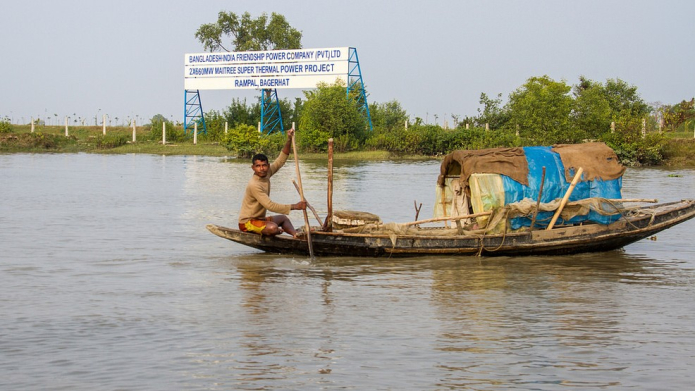 Ex-Im Bank of India’s confirmation today that it is providing a $1.6 billion loan to Bangladesh-India Friendship Power Company (BIFPCL) for development of the Rampal coal plant in Bangladesh has been strongly criticised by BankTrack.

“Ex-Im India’s decision to bankroll the massive Rampal coal plant in Bangladesh, situated right next to the Sundarbans mangrove forest, comes packaged with the claims that ‘state of the art technologies have been selected for this project’, and that ‘all environment concerns related to the project have been addressed’. Yet such statements are completely at odds with the deep concerns held by the Bangladeshi population and the international public, and fly in the face of overwhelming expert opinion to the contrary. Resistance is now set to grow further against the project promoters and the bank.

“Sundarbans is a vitally important natural wonder and economic resource for hundreds of thousands of Bangladeshis and the home to endangered species including the Royal Bengal Tiger and Irrawaddy dolphin. As is widely recognised, by international bodies such as UNESCO, Rampal stands to irreversibly blight the world’s largest mangrove forest with a range of major detrimental impacts.”

The Facility Agreement for Rampal financing between Ex-Im India and BIFPCL took place on April 10, one of a raft of deals signed between Bangladesh and India during a state visit to India made by Bangladesh’s prime minister Sheikh Hasina.

In October last year, a UNESCO monitoring mission report recommended that the 1,320 megawatt Rampal project should be ‘cancelled’ to avoid negative impacts to the Sundarbans, a designated UNESCO World Heritage site. This recommendation to the Bangladeshi government was based on a catalogue of egregious shortcomings and risks which, as the UNESCO report described in extensive detail, stem from BIFPCL’s inadequate assessment of the coal plant’s environmental impacts on the Sundarbans.

“If drastic improvements to the Rampal project have been made since UNESCO issued its unambiguous cancellation recommendation, it’s now incumbent on the project promoters and Ex-Im India to provide the public with the proof. Just in January, we saw the sinking of another barge containing 1,000 tonnes of coal in Sundarbans waterways, and the Rampal project would require 10,000 tonnes of coal shipped in daily through the same vulnerable rivers. Major question marks hang over Rampal’s investment fitness, and with the financial backing now confirmed for this disaster waiting to happen, alarm bells should already be ringing among major Western banks and investors who have anything to do with Ex-Im India.”

“The solar boom is under way in India, and the Indian government and Ex-Im India could have contributed to the development of renewables in Bangladesh. They are instead intent on sentencing the country to decades of coal dependency by building a coal plant which will contribute further to climate change, with Bangladesh facing some of the most acute and pressing climate risks."