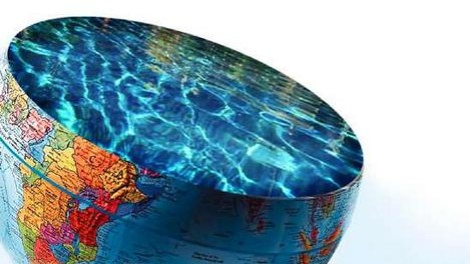 The Core group of organisations leading the global ‘Equator Banks, Act!’ campaign  welcomed the decision of the Equator Principles Association (EPA) to start a full revision process of the Equator Principles (EP). The group offered to constructively engage with the EPA on the revision process but warned that it will continue to monitor transactions under the EP framework and will vigorously oppose any EP project with a large negative impact on climate change and/or on indigenous territories.

The decision to revise the Principles was communicated on November 1st  in a statement from the EPA steering committee  which summarised the outcomes of the Brazil EPA annual meeting of October 24. It stated that “The EP Association is ... planning to start a process of updating the Equator Principles. The aim of the process will be on a targeted update to the EPs – ‘EP4’ – that will consider the key issues of scope of applicability, human rights (inclusive of the rights of Indigenous Peoples), and climate change, amongst others.” The statement further noted that the revision process will include consultations with external stakeholders and is to be concluded within 18 months (June 2019).

The decision of the EPA to revise the Principles appears to be a direct response to the demands of the ‘Equator Banks, Act!’ campaign, which generated unprecedented public interest in the outcomes of this year’s annual meeting. The campaign started on August 29 with an open letter from 65 organisations  calling on the Equator banks to make stronger commitments on ‘stopping the financing of climate disasters’ and to ‘fully respect Indigenous Peoples’ rights’ when considering financial support for projects. A global call to support these demands received the backing of nearly 250 organisations and over 110,000 individuals in a matter of two months.

Johan Frijns, director of BankTrack, commented: “Starting a full revision process was the only sensible decision for the Equator Principles Association to make. Already in 2013, the climate commitments contained in the current version of the EPs were wholly insufficient to prevent banks from financing the fossil fuel projects that pose an unacceptable risk to the world's climate. To stick to these outdated Principles in a post Paris Agreement world would have made them utterly irrelevant. What matters now is for the new Principles to be sufficiently ambitious, in light of the massive risk being posed by accelerating climate change. We intend to hold the EP banks’ feet to the fire, not only in the forthcoming review process but also in their selection of projects for finance before much more realistic standards are in place.”

Michelle Chan, Vice-President of Programs, Friends of the Earth US, said: “This is one of the achievements of the indigenous-led struggle against the Dakota Access Pipeline. Activists around the world pressured banks to pull out of DAPL, and blasted them for not having strong policies to prevent them funding projects that harmed the climate and indigenous peoples. Now 91 banks have agreed to adopt policies covering climate change and indigenous rights. This is an exciting step, but we will have to continue being vigilant and hold these banks accountable.”

Okereke Chinwike, Executive Director, African Law Foundation (AFRILAW), Nigeria, states: “This is part of global efforts toward building a better society for all where respect of human rights including indigenous peoples’ rights and climatic justice is at the center of  every development or any business operation. The 91 members of the EPA must show their commitment and demonstrate a strong will to ensure that the revision of the EPA is not far from this vision. In Africa, we will keep tracking the ongoing financing for equator complaint disaster projects, and their human rights impacts."

Vanessa Green, Director, DivestInvest Individual, said: "Given the banks' track record, seeing is believing at this stage. It's clear people and communities can influence bank behavior by affecting their reputation and their bottom line, so we'll continue to support personal, business and institutional account closures until we see project permits pulled or denied, fossil fuel company lines of credit left unrenewed, and tar sands operations contracting rather than expanding."

Leila Salazar-López, Executive Director, Amazon Watch, said: "We welcome the news that banks are waking up to the urgent need to reexamine how their investments fuel climate chaos and indigenous rights violations, from the Arctic to the Amazon. We call on EPA members, including banks like JPMorgan that we know fund companies wanting to drill for oil in the Amazon, to fully engage in this process and develop strong, effective principles."

Kelly Martin, Director of Beyond Dirty Fuels, Sierra Club: "We commend the Equator Principles Association for its intention to update the Principles, and to include human rights, indigenous rights, and climate among the issues under consideration. Loopholes that allowed Equator bank support for dangerous projects -- including the Dakota Access Pipeline -- not only put frontline communities in danger, but also expose the banks to serious economic risk. Respecting indigenous rights and addressing climate change is not only the right thing to do, it is the only fiscally responsible choice."

Osprey Orielle Lake, Executive Director/Founder, Women’s Earth and Climate Action Network (WECAN), commented, “There is no time to lose as climate disruption escalates and people around the world face life and death situations—particularly Indigenous and frontline communities. We commend the decision of the Equator Principles Association to revise their guidelines as Indigenous peoples and concerned groups around the world are calling for financial institutions engaged in fossil fuel extraction and development projects to stop business as usual given egregious violations against Indigenous peoples, their lands and human rights - and given the urgency of climate change. It is vital for banks to course correct now to respect Indigenous Peoples’ right to Free, Prior and Informed Consent and to transition off fossil fuels as we look towards a better future.”

Eric B. Stevenson González from Madrid Resistance, said: "It's always good to see people with the power to change things for the better make the decision to do so. Now, we'll be watching for that decision to turn to prompt action and look forward to seeing the results of that action shortly - in the form of a notable decrease in projects affecting climate change and the disappearance of reports from indigenous peoples of violations of the rights and sovereignty of their communities."

Michelle Cook, Divest, Invest, Protect (WECAN International) "Securing indigenous peoples ability to deny or withhold their free, prior, and informed consent to development projects in their traditional territories is critical to ensuring their human rights, physical existence, and cultural survival. Indigenous peoples are the protectors of the world's last regions on biodiversity therefore implementing their right to FPIC over their homelands, and supporting their right to say "No" to harmful development projects occurring within those territories protects not just indigenous peoples, but the world's remaining natural resources. Without consent, indigenous peoples will continue to disproportionately experience environmental exploitation, conflict, and violence when it comes to invasive energy development by multinational corporations. Indigenous peoples are more than "risks"; they are rights and title holders who are seeking peaceful self-determined development and futures. As our species stands on a great precipice of climate change and uncertainty, protecting our collective well-being, by protecting indigenous peoples human rights to FPIC, is one of the most logical steps to follow, not only for banks adhering to and currently revising the Equator Principles, but also states, non-state actors, and civil society."