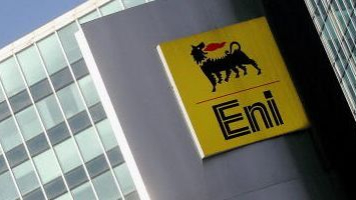 Plans by oil company Eni to develop tar sands and oil palm in the Congo Basin risk irreversible damage to biodiversity, local communities and our climate, and break the company´s own guidelines, according to Congolese human rights organisations and their international partners. In a report published today, Energy Futures? Eni´s Investments in tar sands and palm oil in the Congo Basin, the groups argue that given their potential for local harm and their huge carbon footprint, such investments should be considered too high risk for Eni or any other energy company.

This is the first tar sands exploration in Africa, while the palm oil project for food and agro-fuels would be one of the largest on the continent. Eni´s deal was signed in 2008 with the Republic of Congo (Brazzaville), an oil-rich but poor state with minimal transparency and respect for human rights. Forests cover two thirds of Congo and are essential for the livelihoods of local people, as well as a vital carbon sink. Congo's Government wants to lead on stewarding the global resource of the Basin, but its record on forest law enforcement and environmental protection is weak.

Eni is currently ranked as the world´s most "sustainable" oil company. Most recently, its CEO Paolo Scaroni urged delegates at the UN Leadership Forum in New York to take action on climate change. Yet research shows that Eni´s new investments in Congo are not a step down the path of energy sustainability. "With less than a month to go to the Copenhagen summit, Eni´s projects undermine its green credentials. They also highlight the wider costs of promoting high-carbon, export-driven energy investments - especially in ecologically sensitive areas with poor governance", commented Barbara Unmüssig, President of the Heinrich Böll Foundation.

Eni´s tar sands exploration is taking place over a huge 1,790 KM2 area. The exact location of the oil palm plantation is unknown, but it will claim 70,000 hectares of "unfarmed" land. Eni says neither project will take place on rainforest and areas of high biodiversity or involve resettlement of people. Yet privately, Eni estimates the tar sands zone comprises 50 to 70% rainforest and other highly environmentally sensitive areas. According to Congolese human rights activist Brice Mackosso (Justice and Peace Commission, Pointe-Noire): "Local people, already suffering the impacts of oil development, have not been meaningfully consulted over the new projects. This violates Eni´s own human rights and environmental policies".

In Alberta, Canada, tar sands development has led to destruction of the boreal forest, air and water pollution, and health impacts for downstream communities. Producing a barrel of oil from bitumen is 3 to 5 times higher in greenhouse gas emissions than conventional oil, and Canadians now have the highest carbon footprint of any G8 citizens. Equally, monoculture plantations for agro-fuels are a major source of the deforestation that accounts for 20% of global emissions. Oil palm cultivation is also linked to increased food insecurity, land conflicts, human rights abuses and threats to indigenous groups.

"Eni´s new projects point to a lack of oversight by its key shareholder, the Italian Government" states Elena Gerebizza of Italian group Campaign for the Reform of the World Bank. "Italy has a clear responsibility to ensure that investments by Eni consider fully their likely developmental and climate impacts, and do not work against the country´s international commitments, such as reducing carbon emissions".