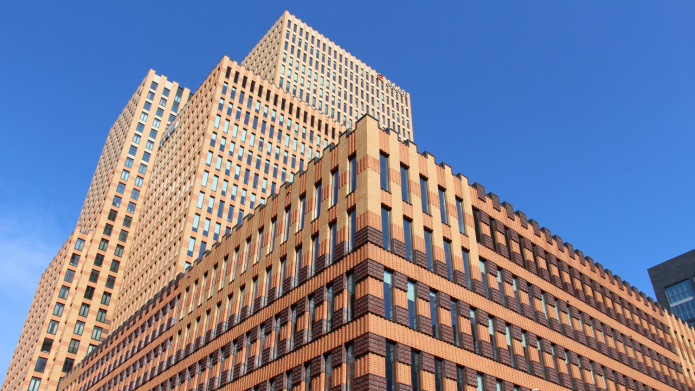 The final report of the Independent Monitoring Committee into the three-year Dutch Banking Sector Agreement on Human Rights, published last week, harshly criticizes Dutch banks and the Dutch Banking Association (the Nederlandse Vereniging van Banken, or NVB) for failing to address the issue of client confidentiality in the course of the Agreement. The Dutch Banking Sector Agreement on Human Rights (DBA) was a three-year agreement between banks, civil society groups, trade unions and governments, which was signed in 2016 and formally came to a close in December 2019.

The Monitoring Committee, made up of three independent experts from the fields of academia, business and law who were appointed by the Dutch government to monitor the multi-stakeholder agreement, identified the issue of client confidentiality as “pivotal to further transparency and accountability” and “one of the main clashing points” between NGOs and the Dutch banks and NVB. The Committee states that although it urged the NVB and the banks to “push this topic and make real progress” in its Year Two report, they failed to provide “convincing evidence that this happened or a clear plan how this will happen.”

Banks owe a duty of confidentiality to their clients in most cases, meaning they are not usually able to share information about their clients without the client’s consent. As explored in a 2019 briefing paper by BankTrack, banks often use this duty as an excuse to withhold information from communities and civil society groups about their finance for companies and projects that raise concern. However, this barrier can be readily overcome. For example, several banks publish full lists of their business and corporate customers, requiring consent as a condition of providing banking services, and most commercial banks routinely share information about their lending activities with proprietary financial databases such as Bloomberg. Guidance from the OECD encourages banks to respond to client confidentiality restrictions by obtaining client consent to disclose specific information, ideally at the outset of a relationship, although this has not yet become common practice.

The NVB, which represented adhering banks as a main party to the Agreement, draws particular criticism on this issue. Its response to client confidentiality was characterised by the Monitoring Committee as intended “mainly to defend the status quo rather than bending over backwards to find creative solutions within the current framework”. The NVB indicated that “the Dutch banks consider they already provide sufficient transparency”, the report says. As a general observation, the Committee stated it “repeatedly observed a lack of substantiation in NVB’s reporting” to it,  although “the Monitoring Committee has no doubt that NVB was most valuable in supporting its members, particularly the smaller banks, in complying with the DBA commitments and in coordinating the communication between the banks.”

A short briefing on client confidentiality by the legal firm NautaDutilh, produced for the Parties to the DBA in 2017, is described as “more or less taken as a given by the NVB, the adhering banks and the Government, rather than as a starting point for further development.” Banks and the Government were commended for an attempt to engage with the Loan Markets Association (the LMA, a London-based membership organisation which provides template loan documentation), although this was “not successful”, the Committee said.

Ryan Brightwell, Human Rights Campaign Coordinator with BankTrack, commented, “The Dutch Banking Sector Agreement has helped level up banks’ policy approach to human rights, but for banks to move beyond policies and reach some level of accountability for their human rights impacts, client confidentiality needs to be tackled head-on. We have urged the banks and the NVB to come together and take action on this issue, as have the civil society parties to the Agreement and the Monitoring Committee, and we have offered to contribute to this process. So far the silence from the banks has been deafening.”

The Monitoring Committee stresses “the importance of a substantive follow-up of the DBA”, and notes that “the NVB, adhering banks and NGOs are still in the process of discussing how they can work together to overcome the obstacle of client confidentiality.” However a one-page closing statement from the parties to the Agreement does not mention any further collaboration between the different parties.

The civil society parties to the Agreement (Amnesty International, Oxfam Novib, Pax and Save the Children) stated in response to the Monitoring Committee report that it “underlines the need for clear legislation to ensure that banks and companies operate with respect for human rights.”

The Dutch Banking Sector Agreement is an agreement concluded in 2016 between the Dutch government (BUZA and MinFin), Dutch banks (such as ING, Rabobank and ABN AMRO), the Dutch Banking Association (NVB), the trade unions FNV and CNV and four NGOs: Amnesty International, Oxfam Novib, PAX and Save the Children. The Agreement is the second IRBC Agreement that has been signed and it is the first to be fully completed. The Agreements were established in 2013 by the then-Minister Ploumen for Foreign Trade and Development Cooperation as part of the policy paper 'What the world deserves: A new agenda for aid, trade and investment'.

The report of the Independent Monitoring Committee is available here.

A news story on the website of the DBA accompanying the report and closing statement is here.

The final statement of the DBA Steering Committee is here.

Links to previous BankTrack commentary on the DBA and its progress since 2016 can be found here.

The press release in response to the Independent Monitoring Committee report by PAX, Amnesty International, Save the Children and Oxfam Novib is available here.