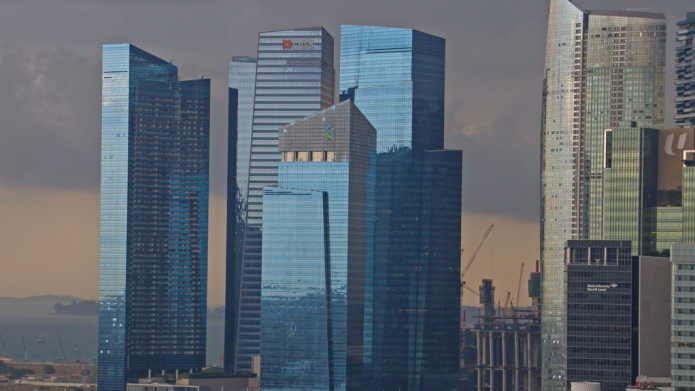 At the annual general meeting of DBS today, the Singaporean bank was challenged over its plans to excuse several proposed projects from its policy to stop funding new coal power.

Last Thursday DBS released what, in all fairness, was a pretty good policy on coal power plants. They simply said the bank would not lend to any new coal power plants, regardless of technology type. It made DBS the third major lender in ASEAN in the last seven months to rule out new coal, following Standard Chartered and OCBC.

But like the other two banks, DBS’ policy had a catch. It allowed the bank to continue with projects it was already involved with at the time the policy was announced. These included the Vung Ang 2 and Van Phong 1 power stations in Vietnam (the latter of which was financed the very next day), and Java 9 and 10 in Indonesia.

Adhityani Putri, a representative from Indonesia, attended the AGM to specifically ask about the bank’s involvement in the Java 9 and 10 project, a 2,000 MW power station.

Java 9 and 10 would be built about 100km from Jakarta and, in Adhityani’s words, contribute to making the city unlivable from air pollution that would vastly exceed the World Health Organisation’s standards.

She asked DBS whether they were aware of the full extent of the health impacts that would be caused by Java 9 and 10 and, as financial adviser, whether DBS would communicate these risks to other banks that might join a syndicate, an undertaking DBS CEO Piyush Gupta didn’t make.

Market Forces’ Executive Director Julien Vincent then challenged DBS over its decision to finance new coal power stations, while claiming its policy was consistent with meeting the goals of the Paris Agreement.

He asked whether DBS agreed with the chief executive of the International Energy Agency (IEA), Fatih Birol, who said last year that “We have no room to build anything that emits CO2 emissions” if we want to stay below 2°C.

Mr Gupta responded citing the IEA’s Sustainable Development Scenario, which is claimed to be consistent with meeting the goals of the Paris Agreement. But in its announcement DBS made clear it relied on two competing scenarios to determine its policy; the IEA’s and the IPCC’s. The IPCC scenarios to keep global warming to 1.5ºC with no or little overshoot see a fall in coal power of nearly 80% by 2030, hardly the kind of scenario that allows for new coal power plants.

But the IEA’s Sustainable Development Scenario, which only goes out 20 years and targets a mere 50% chance of constraining warming to 2°C (rather than 1.5°C), relies heavily on unproven technologies and concepts in charting a course for reaching net zero emissions in the second half of the century.

It’s worth noting that the IEA doesn’t currently produce scenarios consistent with 1.5°C and has recently been requested to do so by over 40 business leaders, investors, and energy experts (not including DBS).

Ultimately, while there is a solid scientific basis for not financing new coal power plants based on the IPCC’s 1.5ºC scenario, and a highly risky and assumption-laden basis for using the IEA to justify new coal power of any kind, the decision to exclude several new coal power plants from the policy has nothing to do with science, and everything to do with the number of projects that DBS happened to be involved in at the time the policy was announced. If they were involved in one, three, five or ten new deals, that’s the number of projects DBS would attempt to grandfather through, regardless of the impact on greenhouse gas emissions.

Julien went on to ask how the bank managed the stranded asset risk that would be embedded in coal power plants that wouldn’t be able to see out their expected operating lives under a Paris-aligned scenario. Mr Gupta said that the banks were covered because of the backing of Export Credit Agencies, and power purchase agreements guaranteed by the coal power plant’s host government.

Mr Gupta agreed when Julien asked if that just transferred all of the risk onto the state.

This report was reposted from the original at MarketForces.org.au.