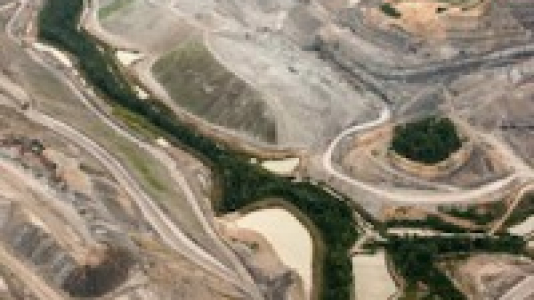 Friends of the Earth France (FoE France) today challenged the disastrous environmental and social impacts of Crédit Agricole's investments in the coal sector at the bank's Annual General Meeting (AGM) in Paris. The NGO asks Crédit Agricole to follow the example of BNP Paribas, which ended its ties with the main companies active in the field of "mountaintop removal", an extreme coal mining technique used in Appalachia, USA.

Indeed last year, following pressure from FoE France at their AGMs (1), both BNP and Crédit Agricole published sector policies partly related to MTR (2). Lucie Pinson, Finance Campaigner at Friends of the Earth, commented: "Crédit Agricole's metals and mining sector policy is no exception among banks' sector policies: the vocabulary is unclear and leaves much room for interpretation​​. It is no surprise that after adopting apparently similar policies, Credit Agricole and BNP Paribas have drawn completely opposite conclusions; one refraining from providing financial services to major companies active in MTR and the other continuing to finance and support them."

Paul Corbit Brown, from the Appalachian organization Keepers of the Mountains, which accompanied Friends of the Earth to the AGM, added: "By supporting Arch Coal and Alpha Natural Resources, which count among the top three mining companies active in MTR, Crédit Agricole participates in the destruction of one of the most beautiful mountain ranges in the world. The coal industry uses more than 3,000 tons of explosives daily to blow up our mountains, burying thousands of miles of rivers and causing rains to spread poisons in our communities. MTR is not just an environmental crime but is a real danger to people, and we are seeing cancer cases multiply."

These problems have also not gone unnoticed by the Working Group on UN Business and Human Rights, which after having traveled to West Virginia to collect the testimonies of people affected by the practice of MTR, commissioned an investigation into allegations of violations of human rights (3) by the companies.

Producers and their financiers are now caught by the reputational, regulatory and financial costs of this controversial practice. Many companies involved in MTR, including clients of Crédit Agricole, are now facing serious financial difficulties. For example, only last month the bank forced Trinity Coal, a subsidiary of the Indian mining company Essar, to file for involuntary bankruptcy (4).

Lucie Pinson concludes: "MTR is only the tip of the iceberg: Crédit Agricole has supported coal mining companies with more than two billion euros in lending and underwiting since 2005. Beyond the issue of MTR, Crédit Agricole must support the energy transition and replace its investments in fossil fuels with investments in energy efficiency and renewable energy."