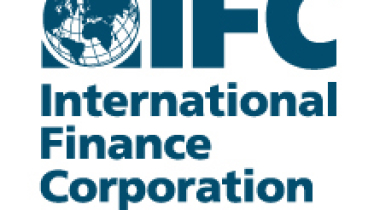 "IFC is becoming more like a commercial bank, but failing to incorporate lessons learned from the financial crisis in its lending practices. Standards for its clients are less clear, monitoring and supervision reduced, and development outcomes questionable.  This is not how public money should be spent," said Anne Perrault of the Center for International Environmental Law (CIEL), a Washington D.C.-based legal advocacy organization.

IFC, which committed over USD 12 billion in financing to the private sector in 2009, is reviewing the implementation and effectiveness of its Social and Environmental Sustainability Policy and Performance Standards. These Performance Standards, in turn, set the bar for 67 private banks (the Equator Principles Financial Institutions) involved in development project finance and many Export Credit Agencies.

"With its role as a global standard-setter, IFC should be raising the bar in terms of social and environmental responsibility for private development finance-but it is, instead, letting its own standards slide, resulting in water and air pollution and families being left without adequate homes or means to earn a living," said Joanna Levitt from the International Accountability Project in San Francisco.

The civil society letter points to a number of cases in which IFC-investments have had devastating impacts on local populations.

"For the last ten years we have been suffering from an epidemic of chronic renal insufficiency. Day after day we see our friends die," said Ezequiel Ramirez Salgado, President of the ASOCHIVIDA, an association of ex-sugarcane workers in Nicaragua who filed a complaint with the IFC's Compliance Advisor Ombudsman regarding a loan to a Nicaraguan sugar company.  "Instead of helping us get better medical care, the World Bank gave a loan to the biggest corporation in Central America, Grupo Pellas."

In the letter, civil society organizations also highlight the impact of IFC operations on greenhouse gas emissions. The letter calls on IFC to phase-out support for fossil-fuels, in line with the World Bank's own findings on the extractive industries sectors and commitments made by the G-20 at last year's summit in Pittsburgh, Pennsylvania.

"In order to trigger a portfolio shift towards low carbon technologies, IFC should make clear commitments to reduce total emissions according to a set timetable," said Antonio Tricarico of the Italian-based Campaign to Reform the World Bank . "A new reduction commitment might represent the most important short-term contribution of the World Bank Group to tackling the climate emergency."

The 11 March 2010, civil society letter addressed to Lars Thunell, Executive Vice President of the International Finance Corporation, can be found at: www.accountabilityproject.org/jointsubmission and www.ciel.org.

Sixty-seven financial institutions from twenty-seven countries have adopted the Equator Principles (EP). The EPs are a voluntary set of standards, based on IFC's sustainability framework, for determining, assessing and managing social and environmental risk in project financing. These private sector financial institutions operate in over 100 countries. As a result, the Equator Principles have become the project finance industry standard for addressing environmental and social issues in project financing globally.