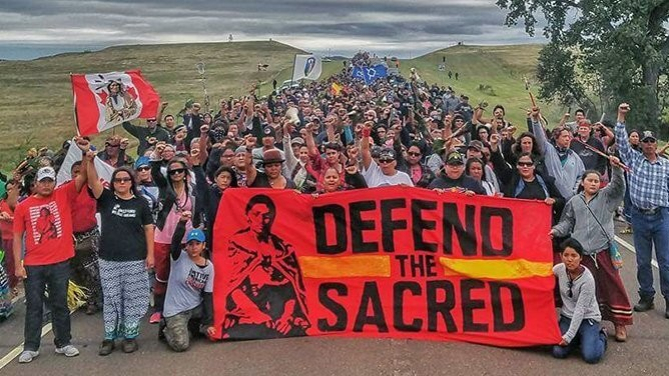 On the launch date of the newest iteration of the Equator Principles (EP4), 28 civil society groups are calling upon the Equator Principles Association (EPA) to publish additional guidance that states affirmatively that all projects financed in the coming period will not be considered Equator compliant unless they can demonstrate additional review against and compliance with all applicable IFC Performance Standards. In addition, they maintain that the distinction between so-called ‘Designated’ and ‘Non-Designated’ countries be removed entirely from any future revisions of the principles.

The revised EP4 maintains the distinction between designated countries - those presumed to have “robust environmental and social governance, legislation systems and institutional capacity designed to protect their people and the environment”, typically high-income OECD member countries - and non-designated countries - poorer countries that are presumed to lack such systems, where projects need to comply with IFC Performance Standards. Under the principles, projects located in designated countries are deemed in automatic compliance with Principles 2, 4, 5 and 6, unless the Equator Principles Financial Institution (EPFI) deems it necessary to also assess the project under certain IFC Performance Standards.

Civil society groups have underscored that the assumption is a false one, pointing to the Dakota Access Pipeline (DAPL) as an example of where risks to project-affected communities in a so-called designated country have had long-term impacts on the project. A federal court recently ruled that Energy Transfer, the developer of DAPL, must remove oil from the pipeline nearly three years after it went online. This ruling was based on the fact that Energy Transfer failed to provide a sufficient Environmental Impact Statement at the outset of the project - sending a strong message that failure to secure a social license to operate and failure to adhere to the highest standards of environmental review can incur additional legal, regulatory and financial hurdles in the future.

In this letter to the EPA, civil society groups now note that the arbitrary nature of this distinction has been magnified by the global COVID-19 pandemic. They note changes to country policies in several designated countries in light of COVID-19, such as the Executive Order issued by the President of the United States of America on June 4, 2020, which allows federal agencies to use emergency provisions of established environmental laws to waive or entirely bypass environmental review requirements when approving infrastructure, energy, environmental, natural resource, and other development projects.

Under EP4, an EPFI would be in technical compliance if it relied on the United States’ own loosened environmental assessment regime to provide financing for a project.

This highlights that mere reliance on host country policies when financing projects in certain designated countries during the global pandemic is less protective of financial institutions in terms of risk mitigation and of the human rights of affected communities.

Moreover, since many Indigenous and local community leaders around the world are engaged in the public health crisis, they simply do not have the ability to dedicate time to a fulsome consultation process - which puts EPFIs at increased risk of funding a project that is moving forward without reaching consent in line with international standards and best practice.

Whilst the world struggles to deal with the impacts of COVID-19, in which entire communities and local economies are being forever changed, civil society is urging the EPA to address this implementation gap to ensure that EPFIs are indeed financing projects with the highest degree of alignment with the UN Guiding Principles and other international norms. To do so is to leverage project finance as a tool that rebuilds and repairs communities and environments to our mutual benefit long after this pandemic.

Hannah Greep, Equator Principles campaign coordinator of BankTrack, said: “The effects of the pandemic have magnified the already shaky argument for the distinction between designated and non-designated countries. It is not in the interests of those EPFIs who are adhering to the highest standards of social and environmental review to allow for laggards that do not. The EPA can and should ensure that this does not happen.”

“The pandemic underscores a critical need for more robust risk assessment in countries where communities are most vulnerable and where environmental and human rights regulations are being relaxed,” says Carla Fredericks, Director, First Peoples Worldwide. “In the U.S. and around the world many Indigenous and local community leaders are engaged in keeping their communities healthy. Now, more than ever, development must not move forward without their free, prior and informed consent. Additional guidance for EPFIs on operationalizing FPIC in line with the UNDRIP is imperative to shield EPFIs from future risk and to prevent long-term impacts to project-affected communities.”

Alison Kirsch, lead researcher of the climate and energy program at Rainforest Action Network, said: "The Equator Principles mean nothing if they allow projects to be financed without full community consultation and environmental review, using the global health pandemic as an excuse. The EPA needs to step up and ensure this is not the case -- and of course, member banks should stay far away from any projects moving forward under these circumstances, including in the U.S.”