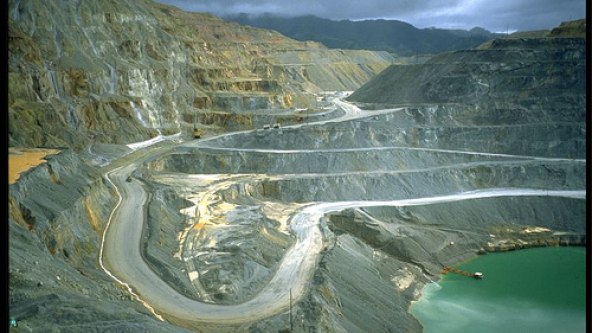 Customers of BNP Paribas run a very high risk of harmful investments. This is revealed in new research that forms part of the "Banking Secrets" campaign of Netwerk Vlaanderen. The French bank owns or manages 657 million dollars in shares of ten companies that harm people and the environment, such as mining company Barrick Gold and Freeport McMoran. Netwerk Vlaanderen conducted research into the harmful investments made by AXA, Citibank, Dexia, Deutsche Bank, ING, KBC and Triodos Bank regarding environment, peace, freedom & democracy and decent working conditions. The results are disappointing.

“The government must urgently put conditions in place for support for banks. Only the banks  that put a stop to harmful investments should be eligible for government support", according to Mathias Bienstman, campaigner with Netwerk Vlaanderen.

The Banking Secrets research conducted by Netwerk Vlaanderen includes a ranking of the banks and their harmful investments. BNP Paribas makes an entry to this ranking in a very bad  position. Customers of the French bank run a very high risk of harmful investments. BNP Paribas is active in the financing of the most damaging mining projects, such as the projects undertaken by Barrick Gold, Freeport McMoran and Vedanta. BNP Paribas has extended credit to all of these companies, and also issued bonds in Barrick Gold. Furthermore, BNP Paribas owns or manages 657 million dollar worth of shares in these three companies and seven other controversial companies: Anglogold Ashanti, EADS, GAIL, Goldcorp, Newmont Mining, Total and Wal-Mart.

Harmful investments of other large banks

The research also shows that AXA, ING, Dexia, KBC, Deutsche Bank, Citibank and BNP Paribas hold a combined total of more than 14 billion dollars investments in 14 companies that harm people and the environment. There are clear differences amongst the researched banks. Deutsche bank, Citibank and BNP Paribas are very active in the financing of damaging companies via extending credits, issuing bonds and owning or managing shares. Dexia and KBC are hardly active in these markets. The new results are displayed on the website www.banksecrets.be. A world map shows the various projects and companies that harm people and the planet, and the banks that invest in them.

The CEOs of the large banks are giving evidence in the Belgian parliament. Netwerk Vlaanderen asks that attention is not only directed to speculative investments that were more risky than expected. Banks have been investing for many years in business practices that contravene national laws or international agreements regarding human rights and the environment. “It is now up to the government to place conditions on the support and guarantees that it is giving  to the banks. Respect for minimum norms regarding environmental, social and governance is one field. Banks can show this by putting far-reaching and transparent policies in place", according to Mathias Bienstman from Netwerk Vlaanderen.