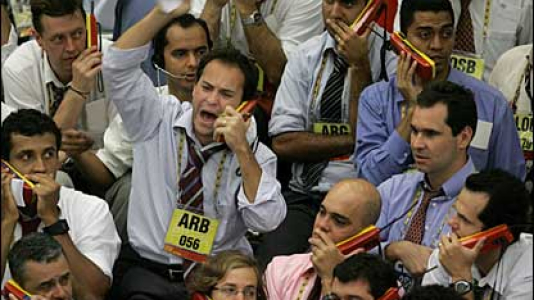 BankTrack today released "Bank to the Future: El Escorial Statement on Banks and the Financial Crisis" at a press conference in Madrid.

The statement was drafted at BankTrack's annual strategy meeting, held in San Lorenzo de El Escorial earlier this week. It contains BankTracks´ current position on what is needed to deal with the unfolding financial crisis of today so that it will lead to a sustainable, robust and just financial system in the future.

The statement recognizes that the world financial system is at the brink of collapse. It characterizes the current crisis as not only an economic and financial crisis, but one of governance and sustainability.

It then streses the need for a ´New Green Deal´. Such a deal would not seek to stabilize the economic system as it is, but also aim to transform it into one that helps solve the pressing social and environmental problems the world is facing.

The fiscal spending that is necessary to stimulate crisis-affected economies entering recession should be directed at achieving social justice, the promotion of sustainable production and consumption systems, and the transition of the world’s economies onto a low carbon path.

The statement outlines a number of steps to deal with the crisis in each of these dimensions, including:

The Statement concludes, "We face a time of dramatic change that presents unique opportunities. Now that the once-dominant forces of market fundamentalism have been discredited, a new, equitable, and sustainable future can be built on the rubble of past excesses."