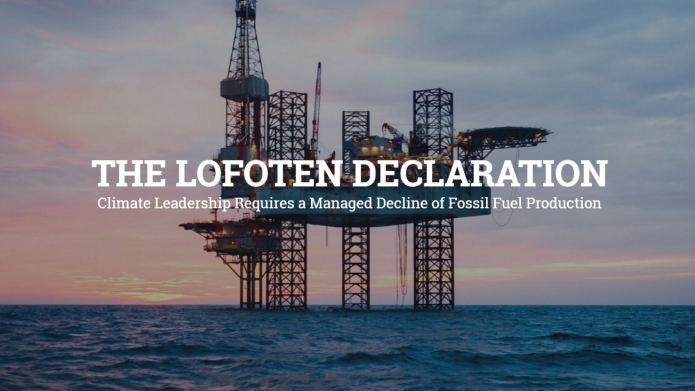 BankTrack joins over 220 organisations from 55 countries in signing a declaration calling for a managed decline of the fossil fuel industry in line with the Paris climate goals. The Lofoten Declaration demands climate leadership that includes an end to exploration and expansion of new fossil fuel reserves.

“The world already has access to more oil, coal, and gas than we can afford to burn if we hope to stay within the Paris climate goals,” says Truls Gulowsen of Greenpeace Norway. “It is imperative that we stop exploring and expanding into new reserves, and instead start thinking about how we are going to have a just transition away from our dangerous dependence on fossil fuels.”

The Lofoten Declaration is a statement of solidarity and support for the inspiring and growing wave of resistance from impacted and frontline communities around the world, who are taking action to defend and protect their lives and livelihoods in the face of fossil fuel extraction and deadly climate impacts.

“We know that we cannot waste time waiting for politicians to catch up,” says Thuli Makama of Oil Change International, speaking from Swaziland. “From Sierra Leone to Mozambique and other parts of the globe, one can’t deny the connection. We stand with and support those across the globe who are rising to protect their communities, one project at a time.”

“Political inaction in the face of the climate crisis is scandalous – and electric cars and carbon pricing simply don’t cut it if you are one of the world’s largest emissions exporters like Norway,” says Hannah McKinnon of Oil Change International. “We are in a deep hole with climate, and we must stop digging ourselves in deeper.”

Read the full declaration and see the list of signatories here: http://www.LofotenDeclaration.org