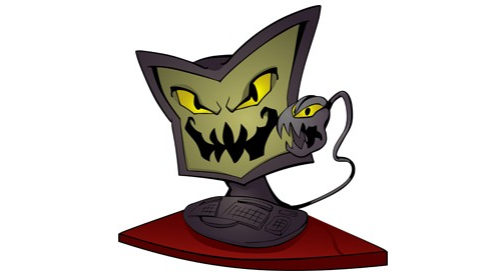 Robots are the Frankenstein’s monsters of the modern imagination. Popular culture is bursting with tales of man-made cyborgs that threaten human extinction and run roughshod over our planet.

This is the stuff of fantasy of course, but could our own cybernetic inventions really contribute to the demise of both people and planet?  An emerging computer-led investment trend offers food for thought.

It’s a little known trend called passive investing, that is actually getting quite big. Passive investment undermines checks and balances aimed at regulating the financial sector and preventing the financial backing of companies that plunder our natural resources or commit human rights abuses.

When you put your money in an investment fund, it will either be actively or passively managed. An active investment fund is run by a fund manager – a real person assessing companies and making investment decisions. Their aim is to make a return that is superior to the stock market that the companies sit within.

Passive investing bypasses the human element. Funds are run by a computer that tracks an index (typically a stock market or a sector), the advantage being that you don’t have to pay a suit a hefty fee to make decisions for you, and the speed and accuracy of decision-making means you’re far more likely to make a profit.

So what are the problems? In the absence of a person to make investment decisions there is no risk assessment of companies. Because stock exchanges don’t require companies to have social or environmental standards in order to publicly list, the chances of investing in a tainted company are far higher. And of course, with no active fund manager comes no accountability – banks can simply point at the computers and shrug their shoulders.

If the computer says yes, so does the bank, regardless of any investment policies that the bank may have.

With institutional Investors owning around 70 per cent of public companies, and passive investments accounting for around a third and growing of shareholdings, this is a problem which can’t be ignored.

Take the example of Deutsche Bank. Last year, Global Witness exposed the bank for investing in Vietnamese land-grabbing rubber giant Hoang Anh Gia Lai (HAGL). After six months of empty reform promises from HAGL, Global Witness advised investors to withdraw from the company, and was encouraged when Deutsche Bank did exactly that.

What Deutsche Bank didn’t tell us at the time, however, was that while one part of the bank was divesting from HAGL, another part was investing through a different fund. Between June and November 2013, Deutsche Bank London snapped up nearly seven million shares in HAGL through its Exchange Tracker Fund (ETF) Vietnam – a passive investment fund – taking Deutsche Bank’s total share in HAGL to just under five per cent.

In March this year, Global Witness also exposed how Dimensional Fund Advisors (DFA) – in which Arnold Schwarzenegger holds a near five percent stake – has been bankrolling particularly nasty logging companies, including one previously linked to arms trafficking during a brutal civil war in Liberia, part funded by illegal logging.  DFA’s clients are selected through ‘algorithmic trading’, that is, through a pre-programmed computer.

The Guardian recently reported on the same issue with regards to Soco International, a UK-listed company which plans to explore for oil in Virunga National Park, a world heritage site in the Democratic Republic of Congo.

Many of Soco’s investors are passive investors who invest across the entire market. They own shares in Soco because it is part of the FTSE 250 index, despite the fact that it could potentially cause irreversible damage to some of the world’s last remaining intact forest, also home to critically-endangered mountain gorillas.

The example of Soco also highlights the risks passive investing poses to climate change prevention. Financial specialists Carbon Tracker have assessed the amount of fossil fuel reserves owned by the top 100 listed coal and top 100 listed oil and gas companies and estimated that only 20 per cent of their total reserves can be burned if we are to prevent catastrophic climate change, leaving up to 80 per cent of assets effectively unburnable.

Passive investment helps to maintain the status quo of a very risky, and essentially unsustainable, business. It sends entirely the wrong message, pouring money into a sector at odds with our collective survival.

There is already some evidence of banks raising the issue of high-risk companies on the stock market – Deutsche Bank raised its concerns around HAGL with FTSE  International , for example – which is encouraging, but safeguarding against the problems of passive investing will require stronger environmental, social and governance standards for companies to publicly list in the first place. Ensuring that regulators require greater disclosure on reserves and carbon emissions to assess this material risk to financial stability could also help.

At a time where there is increased pressure for companies to operate sustainably and growing realisation of the need for transparency and accountability within the banking sector, the impacts and apparent contradictions of such a way of investing require attention.

So let’s not be passive about passive investing – let’s rage against the machine.