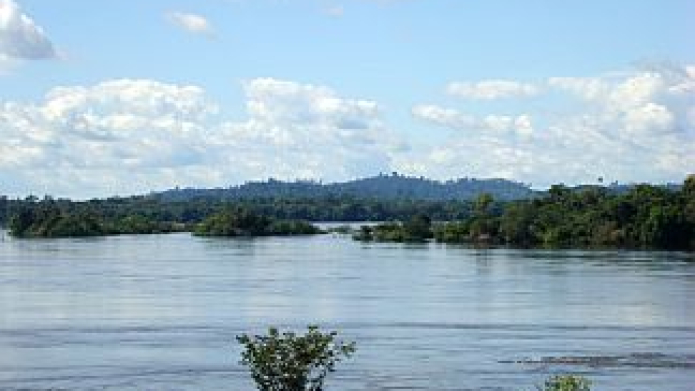 Three engineers employed by Norte Energia, S.A. (NESA), the company building the Belo Monte Dam on Brazil's Xingu River, were detained Tuesday by Juruna and Arara tribal authorities in the remote village of Muratu after the company failed to live up to promised mitigation measures aimed at reducing the dam's devastating impacts on local communities.

The incident occurred yesterday as Norte Energia sought to reach agreement with tribal leaders over measures to allegedly mitigate adverse impacts stemming from construction of earthen coffer dams on the Xingu River. The authorities report that the engineers are being prohibited from leaving the village but there is no use of force or violence. The dams are blocking navigation of small boats used by indigenous peoples and other local communities, especially to reach the town of Altamira - an important center for accessing markets, basic health care, education and other services.

In Tuesday's meeting, Norte Energia representatives presented a proposal for a system for transportation of indigenous vessels around the site where coffer dams are blocking boat traffic. Tribal leaders interrupted the meeting, arguing that the proposal was ludicrous, and that such discussions would not proceed while a long list of legally required actions to mitigate and compensate the adverse impacts of Belo Monte continues to be ignored by Norte Energia. A first phase of the earthen dams has already had negative consequences for indigenous peoples, especially on water quality and devastation of fisheries.

"Nobody understood anything that the technicians said, and they didn't have any answers to our questions," explained Giliarde Juruna, a leader of the Juruna tribe from the Paquiçamba territory immediately downstream from the dam. "They didn't know how to respond when we asked them how we would bathe or how we would navigate on the river, or even how the project had changed since they presented it to us last year. In the end, the engineers agreed that our complaints were justified."

"There was a climate of total disbelief on behalf of the tribes, since Norte Energia recognized it had yet to implement the vast majority of the legally-required measures to minimize the impacts of the project on their lands," explained Thais Santi of the Federal Public Prosecutor's Office in Altamira, who was an observer at the meeting. "At a certain level, even the engineers recognized that the dam is an absurdity, that the consultation was a sham, and that the mitigation projects presented by the company's technical team didn't make any sense," noted Santi.

According to tribal leaders, the engineers will remain under detention until Norte Energia and government agencies have fully carried out promises to mitigate and compensate adverse impacts of Belo Monte, not only in relation to boat traffic, but also in terms of water quality, sanitation, and protection of their territories and natural resources.

On Monday, the Federal Public Prosecutors' Office filed a lawsuit calling for the immediate suspension of the construction license for Belo Monte, which was granted in June 2011 by the federal environmental agency IBAMA. Citing an abundance of evidence - including reports produced by IBAMA and municipal governments and well-documented complaints files by local indigenous leaders and NGOs - the lawsuit demands that project construction at Belo Monte be immediately halted, given the chronic non-compliance of Norte Energia with legally-required mitigation and compensation measures.

"It's an outrage that Norte Energia has been allowed to continue construction for over a year while ignoring basic measures they are obliged to carry out in order to avoid or minimize impacts on affected communities. The developer is ignoring the impacts the project is already having on indigenous people and, in the process, running roughshod over their rights," said Brent Millikan of International Rivers.

Last month, over 300 indigenous people from 9 tribes occupied the Belo Monte Dam construction site on the final day of the United Nations Rio+20 conference, maintaining the occupation for 21 days until Norte Energia stated it had reached an agreement with the occupiers. The tribal leaders involved in yesterday's action claim that an agreement was never reached, and that the developer has instead created divisions among the communities.

The Norte Energia consortium, while technically a "private" enterprise, is dominated by the Brazilian state-owned energy conglomerate Eletrobras. Major investments come from the public employee pension funds of Petrobras, Banco do Brasil and Caixa Econômica Federal, all entities under government control. The mining giant Vale - privatized in the mid-1990s but still highly influenced by the Brazilian government - purchased a 9% stake in the NESA consortium in 2011. 80% of project financing for Belo Monte's mushrooming budget - currently estimated at US$12 billion - comes from the government-controlled development bank BNDES, financed by worker taxes and Brazilian treasury bonds.