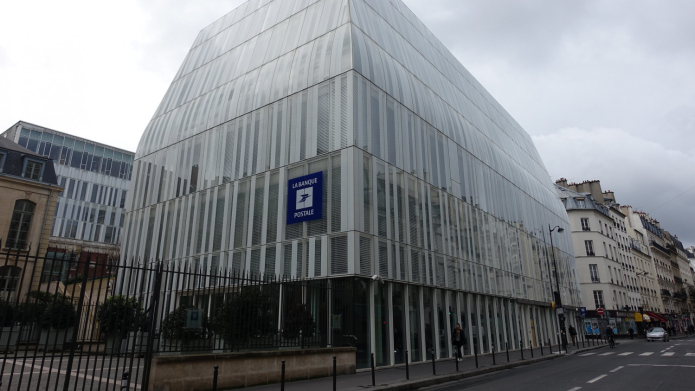 La Banque Postale has today become the first bank to publish an ambitious oil and gas exit strategy, just one day after the International Energy Agency (IEA) confirmed the necessity of stopping fossil fuel expansion in order to achieve carbon neutrality by 2050 and limit global warming to 1.5°C (1). Reclaim Finance, Friends of the Earth France and Oxfam France welcome this alignment with climate science and call on other financial players, in France and beyond, to follow suit by COP26.

In a new policy published today (2), La Banque Postale commits to a complete exit from oil and gas, both conventional and unconventional, by 2030, a move it claims is the first of its kind worldwide. The bank also commits to immediately suspend its provision of financial services to companies contributing to oil and gas expansion through the development of new exploration, extraction and infrastructure projects in these sectors (3). To achieve this, the bank will draw on the Global Oil and Gas Exit List, excluding the more than 900 companies featured on it (4).

“We welcome this groundbreaking announcement from the Banque Postale, the first bank to heed the call of the scientific community and the IEA for concrete measures which leave oil and gas in the ground. With COP26 just days away, a strong signal has been sent to financial institutions in Paris and beyond. This new policy sets a precedent which must be followed by every investor, insurer and bank which claims to be serious in its climate commitments, whether to net-zero or to the Paris Agreement,” said Alix Mazounie, campaigner at Reclaim Finance.

“If every bank simply copied and pasted La Banque Postale’s policy, we’d have taken a big step towards a climate-safe world. Unfortunately, support to the oil and gas industry from the likes of BNP Paribas, Crédit Agricole and BPCE is skyrocketing. They have already nearly doubled their financing to fossil fuels since COP21 (5), and nothing at this time prevents them from continuing on this trajectory beyond COP26. The same is true for AXA which features among the 10 principal insurers of the oil and gas industry (6): it is no longer conceivable to be the leader of the Net-Zero Insurance Alliance (7) while continuing to insure new climate-destroying projects in every corner of the world,” continues Alexandre Poidatz from Oxfam France.

A profound change of course is urgently needed. Fossil fuel developers still know no limit, even in the unconventional sectors which are the most harmful to the environment and constitute the lion’s share of planned hydrocarbon growth – making up 71% of petrol production growth by 2030, and 65% of gas (8).

Lorette Philippot, campaigner at Friends of the Earth France, concludes: “Despite an ever-increasing number of grandiose claims on climate, Paris financial institutions have still not responded to the unambiguous imperative of the IEA to stop fossil fuel expansion (9). They seem equally deaf to the appeal of finance minister Bruno Le Maire to exit unconventional hydrocarbons (10). The government which has relentlessly trumpeted its ambition to make Paris ‘the capital of green finance’ must face up to this failure and finally resort to the regulations and sanctions needed to bring the financial sector to heel.”

(1) On Wednesday, October 13, the International Energy Agency published its World Energy Outlook 2021, based on its Net Zero 2050 scenario, which concludes that no investment in new oil and gas fields is necessary in a scenario aimed at limiting global warming to 1.5°C.

(2) The press release of the Banque Postale is available here.

(3) The full analysis can be found in the Fossil Finance Scan.

(4) The Global Oil and Gas Exit List (GOGEL), which will be published on November 4, 2021, is the first public database to precisely list companies active in the upstream and midstream oil and gas sector – covering more than 80% of the sector. This divestment tool should enable governments, regulators, and private actors to implement and evaluate oil and gas exit policies. Like the Global Coal Exit List already used by many financial players, the GOGEL is developed by the German NGO Urgewald.

(5) According to the Banking on Climate Chaos Report published in 2021, between 2016 and 2020, BNP Paribas, Crédit Agricole and Société Générale and BPCE’ support increased by an average of 19% per year.

(6) According to a study by InsureOurFuture published in June 2020.

(7) AXA is the leader of the Net Zero Insurance Alliance, an international alliance founded this year and bringing together 13 insurers including many heavyweights. More information here.

(9) Net Zero 2050 scenario of the International Energy Agency published in May 2021.

(10) French Ministry for the Economy and Finance press release and press kit, 30 October 2020.