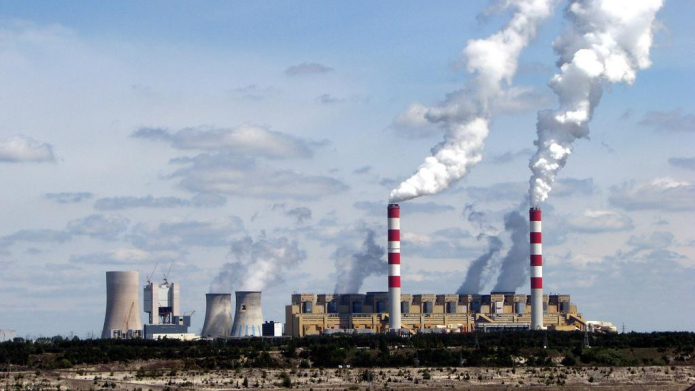 The Zloczew mine would supply the Bełchatów coal power plant. Photo: Fotopolska.eu via Flickr (CC BY SA 2.0)

About Złoczew lignite open-pit mine

The Złoczew lignite open-pit mine, if built, will be the deepest lignite mine in Europe. The reason for the mine's construction is to prolong past 2030 the operation of the Bełchatów coal power plant, the biggest lignite plant in Europe and EU's biggest CO2 source. The mine is estimated to cost between PLN 10 and 15 billion (EUR 2.3 - 3.5 billion) and would need between six to eight years of preparations just to remove the overburden, blow up the rocks above and pump out water. It will produce 18 million tonnes of lignite a year, leading to the emission of an estimated 25.74 million tonnes of CO2, five tonnes of mercury, 26 tonnes of cadmium and 169 tonnes of lead a year. Methane leakage from the mine would be equivalent to 0.4 million tonnes of CO2 a year.

In June 2021 PGE decided to cancel its plans for the Zloczew lignite open-pit mine because mining coal from the Zloczew deposit would be 'permanently unprofitable' and the company wanted to comply with the EU just transition plan and its funding.

The planned Złoczew lignite coal mine would prolong the lifespan of the Belchatow power plant, the largest emitter of CO2 in Europe, and would be responsible for the displacement of over 3,000 people and the destruction of 33 villages.

PGE needs to divest from coal, but the company has still not ruled out construction of new coal power plants. It is even in talks with ENERGA and ENEA about becoming an investor in Ostrołęka coal power plant and is planning the Złoczew open-pit mine. It also does not have a coal phase out policy or any Paris compliant decarbonistion goals.

The two Polish banks that have not yet ruled out project financing to new coal mines,  Powszechna Kasa Oszczędności Bank Polski and Bank Polska Kasa Opieki, need to make a public statement that they won't finance the Złoczew mine. Banks in general should not provide corporate financing or any other form of support or financial service to PGE, at least as long as it is pursuing the Złoczew mine project or planning other new coal mines, plants or other infrastructure.

Resettlement and economic displacement More than 3,000 people would need to resettled and 33 villages would be destroyed in order to build the Złoczew mine. That would include destruction of roads, churches, cementaries, schools and electricity lines as well as other infrastructure. A regionally known milk cooperative would be destroyed and the resettled farmers would lose their insurance.

The Złoczew mine is facing resistance from farmers and herders from the Złoczew community who consider that changing their lives in order to make space for a harmful investment that would be negatively impacting the health and water quality of people living in Poland and abroad does not make sense. They have registered an Association called “NIE dla odkrywki Złoczew”. They cite among their concerns the loss of insurance after they stop being farmers, low value of the compensation payments, land and building damage that will affect those who stay close to the mine and the loss of value to land and property near the mine. Geologists write that given the depth of the mine, earthquakes would be common in the surrounding area.

Impacts on water The mine is expected to deplete water reserves over a depression cone area of 250 to 3,100 square kilometers, which would have a negative impact on water tables and availability for farming purposes (In comparison the city of Warsaw covers 514 square kilometers). The impacts would be far bigger as the water depression cone is defined as the area in which the water table drops by more than one metre, although smaller drops also impact crop yields. These levels would only go back to the original level after 76 years. The losses from forgone agricultural production have been estimated to be in the range of PLN 5.3 to 18.5 billion (EUR 1.2 – 4.3 billion) and additionally in food processing sector of PLN 4.6 to 17.4 billion (EUR 1.07 – 4.05 billion), as analysed by PhD Benedykt Pepliński from the Poznań Economic University.

Impacts on health The Zloczew mine woulde emit 702 tonnes of PM10 a year and 108 tonnes of PM2.5 - harmful fine particulate dust that can travel into lungs. Impacts from these and other non-CO2 pollutants from the Belchatow lignite power plant as well as directly from the mine (especially PM10 on dry windy days) would increase substantially. Already now an inhibitant of the Łódzkie Voivodship (where Bełchatów TPP is located and the Złoczew mine would be) lives on average seven years shorter than the average Pole.

Pollution and climate change The Belchatow coal power plant is the biggest CO2 emitter in Europe, producing over 37 million tonnes of CO2 annually - more than half of PGE's annual emissions of just over 70 million tonnes.

Impacts on water 157.7 million cubic metres of water would be pumped each year to stop the mine being flooded, leading to Oleśnica river and consequently Warta river (the biggest tributary of the river Oder) being polluted with heavy metals (including mercury). In the EIA report no assessment on the yearly load of priority substances has been made and thus the impact on water dependent ecosystems has not been analysed correctly. The EU Water Framework Directive goals would be breached if the Złoczew mine is built and so far nor PGE nor the Regional Environmental Protection Authority (RDOŚ in Łódź) have requested an opinion from the European Commission. This is needed if a derogation from the directive is to be given which is required for the EIA permit to be granted.

PGE has published a press release stating that it has withdrawn plans for the Zloczew coal mine project. See the press release here.

The Zloczew mine will not be funded by project finance, but via PGE's general corporate financing. An overview of PGE's finance can be accessed here.

How long will Santander continue to profit from Polish coal expansion?

The Zloczew site still stands at a red light

Polish Briefing: Are there new opencasts coming up in Poland?

Brown future for the Złoczew commune. The large hole will absorb 33 villages. Because Bełchatów needs coal

To embrace a profitable energy future, Poland’s PGE must abandon plans for a new lignite mine

Effects of lignite mining on local communities: controversies and areas of negotiation

PGE - A briefing for investors, insurers and banks

The exploration works on the Złoczew mine started in June 2010. In 2011 Poland's largest energy company PGE started planning for the mine, based on assumptions that the current two pits feeding the Bełchatów coal power plant will be depleted between 2030 and 2035. The Złoczew lignite mine is located 50 km west of the Bełchatów coal power plant and is expected to supply this plant in order to prolong its operation. PGE estimated at that time that 430 million tonnes of lignite could be extracted from the mine over its full lifespan.

At first, construction of a new coal power plant next to Złoczew mine was considered but these plans have been dropped and now Złoczew is considered only as a source of lignite for the Bełchatów plant.

In 2011 PGE's plans indicated the company expected to secure the mining concession in 2014, but as of March 2019 this concession is still at least months from being granted.