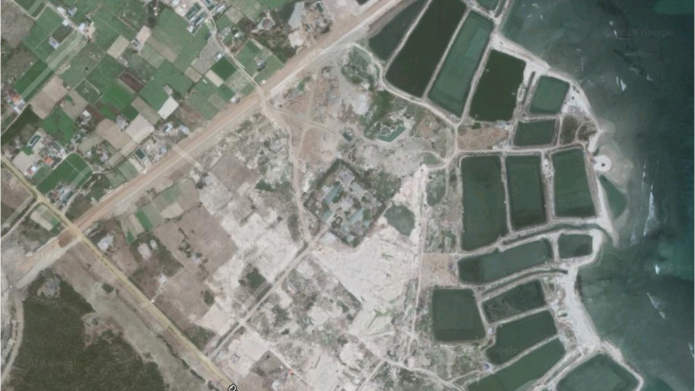 About Van Phong I

Van Phong I is a coal-fired power plant of which construction commenced in August 2019. The plant will install a capacity of 1320MW (two units of 660MW each). The electricity generated with this plant will be sold to Vietnam Electricity (EVN). The Van Phong I power plant will use supercritical technology, with an expected emission intensity of 750 grams - 850 grams CO2 per kilowatt-hour.

DBS and OCBC rule out lending for new coal power plants, but continue to support Van Phong I

The financiers of Van Phong I should immediately withdraw their support for Van Phong I and leave the project.

The construction of the Van Phong I coal-fired power plant has caused the resettlement of the communities that were living on the proposed construction site of the power plant. It is however reported that little thought was given to alternative livelihoods for the farmers and fisherfolk.

In May 2019 it was reported that a 99-year-old grandmother refused to leave her plot of land after her house was destroyed by bulldozers. Reportedly, the land that she was offered is not suitable for farming practices.

FOE Japan reports that the Environmental and Social Impact Assessment (ESIA) has not been disclosed to the local people propertly. Stakeholders that were concerned have not been invited to consultation or informed about the ESIA. There has been no opportunity for them to participate in decision-making regarding the project.

Market Forces reports that JBIC and NEXI have agreed to support six coal plants globally (including Van Phong I) and that they are considering to support another six. Together, these plants would be responsible for emissions up to 71.3 million metric tonnes of CO2. This equals the per capita emissions of 7.4 million people in Japan. Building these coal plants would be fully incompatible with the Paris Climate Agreement. There is no room for any type of fossil fuel expansion, as this significantly decreases our chances of staying below 1.5°C of global warming.

Financial close was reached despite the fact that it would violate several standards and policies. Both JBIC and NEXI are violating the OECD Sector Understanding by supporting Van Phong I. SMBC, Mizuho and MUFG violate their own policies by supporting Sumitomo Corporation's Van Phong I.

The OECD Sector Understanding, to which Japan is a party of, prescribes that export credit finance is only permitted to projects larger than 500MW if they use ultrasupercritical technology or if they have an emission intensity lower than 750g CO2/kWh. Both of these conditions have not been met, which means that JBIC and NEXI are violating the sector understanding by financing Van Phong I.

SMBC has a coal power policy in which they rule out plants that do not use ultrasupercritical technology. As Van Phong I uses supercritical technology, this bank is violating its own policy. Both Mizuho and MUFG refer to the OECD Sector Agreement in their policies, which means that they are not eligible to provide finance to the project and by doing so are violating their own policies as well.

For more information, read this analysis by Market Forces.

Besides the financial instutions, the Japanese government is also contradicting itself by supporting the Van Phong I power plant. The government claimed it would only support power plants using ultrasupercritical technology. Funding Van Phong I therefore "blatantly contradicts Japan’s own energy plan."

DBS and OCBC rule out lending for new coal power plants, but continue to support Van Phong I

The estimated costs of the Van Phong I coal power plant are USD 3 billion. According to IJGlobal, USD 2 billion will be covered through debt and USD 1 billion through equity. On August 26, 2019 financial close was reached.

Grandma Ca: the 99-year-old standing up to Vietnam's coal rush