This profile is no longer actively maintained, with the information now possibly out of date
Send feedback on this profile
Download as PDF Created before Nov 2016
Last update: 2019-09-02 10:53:16 Contact: 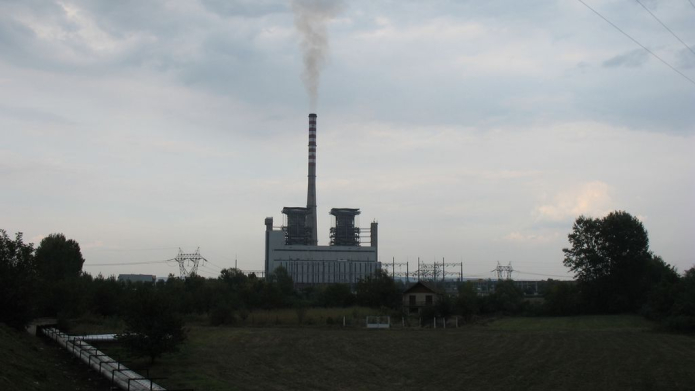 About Kostolac B3 coal power plant

The government of Serbia has ordered the construction of a new 350MW unit at the already existing Kostolac coal power plant. This will increase the capacity of the existing units Kostolac A1, A2, B1 and B2. The coal power plant currently has the Drmno and Cirikovac open cast mines at its operational site. The development of a thirth unit at Kostolac will also entail an extension of the Drmno mine by raising its production levels from the current level of 8 million tons per year to 12 million tons per year. The construction of a third unit at Kostolac is part of the Serbian national energy strategy, unit B3 should be connected to the power grid in December 2019.

The planned expansion of the Kostolac coal power plant would have serious consequences for both climate change and human health. The project is profiled as part of the Europe Beyond Coal Campaign.

Banks and financial institutions should avoid investing in the construction of Kostolac B3 and the extension of the Drmno open cast mine.

For the expansion of the Drmno mine, no environmental impact assessment has been carried out at this time. It is likely that for the expansion as well as for the construction of the required infrastructure farmland will be expropriated and a railway will go through the nearby village which may require resettlement.

The UN Espoo convention stipulates that any thermal power station or combustion installation with a heat output of 300 MW or more could have transboundary implications and should therefore undergo an extensive environmental impact assessment in the potentially affected neighbouring countries. In the case of Kostolac this would be Romania, which according to a request for information to the Romanian ministry of environment and climate change by Bankwatch Romania in March 2014 has not happened. Under the Espoo convention, the Romanian public have to be given a chance to take part in the environmental assessment procedures, as all information regarding the planned construction of Kostolac was only ever published in Serbian the Romanian public has not been given this chance.

Serbia is prone to natural disasters, including such which will only be exacerbated by climate change; floods, droughts and forest fires. Floods in May 2014 which claimed several lives in Bosnia and Serbia and which also threathened the Nikola Tesla power plant, Serbia's largest plant. The floods also caused a nearby coal mine to be flooded already decreasing plant capacity. The clean up for such -increasing- extreme weather events are only increasing, Serbia should invest in renewable energy rather than infrastructure vulnerable to natural disasters. Building a  new unit at the lignite power plant both contributes immensily to climate change and it will not contribute to a stable electricity supply for Serbia.

Kostolac currently has two ash depositories, one of these is expected to shut down in the near future since it is almost at full capacity. The newer ash depository has been the subject of several controversies and not yet fully functional.

Serbia is vulnerable to natural disasters such as floodings and drought, floodings pose a huge risk to the operational capacity of power plants as was demonstrated in May 2014 when Serbia's biggest power plant was flooded. Power plants require water for their cooling systems also leaving them vulnerable to drought as well.

Due to flooding in 2014 Serbia has had to import substantial amounts of coal mostly from Romania. Corruption cases have been prevalent in the (coal) energy sector in Serbia lately, with new arrests in January this year. With 70% of the Serbian energy supply originating from coal, the urgency to keep the power plants running gives way to negligence and manipulation and opens the door to corruption (Bankwatch report).

The United Nations Convention on Environmental Impact Assessment in a Transboundary Context. The Espoo convention states that governments should notify and consult each other on all major projects under consideration that might have adverse environmental impact across borders. It is complemented by the Kyiv Protocol which requires parties to the protocol to integrate environmental assessment into their plans and programmes at the earliest stages and provides for extensive public participation in the governmental decision making process. For more on this convention go here.

As a candidate for EU membership, Serbia must also apply relevant EU legislation such as the legislation in regards to state aid and the Industrial Emissions Directive as well as the targets set by the European Energy Community. It joined the Energy Community of South East Europe (Ecsee) in 2005 and signed the stabilization and association agreement with the European Union in 2008.

The planned Kostolac B3 coal plant near the Romanian border in Serbia faces yet another obstacle, as the Centre for Ecology and Sustainable Development (CEKOR) and CEE Bankwatch Network submitted a formal complaint to the Energy Community Treaty Secretariat (ECTS) regarding Serbia's failure to require an environmental impact assessment for the expansion of the Drmno mine that would feed the plant.

A Chinese company started construction on Monday of a new 350-megawatt unit at Serbia’s second largest coal-fired power plant, the first new electricity capacity in the Balkan country in nearly 30 years. The $613 million project is part of a wider deal between Serbia and China that includes expansion of a nearby coal mine and upgrade of existing capacity in the Kostolac coal-fired plant complex. Export-Import Bank of China will provide 80 percent of the funding for the entire project of $715 million through a 20-year loan. The Serbian government will secure the rest of the funds (Reuters).

Almost none of new coal power plants planned in the Balkans will meet EU pollution standards, according to a new analysis

On 28 April this year, EU officials adopted new technical standards for large combustion plants, the so-called ‘LCP BREF’, which sets out the best available techniques for controlling pollution to air, water and soil, as well as the emission limits that must be achieved by applying these techniques. Bankwatch’s analysis looks at eight coal-fired units totalling 2.6 GW in capacity planned in Bosnia-Herzegovina, Kosovo, Macedonia, Montenegro, and Serbia, plus the Stanari plant in Bosnia-Herzegovina which started commercial operation last September. Compared to the air pollution limits set in the BREF, five of the planned units would certainly not meet the new standards, while insufficient information is available for the remaining three.

On Monday the Serbian government was to decide on the ratification of a 608 million USD loan for the TTP Kostolac B3 unit. The construction of this unit has been heavily critized by NGO's. They point out that 70% of Serbia's energy production comes from coal, and since Serbia as a signatory to the Energy Community has made a commitment to achieve a level of 27% of renewable by 2020, construction of even more lignite coal facilities is unwise. The decision is also scrutinized due to a lacking environmental impact assessment (source).

CEKOR the Serbian Center for Ecology and Sustainable Development has submitted a formal complain to the courts against the government's decision to approve an Environmental Impact Assessment study for the construction of a new unit at the Kostolac B coal power plant. CEKOR has done so because they felt their substaintial objections to the scope of the EIA were not taken into consideration during the public consultation process. For the full press release go here.

Agreement signed on construction of Kostolac B3

In November 2013, the Serbian Ministry of Energy, Development and Environmental Protection signed an agreement with the China Machinery Engineering Corporation (CMEC) on the construction of the third block of the 350-megawatt thermal power plant Kostolac B, and the expansion of Drmno open cast coal mine to reach the annual output of 12 million tons (source).

This loan constitutes the first phase of the Kostolac B project. An agreement between the government of Serbia as the borrower and China's Exim bank as the lender was signed for an amount of 334.63 million USD. Part of this was for the reconstruction of the existing two units (B1 and B2), for the construction of a desulphurization system, as well as for building a dock and railway infrastructure. TE-Ko Kostolac was the beneficiary of the loan via Elektroprivreda Srbije.

The funds for phase ll of this project are provided by China Exim Bank through a preferential loan with a guarantee by the Serbian government. The financing agreement has a grace period of 7 years and charge 2.5% annual interest (source). An additional 107 USD million will be provided Serbian government and the state-ran utility Elektroprivreda Srbije.

The data above comes from the Report on state support to the Kostolac thermal power plant and mining basin (unless otherwise indicated) performed by the Center for Research, Transparency and Accountability (CRTA) and dating June 2014.

Will provide equipment to the new power plant.

Information by CEE Bankwatch on the construction of the B3 unit at Kostolac.

Serbia, as a candidate for accession to the European Union and as a member of the EU Energy Community, is obliged to increase its energy sufficiency and reach a renewable energy target of 27% by the year 2020. The construction of the B3 unit at Kostolac will introduce a super-critical steam power generation techonology, which will yield a net efficiency of 40.8%, a higher percentage than the 33.5% net efficiency of conventional lignite power plants in Serbia (Nama-database).

The Kostolac power plant is owned by the wholly state-owned company Kostolac lignite power plant and mines company, part of state company Elektroprivreda Srbije (EPS). Currently two existing blocks (B1 and B2) are being reconstructed by the China Engineering Machinery Company (CMEC) for a sum of $ 293 million of which 85% is being financed via a loan by the China's Exim bank. The loan is signed for directly by the Serbian government not EPS (Bankwatch). Almost half of the planned new power capacity in the Western Balkans comes from coal.