This profile is no longer actively maintained, with the information now possibly out of date
Send feedback on this profile
Download as PDF By: BankTrack
Created before Nov 2016
Last update: 2016-10-19 00:00:00 Share this page: 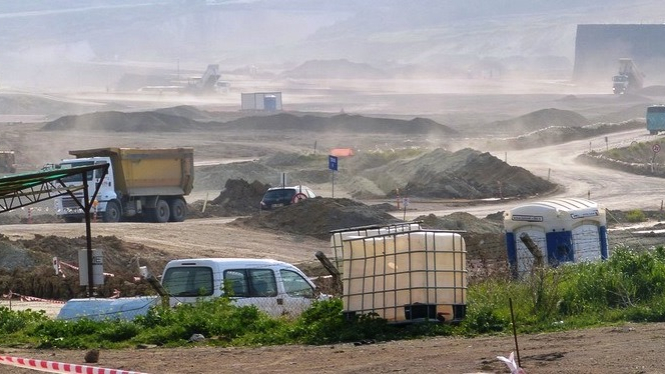 SOCAR Turkey Enerji plans the construction of a coal thermal power plant co-fired with petro-coke from the refinery, which it intends also to supply with electricity. While the coal plant is essentially an integral part of the refinery project, the environmental and social impact assessments have been separated, and the coal plant has been excluded from the due diligence on the refinery project. The coal plant will have two phases to construct a facility with a total capacity of 1,335 MW. Two separate EIAs have been done so far. These EIAs were contested by local opposition, and consultation meetings about the EIAs were cancelled due to protests. The approval of the EIA for phase one has been challenged in court, and the approval of the EIA for phase two is pending.

The owner and operator of the Aegean Refinery is STAR Rafineri A.S., a joint stock company incorporated under the laws of Turkey. The joint venture is now 81.5% owned by SOCAR TURKEY Enerji A.S., 100% subsidiary Azerbaijan's oil company, and 18.5% owned by TURCAS Rafineri Yatirimlari A.S., 99.6% subsidiary of Turcas Petrol A.S..

The proposed location of the refinery and the coal plant interferes with a geothermal resource and with plans to develop a 50 MW geothermal-solar hybrid power plant. Buhar Enerji holds a 30-year operating license for a geothermal project on the site of the planned greenfield refinery, which was issued a year prior to the license for the refinery project, resulting in ongoing legal disputes.

Buhar Enerji has managed to get a court investigation underway that notes that excavation works of the refinery are continuing in the absence of a legal construction permit and proper health conditions for workers. They move so fast that some workers unfortunately lost their lives in this unregulated excavation works.

There are approximately 3,000 businesses in the Aliaga region, 100 of these are big polluters, representative for industrial sectors such as petro-chemistry, steel and iron production, fertilizer, cement and pulp factories, fuel storage etcetera. The local industry generates 25% of Turkey's dangerous waste, according to local environmental group Aliaga Environmental Platform.  However, none of the new facilities have conducted a cumulative assessment when preparing the EIA.

In 2010 Socar sued Buhar Enerji to have its 30-year geothermal power operating license canceled so it would not pose any obstructions for their refinery plans at the same location. Their oil refinery license was subsequently given 13 months after. They lost that case, just like a large number of other cases. However, none of these decisions have stopped the excavation works they are doing for their refinery. They are simply moving ahead in an attempt to reach a point of no return for the project.

In February 2014 the Turkish government passed a law to resolve the four-year-long legal dispute between Socar and Buhar Enerji  in Socar's favor. The legislation, called the Socar law by Turkish media, gives a panel of three government ministers the right to cancel geothermal licenses that clash with infrastructure or energy projects "in consideration of the public good and the needs of the economy."

The State Oil Company of the Azerbaijan Republic (SOCAR) and the Ministry of Economy and Industry of the Republic of Azerbaijan have raised USD 3.29 billion in debt financing for its STAR refinery project. Seven export credit agencies and 16 commercial banks were involved in what so far has been the largest project financing deal ever done in Turkey. The facilities were split between ECA direct lending and ECA-covered loans from the commercial banks. Tenor was 18 years for the USD 2.69 billion of ECA direct and covered loans, and 15 years for the USD 600 million uncovered commercial loans (Source tfreview).

For more details including total bank participant list with roles, see TFR. The State Oil Company of the Azerbaijan Republic (SOCR) and the Ministry of Economy and Industry of the Republic of Azerbaijan have raised USD 3.29 billion in debt financing for its STAR refinery project. Seven export credit agencies participated in the deal. A total of sixteen commercial banks were also involved in what so far has been the largest project financing deal ever done in Turkey. The facilities were split between ECA direct lending and ECA-covered loans from the commercial banks. Tenor was 18 years for the USD $2.69 billion of ECA direct and covered loans, and 15 years for the USD $600 million uncovered commercial loans.

World Bank IFC and EBRD pulled out from the project in March 2014.

23 banks to finance construction of SOCAR's oil refinery in Turkey

SOCAR: “loan agreements on construction of Star refinery will be signed at the end of this month”

Socar Plans to Sign $3.5 Billion Turkey Refinery Loan in May

Turkey: Is Law Being Rigged to Help Azerbaijan’s SOCAR?

EBRD and IFC drop out of Star Rafineri

The state Oil Company of the Azerbaijan Republic, SOCAR, purchased the Petkim petrochemical plant from the Turkish Government in 2007. The plant is located in the Aliaga Peninsula of the Izmir Region. On this peninsula there are numerous highly polluting facilities, including the country's largest oil refinery, the Koc Group's Tupras. Before Tupras and Petkim were sold in privatization programs, they were a single facility. Together with consultants from the Jurong Petroleum facility in Singapore, SOCAR put together a plan to transform this peninsula into a complex of fossil fuels facilities.

In June 2010 the Socar Turkey Aliaga Refinery was granted a pre-licence for the same site. Between August 2011 and February 2014 Socar has been undertaking heavy excavation works. These are carried out by a construction company owned by the Aliaga mayor's son. With local governmental leaders in a conflict of interest regarding the project, local activists are going up against all odds and face severe pressures. Currently the excavation works contract has been terminated and a local prosecutor has opened a court case against the mayor's son, reported in Aliaga Express newspaper. Nonetheless, the public has opposed the project and an initial coal plant EIA meeting was canceled due to protests and later "rescheduled" without informing the local community.

In 2013 the EBRD announced its intention to invest USD 150 million. A Board decision was expected in early 2014. With this project, the EBRD would have been setting an example in Turkey as Turkish banks will lend under any conditions as long as EBRD puts its name on the loan package. In the public domain it is known that EP bank Unicredit is the lead financial arranger. It has disseminated the diligence reports to other commercial banks. These reports do not mention the coal plant or the geothermal reservoir.

Currently a local non-governmental organization and Buhar Enerji, the renewable energy company that holds the license for the geothermal resource, have submitted complaints to the Project Complaints Mechanism of the EBRD.

In February 2014, CEE Bankwatch Network, supported by nine other international NGOs including BankTrack, Greenpeace Mediterranean, Friends of the Earth, sent a letter to EBRD President and Executive directors and the IFC, calling on the Bank and potential lenders to reject this project or delay its approval until proper due diligence and satisfactory public consultations have been carried out, and legal disputes have been successfully resolved.

In March 2014 EBRD and IFC, The World Bank's International Finance Corporation, announced having withdrawn planned contributions of USD 150 million each for the refinery. Funding such dirty-energy projects runs counter to EBRD guidelines, but neither EBRD nor the IFC have implied that pressure from the NGOs has any link with their decisions to cancel financing for the refinery. According to media reports , the  lenders withdrew their EUR 300 Milliono support for the project because intercreditor policy requirements could not be met by the sponsor by April's deadline.

In January 2015 it was announced that the project had raised USD 3.29 billion in debt financing from seven export credit agencies and sixteen commercial banks.