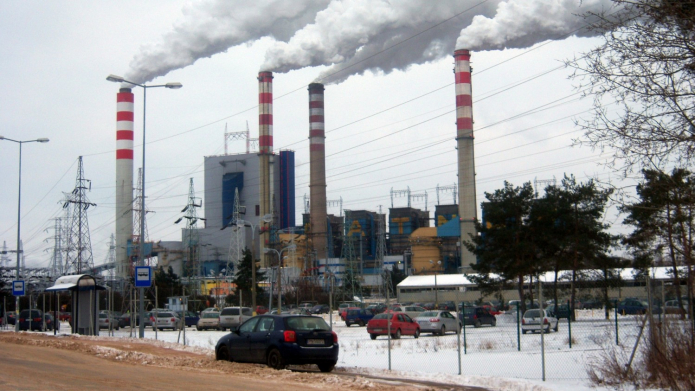 About Oscislowo open-pit lignite mine

The Oscislowo open-pit lignite mine is a proposed new mine located at the lignite deposit in eastern Greater Poland Voivodeship. The geological resources of Oscislowo deposit amount to over 41 million tonnes and will be used in the power stations Patnow I and II with total power output of over 1.7 GW. The main investor in the project is ZE PAK SA subsidiary PAK Kopalnia Wegla Brunatnego Konin SA.

Oscislowo coal mine has been cancelled

All banks should refrain from providing loans and all other forms of services to ZE PAK until the company presents a credible diversification plan that would align the company with a 1.5 degree Celsius energy transition trajectory agreed in Paris and ratified by the EU-28 and Poland in 2016. Banks having open credit facilities with ZE PAK or PAK KWB Konin should let them expire and resist the temptation to prolong them for another year. As the creation of a feasible renewable-based backup plan has been delayed for years, it is highly probable that ZE PAK has no long-term plans and opts for short-term delay or bankruptcy.

For construction of this mine project to go ahead, 223 hectares of fertile agricultural land in the Ślesin commune, 2 ha in the Skulsk commune and 100 ha in the Wilczyn commune would need to be destroyed. The currently proposed variant of the project would also require the destruction of 22 ha of a 5,500 year old burial mound of a pre-Slavic culture. Moreover, more than 560 people would need to be resettled and thirteen settlements and villages would have to be destroyed. Forty-seven water wells and 1,580 ha of land would disappear, with impacts extending to lakes, rivers and local agricultural production. In total more than 5,000 people would be impacted directly or indirectly by the Ościsłowo mine – as of the end of 2011, these three communes were inhibited by 25,500 people with 1,780 economic entities also registered in them.

According to the expert analysis drawn up by Benedykt Pepliński, Ph.D., the total cost of mining lignite in the Ościsłowo open-pit mine, estimated only for farming and the agricultural and food industry, stands at between PLN 2.63 billion (EUR 611.6 million) (the open-cast pit + areas estimated for the depression cones by the authors of the report on the environmental impact of this undertaking and the more realistic, according to the author of the analysis, PLN 4.22 billion (EUR 981 million).

Emissions into the air from only the Ościsłowo and Dęby Szlacheckie deposits – taking into account only the open-pit mines (if they are realised), and excluding the power plants in which lignite would be burned – would annually contribute in the territory of Poland to: approximately 20 premature deaths, approximately 90 cases of chronic bronchitis in adults, approximately 600 cases of bronchitis in children and approximately 9,000 sick days. A study has estimated that the health costs resulting from premature deaths will amount to a total of between PLN 1.1 billion and 1.6 billion (EUR 255-372 million) for the entire period of the Ościsłowo mine’s operations.

Since lignite has been mined, the amount of water pumped out in Wielkopolska (12 billion m3) has amounted to over 18 times as much as there is in lake Śniardwy (660 million m3), or, to put it differently, to over 70% of the total volume of all the lakes in Poland (17 billion m3). The plans for the Ościsłowo open-pit mine also require significant dehydration works.

The commencement of lignite extraction from the Ościsłowo open-pit mine would cause the displacement of over 550 people, loss of income in farming and the food industry amounting to between PLN 2.63 and 4.22 billion (EUR 619 and 993 million), and health costs generated by the Ościsłowo open-pit mine exceeding PLN 100 million (EUR 23.5 million) a year, i.e. a total of between PLN 1.1 and 1.6 billion (EUR 258.8 and 376.5 million) for the entire lifespan of the mine’s operation.

In 2016 ancient megalithic tombs were discovered in the location of the planned Ościsłowo mine. These five and a half thousand year old constructions are a priceless historical heritage of the Wielkopolska region.  After an extensive archaeological research of the site the tombs have been placed on the legally binding list of archaeological monuments on 09.02.2018. Creation of the open-pit mine would inevitably lead to the destruction of the anicent site.

ZE PAK SA - an energy concern, producing energy mainly from lignite so far, has decided to stop its coal mining and electricity produced from coal by 2030. See the company's press release here.

Oscislowo coal mine has been cancelled

ZE PAK, the project's sponsor, announced that the Oscislowo coal mine project had been cancelled (ZE PAK press release).

Power and mining complex ZE PAK failed to secure an environmental assessment for the planned construction of an open-pit mine in Oscislowo and will appeal against the decision issued by the regional environmental protection head in Poznan, the company said in a market filing (source PAP Biznes).

Two loans to ZE PAK are scheduled to mature in 2018 via the following banks: Alior Bank in May, BZ WBK (Banco Santander) in June (source ZE PAK). An overview of financiers of ZE PAK SA can be seen here.

Opencast mining in Oscislowo. Demonstration in front of RDOŚ headquarters in Poznan

ZE PAK is in need of new mining operations, as by 2019 it will start experiencing problems with securing enough lignite for its lignite power plants. In the IPO prospectus ZE PAK estimated the cost of opening new open-pit lignite mines at between PLN 200 million and PLN 350 million. The company has access to a couple of lignite deposits, Jóźwin IIB, Drzewce, Tomisławice and Adamów, but the developments on those projects are varying. The Ościsłowo project is crucial for lignite supply for the Pątnów I and Pątnów II power plants, hence its priority status for ZE PAK. The mine is already late as it was initially planned to start in 2018. In order for the operations to start in 2018 as scheduled, the EIA permit was expected to be received by the end of 2016. The Regional Directorate of the Environmental Protection in Poznań has officially declined to decide on the EIA permit on 10th March 2017, without which the company will not be able to apply for a mining concession.

The company has filed an appeal to the General Directorate of the EP in Warsaw, which  upheld the arguments of the Regional Directorate of the EP in Poznań with a decision from 30.11.2017 but send the case to be ruled once more by the Regional Directorate of the EP in Poznań. Both ZE PAK subsidiary and Greenpeace Poland appealed the decision and on the 12.04.2018 the first instance court verdict has been appealed by ZE PAK to the National Administrative Court. The last verdict of the court from October 2018 ordered the General Directorate of Environmental Protection to issue a final verdict on the Ościsłowo EIA. The decision is expected in early 2019. At the end of 2016 the ancient tombs were discovered in the location of the planned mine  and have been placed on the legally binding list of archaeological monuments on the 09.02.2018, which will permanently disqualify the Ościsłowo lignite deposit from extraction.

ZE PAK is pushing forward the expansion of Tomisławice mine instead, but this mine is at risk due to an ongoing infringement procedure by the European Commission, and the EIA procedures has been delayed by the fact that an EIA report is reuqired for the mine to expand. ZE PAK closing one open-pit mine and a power plant using lignite from the mine, Adamów TPP with 600 MW capacity in January 2018 and its revenues are expected to fall 40% from 2018 onwards. The company has registered over 62,7 million PLN (14,5 million EUR) losses for the first 9 months of the year compared with 170 million PLN profit in the first 9 months of 2017.

ZE PAK’s open-pit mines and planned expansions are already causing widespread public protests, including from the Association Nasz Dom in Wielkopolska, Association Eko-Przyjezierze in Kujawsko-Pomorskie and the Coalition Development YES-Open-Pit Mines NO (DY-OPMN) members including its legal representation Foundation Development YES- Open-Pit Mines NO, Foundation Greenpace Poland and Foundation Frank Bold. Social pressure continues and may be decisive in completely shutting down the project.