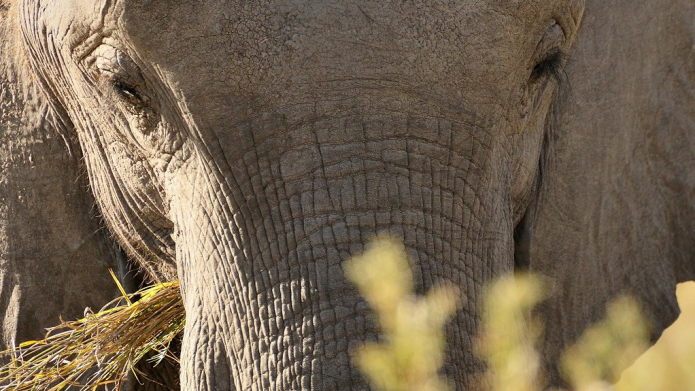 Reconnaissance Energy Africa, a Canadian oil and gas company, has drilling plans in the Kavango Basin in north-eastern Namibia and north-western Botswana. The company holds a 90% share, covering an area of over 25,000 square kilometres (6.3 million acres), and a 100% share in a license in northwest Botswana covering an area of around 9,000 square kilometres (2.2 million acres). First exploration drilling is currently taking place in Namibia. According to experts the company’s estimate of 120 billion barrels of oil in place is highly questionable. The Namibian Petroleum Agreement provides ReconAfrica with the exclusive right to obtain at least a 25-year production license, with a possible 10-year renewal. The Botswana agreement gives ReconAfrica the right to enter into a 25-year production license with a 20-year renewal period.

ReconAfrica has begun drilling for oil and gas in the Kavango Basin, home to what has been described as the largest oil play of the decade. Beyond being incompatible with combating climate change, the project faces growing opposition from local and indigenous communities and international allies as it affects an environmentally sensitive area which is home to Africa’s largest remaining population of savanna elephants and many other threatened species.

Banks should avoid financing ReconAfrica or any activities connected with oil and gas drilling in the Okavango Basin, and regulators should investigate the company for potential fraud. Not only has the Ministry for Agriculture, Water and Land Reform confirmed that the company is operating without permits for water abstraction and disposal of waste water but National Geographic revealed that a whistleblower complaint was filed with the US Security and Exchange Commission. Furthermore, infamous short-selling research firm Viceroy has suggested that the company is “drilling blind” and has not found any recoverable oil at all, and German financial regulator BaFin says it has opened an investigation into the company.

Inadequate consultation with local communities: The company’s licensed region is home to some 200,000 people, making a living from farming, fishing and tourism. The license area is home to the First Nations San and Kavango peoples. Many are worried that extensive oil drilling could drive away wildlife and visitors (Yale Environment).

Many communities and organisations have reported that they were not consulted or were left unaware of the oil project. Max Muyemburuko, chairperson of the Kavango East Regional Conservancy Association, confirmed to Mongabay that they have not been contacted by ReconAfrica or the Namibian government about plans for oil and gas production in the region. When trying to officially clarify aspects Max Muyemburuko was verbally abused and accused of working for foreign stakeholders.

Impacts on Indigenous people: Free, Prior and Informed Consent (FPIC) from the indigenous inhabitants has not been obtained. San leaders petitioned the Namibian consul general in South Africa in February 2021, saying they have not been consulted and do not want the project.

Risks to water: Namibia is the driest country in sub-Saharan Africa, and water is scarce in the region. Within this area, the Okavango delta and Kavango basin are desert oases. Drilling for oil will require large quantities of water, and there are grave concerns about both use of water and pollution from oil drilling activities, including fracking.

Surina Esterhuyse, a geohydrologist at the University of the Free State, South Africa, commented: “There is a serious lack of knowledge on groundwater resources in the target oil and gas extraction area. The possible impact on the water resources in Namibia and Botswana is the biggest concern.” (Mongabay.)

ReconAfrica’s record to date does not inspire confidence. According to a media release from Saving Okavango’s Unique Life (SOUL) issued in February, one of the company’s first containment ponds for drilling waste had not been lined at all, meaning pollution waste draining into the ground.

Inadequate Environmental Impact Assessments: The Environmental Impact Assessment (EIA) submitted by ReconAfrica has several problems, some of which are being highlighted in the briefing by the Save the Okavango Delta group. Various experts have also raised questions about the accuracy of the flora and fauna report. So far, the Namibian Ministry for the Environment has approved the EIA for two test wells and 2D seismic surveys.

Climate impacts: ReconAfrica has promoted the idea that the basin – touted as the “largest oil play of the decade” - has the potential to produce as much as 120 billion barrels of oil equivalent. New oil and gas extraction projects such as this one are clearly incompatible with the goal of avoiding catastrophic climate change, and the International Energy Agency’s Net Zero pathway confirms that meeting the world’s target of avoiding warming over 1.5 degrees Celsius means no new oil and gas projects.

Impacts on wildlife and biodiversity: The Kavango basin is one of Africa's most biodiverse habitats, home to a myriad of birds and megafauna species, including Africa’s largest remaining population of savanna elephants, African wild dogs, lions, leopards and giraffes (See Yale/Greenpeace). Extensive oil development in this region, with its attendant network of roads, rigs and pipelines, would pose a clear threat to this wildlife.

Protected areas: Full scale development during the envisage production period of 25 years will very likely have a direct negative impact on the flora and fauna of the Okavango Delta, a protected World Heritage Site. In August 2021, UNESCO's World Heritage Committee expressed concern and urged Botswana and Namibia to "ensure that potential further steps to develop the oil project ... are subject to rigorous and critical prior review".

Concerns around fracking: ReconAfrica has constantly and repeatedly highlighted that their main target are possible shale resources in the Kavango basin. Any so-called conventional resources (those exploitable by drilling) will be merely a by-catch. This is also clearly outlined by the presentation given by the founder of ReconAfrica, Craig Steinke, in May 2020, and by the fact that the company has hired – amongst other shale experts – the “father of modern-day fracking”, Nick Steinsberger.

ReconAfrica also confirms the need for fracking operations in its July 2020 report where the company compares the Kavango Basin with the Karoo Basin in South Africa. ReconAfrica also expresses the opinion that they are confident of obtaining access to scares water over the envisaged production period of at least 25 years – although they are clearly operating in a very arid area. Despite this, the company and the Namibian government have since said no fracking will take place.

There are numerous proven risks and impacts related to the development of fracking projects, such as industrialization of former rural areas, heavy freshwater consumption, water and soil contamination, public health impacts and a significant contribution to global warming. Even without fracking, however, it is clear that a step-by-step industrialisation of an almost untouched landscape will be the consequence of oil and gas exploitation in the licensed areas. This process will require a huge amount of fresh water in a vast water-deficient region.

Claims of misleading investors: In May 2021 ReconAfrica was subject of a whistleblower complaint filed with the U.S. Securities and Exchange Commission (SEC), reported by National Geographic. The complaint alleges the company fraudulently misled investors by misrepresenting its work on the project, in order to drive up its stock price. The complaint cites more than 150 instances of misleading statements by ReconAfrica, and claims the company is violating US securities laws by promoting revenue projections to investors based on activities such as fracking for which it has not secured permission or permits.

Currently ReconAfrica is funding its activities from its share capital, which has been raised through securities offerings and non-brokered private placements.

Most known shareholders of ReconAfrica are individual investors who are involved in the management of the company. Two institutional shareholders have been identified:

British Columbia, the surviving entity of the 116 / Lund Merger. Publicly traded as RECAF on the OTC and RECO in Canada.

Used as a holding company for the Recon assets for the Lund Merger.

Private company wholly-owned by Craig Steinke, used to acquire a 50% farm-out option for the Botswana License for $100,000. Then re-sold the same Farm-Out option to Renaissance Oil Corp for nearly 30 times that price a week later.

British Columbia (Formed around 1994). Craig Steinke’s entity used as the parent company of the Reconnaissance operations when he first got involved in Namibia.

Created by Craig Steinke and Ian Telfer after they sold Realm Resources. Went public in 2014 through a reverse merger with San Antonio Ventures. Shares many of the same shareholders players as Reconnaissance Africa. Acquired the 50% farm-out option in the Botswana Property from Steinke in June 2020 after their Mexican operations started to fail due to policy changes in the country. Signed an agreement to be acquired by Reconnaissance Africa in April 2021. Publicly traded as RNSFF on the OTC and ROE in Canada.

The International Union for Conservation of Nature (IUCN) has called on Botswana and Namibia to increase scrutiny of oil and gas plans in the Okavango Delta.
2021-09-10 | Energy Voice
blog
external news
our news

Exploratory project in Botswana and Namibia is threat to ecosystems, local communities and wildlife, conservationists say
2021-06-22 | The Guardian
blog
external news
our news

Anglican Bishops call for a halt to Drilling in the Kavango, Namibia

Alarm as exploratory drilling for oil begins in northern Namibia

ReconAfrica was formed in August 2019 as the result of the reverse takeover of Lund Enterprises and Reconnaissance (see the 2019 Investor Presentation). As part of the takeover, it acquired the rights to explore for oil and gas in Namibia’s northeast in Kavango East and West Regions. These rights were originally purchased in 2015 from Namibia’s Ministry of Mines and Energy by a Canadian company called 1163631 BC Ltd, acquired by ReconAfrica. The Namibia and Botswana licenses are virtually the company’s only assets globally.

On 21 December 2020,  Reconnaissance Africa company began drilling the first stratigraphic borehole near the village of Kawe in Namibia in the Kavango East province. Drilling is now underway at the second site on a farm owned by the Sinonge family in Mbambi. The Sinonge family has lodged a high court case to get their farm restored as they did not agree to the occupational use of their land. The company has also submitted an application for environmental clearance to undertake 2D seismic surveys along a 450 km route over their exploration license area.

According to company documents they will have to drill hundreds of wells in the targeted area to develop a commercial oil field. The parastatal Namibian Oil Corporation (NAMCOR) holds an interest of 10 per cent in the license. On the Botswana side, the company says that it holds the right to enter into a 25-year production license with a 20-year renewal period.

In April 2021 the company announced plans to fully acquire Renaissance Oil Corp, which was a nearly bankrupt company that had partnered with Russian based Lukoil to produce oil from Mexico, but lost it’s drilling rights in mid 2019, possibly due to political changes and a potential ban on fracking in that country. The two companies share many of the same investors, directors and officers.