This profile is no longer actively maintained, with the information now possibly out of date
Send feedback on this profile
Download as PDF Created before Nov 2016
Last update: 2015-11-01 14:53:10 Contact: 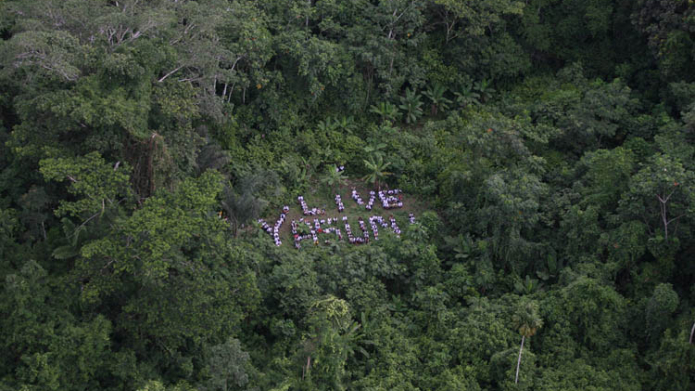 The development will unleash cumulative impacts (including deforestation) on adjacent areas that will threaten vulnerable indigenous people living in voluntary isolation. Clashes between indigenous groups and Petrobras are considered likely, with local communities formally calling for a moratorium of oil development in the area.

The Ecuadorian government should not permit oil drilling and development in Yasuni National Park, including Block 31. To avoid needless ecological destruction and potentially tragic social conflict with vulnerable indigenous groups, the current proposal for Block 31 requires independent evaluation of feasible alternatives and major design changes, including the free, prior informed consent of affected indigenous populations, and a strategic, regional Environmental Assessment that would examine cumulative impacts and their mitigation.

Until the social and environmental risks outlined in the Investors' Brief are addressed, no responsible financial institution should provide support for the project in its current form.

Petrobras' Block 31 project will be constructed in an area identified by Conservation International as one of the largest contiguous tracts of the most biodiverse intact wilderness in the world. Further research has concluded that the forests of Yasuni are probably the most diverse in the world. Yasuni has been declared by WWF Scientists as among the most important ecoregions globally to protect.

The development's environmental assessment states "the possibility of a catastrophic [oil] spill cannot be ruled out" at the processing plant, and that there is "probable" risk that indigenous communities affected by the project will engage in physical protests and interventions that could lead to work stoppages and violence.

Introducing the two oil platforms, associated infrastructure and personnel into the region will cause such broad and direct secondary environmental and social impacts that 43 concerned scientists from Ecuador, the United States and Europe wrote to the President of and its Environment Minister concerning the most recent development proposal (plans have been altered and long delays have occurred) recommending that no new drilling be undertaken in Yasuni. The letter informs that regardless of the drilling method used impacts of the existing plan, the lack of full consultation and informed consent of significant elements of the indigenous population affected outweigh all indications that the project should proceed.

The inadequate environmental assessment and likely risks have lead to apparent violations of the Equator Principles, including Principle 3, Applicable Social and Environmental Standards; Principle 5, Consultation and Disclosure; Principle 6, Grievance Mechanism; Principle 7, Independent Review. An elaboration of these violations can be found in the Investors’ Briefing.

Issues and potential breaches to Equator Principles are detailed in the Investor Brief document.

On August 3 2010, the Ecuadorian government and the United Nations Development Program signed an agreement that will create a trust fund for managing international contributions to the Yasuni-ITT initiative. This initiative calls for the oil reserves under the Ishpingo Tambococha Tiputini field in the Yasuni National Park to remain underground. In exchange, the Ecuadorian government seeks compensation from the international community for 50% of the lost revenues from choosing not to drill. The money will be used for renewable energy projects and other environmental activities.

Ecuador: four months to save the world's last great wilderness from 'oil curse'

The current state of the Yasuní-ITT initiative (Part III)

The "dark side" of the Yasuní-ITT initiative (Part II)

Ecuador's Amazon-sized challenge to the world (Part I)

"Leave the oil in the ground" - that's what Ecuador's president Rafael Correa suggested to the world - now the world needs to take action.
http://www.facebook.com/yasunimovie