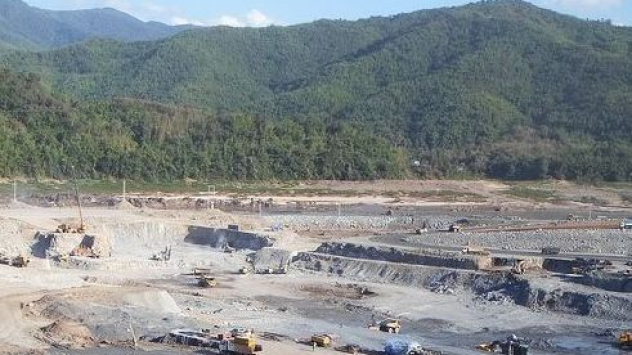 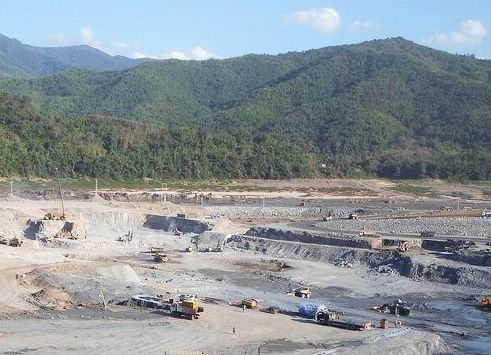 Bangkok, Thailand: The Mekong governments have left the controversial Xayaburi Dam off of the agenda of this week’s annual Mekong River Commission (MRC) Council meeting.

“By failing to address the Xayaburi Dam at the Council Meeting, the Mekong River Commission governments are evading their responsibilities,” said Mr. Niwat Roykaew of the Chiang Khong Conservation Group.   “Silence will not make the problems caused by the development of the destructive Xayaburi Dam and any future Mekong dams go away.”

In November 2012, the Lao government held the official groundbreaking ceremony for the Xayaburi Dam despite ongoing concerns with the project. The MRC member countries have not reached a conclusion to the prior consultation process. Laos disregarded official requests by the governments of Cambodia and Vietnam for a transboundary impact assessment of the project, as well as advice given by the Mekong River Commission’s Secretariat to delay the dam’s construction until necessary studies were first carried out.  In last week’s Cambodia Daily newspaper, Cambodia’s Environment Minister reiterated the country’s position by stating “Prime Minister Hun Sen said there has to be an environmental impact study first to see how it affects and we asked Laos to respect the suspension.”

International donors have also raised concerns. Most recently, in November the U.S. government announced that it is “concerned that construction is proceeding before impact studies have been completed.”

“For over two years, the proposed Xayaburi Dam has sharply divided the region’s governments and become one of the world’s highest profile transboundary water disputes,” said Ms. Pianporn Deetes of International Rivers.  “As Laos has consistently refused to cooperate with its neighbors, it’s no surprise that the issue is not on the agenda.  Laos has violated the Mekong Agreement, made false claims that the dam is environmentally sustainable, and ignored the general consensus amongst fishery experts that its proposed mitigation measures for fishery impacts are unlikely to work.”

A legal analysis published this week by International Rivers found that Laos has violated the 1995 Mekong Agreement and international law by proceeding with the Xayaburi Dam.

“Regional governments hold the power to prevent the tragedy of the commons that will likely occur if the Xayaburi and other Mekong mainstream dams move forward.  Yet to do so, depends upon the Mekong governments taking immediate action to demand that construction of the Xayaburi Dam and other mainstream projects halt until further studies and public consultation occur,” said Mr. Chhith Sam Ath of the The NGO Forum on Cambodia. “We are appealing to regional governments and donors to ensure that a review of the prior consultation process is conducted before any other projects move forward to prevent other projects from following the same problematic path of the Xayaburi Dam.”

Over the past four years, civil society, academics, scientists, donor governments and MRC member countries have raised concerns over the threat the Xayaburi Dam and other Mekong mainstream dams pose to food security of millions of people and the ecological integrity of the Mekong River.

“The extent and severity of the impact that the Xayaburi Dam will have on the livelihoods and food security of the Mekong people remains unknown,” said Ms. Lam Thi Thu Suu of the Vietnam Rivers Network and Centre for Social Research and Development.  “As a shared river, our future depends on the regional governments cooperating and addressing the problems associated with the Xayaburi Dam before it’s too late.”

During a field visit to the Mekong River last week, International Rivers discovered that other dams proposed on the Mekong River’s mainstream in Laos are advancing.  At the proposed Pak Beng Dam site, which has yet to enter the MRC’s prior consultation process, villagers told International Rivers that project implementation is expected to begin in the next two to twelve months with the construction of the dam’s access roads.  Villagers also stated that Chinese companies have recently concluded feasibility studies for the Pak Lay and Sanakham dams.  Last September, International Rivers found that some work had already begun at the Don Sahong Dam site with the blasting of two rapids to make way for fish passage.

The 19th Meeting of the Mekong River Commission Council will take place on January 16-17th in Luang Prabang, Laos.  International donors to the Commission are expected to release a statement at the meeting.