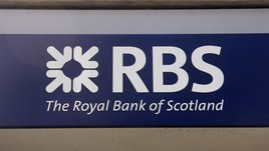 Global Witness welcomes the decisive action taken by the UK financial regulator, the FSA, which has fined the Royal Bank of Scotland (RBS) £5.6 million for failing to check whether its customers were on the UK terrorist sanctions list. RBS' inability to properly vet its customers highlights concerns about the sort of customers banks are willing to accept.

Global Witness has repeatedly warned that banks are not doing enough to tackle the flow of dirty money, whether terrorist financing, tax evasion or the proceeds of corruption. Our reports have exposed how major banks including Barclays, Citibank, and Bank of America have helped to fuel corruption in developing countries by doing business with corrupt politicians.

"We're pleased that the FSA has finally found its teeth and moved to punish RBS. We hope that from now on the regulator will come down heavily on any bank that fails to take the fight against money laundering seriously enough," said Robert Palmer, a campaigner with Global Witness.

This is the biggest penalty meted out by the FSA for financial crime failings and the first under the UK's 2007 anti-money laundering regulations. But Global Witness doesn't think it is enough to deter irresponsible behaviour.

"£5.6 million is small change for RBS and it pales in comparison with fines levied elsewhere. For example, Lloyds bank was fined $350 million (£220 million) by the US authorities for breaching American sanctions in relation to Iran," said Palmer.

In its Decision Notice, the FSA criticised RBS for not keeping consistent records of the beneficial owner of its corporate customers (i.e. the person who actually controls and financially benefits from a company). Criminals, terrorists and corrupt politicians can hide their identities and therefore their assets behind corporate ownership secrecy.

Without knowing who actually controls a company it can be impossible for a bank to know who they are dealing with, and to know whether their customer is actually a terrorist or a corrupt politician.