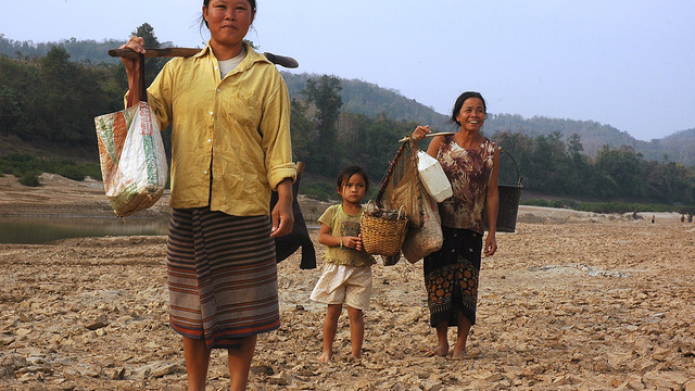 The start of construction of the Xayaburi Dam on the Mekong River in Laos sets off a dangerous game of Russian roulette with the world's largest inland fishery.

As the first project in a cascade of 11 hydropower dams to be built on the Lower Mekong River's mainstream, the dam is expected to block the migration route of between 23 and 100 fish species, while adversely impacting the livelihoods and food security of more than 200,000 people. The dam's proponents claim that a state-of-the-art fish ladder, designed by the Finnish and Swiss companies Pöyry and Terraplant, will allow migrating fish to safely pass through the dam.

Yet fishery experts in the Mekong region have challenged this claim, stating that no technology currently exists to effectively mitigate the impacts caused by the mainstream dams due to the wide diversity of migrating fish species and the large numbers of fish that migrate at peak times. A 2011 scientific study published in Environmental Management warned that a serious effort to minimize impacts from the mainstream dams would take decades of research on the biological requirements of key migratory species to ensure that specialized fish passage facilities actually meet the needs of this diverse fishery .

In its 2011 review of Pöyry's work, the Mekong River Commission recommended a less-conservative plan, stating that construction on the Xayaburi Dam be delayed at least two years, so that fishery baseline data could be collected, analyzed and incorporated into the final design of the dam. 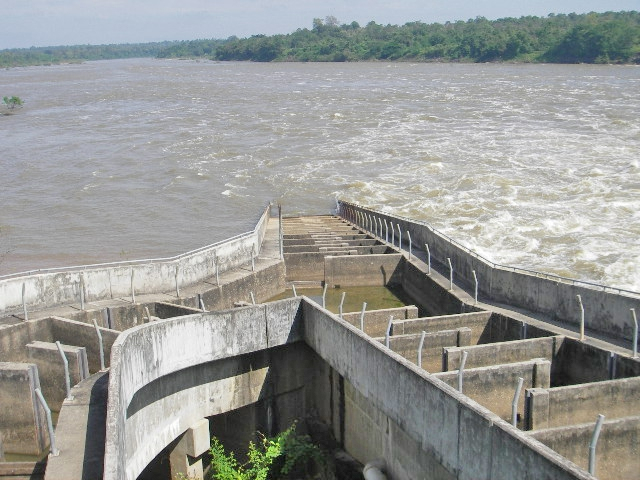 Instead of heeding the recommendations of these experts, Laos has continued to move forward with construction, with the project's coffer dam expected to be completed as early as May.

Yet if any lessons are to be drawn from the experience of dam building in the Mekong River Basin, it's that fish passages offer false promises. In the nearby Mun River, an important tributary of the Mekong, the Pak Mun Dam's fish passage has been viewed by experts as a total failure, as less than a quarter of the river's fish species successfully pass through the passage.

In a 2001 review of the failures of the Pak Mun Dam's fish passage, fishery expert Tyson R. Roberts warned that solving the problem of dams creating a barrier to fish migration is only the first step in attempting to mitigate the impacts of dams on fisheries. Roberts cautioned: "What use is a fish ladder ... enabling fish to move from one extremely unfavorable set of environmental conditions downstream (in the reservoir outflow) to a totally different but also unfavorable set of environmental conditions upstream (in the reservoir)?"

The reality is, there are no successful examples of fish passages in the region to draw from, nor even in another tropical country. With so much at stake for the Mekong River's fisheries and its people, the game of Russian roulette on the Xayaburi Dam must stop.  Construction on the project should be halted until proven solutions are put forward to protect the Mekong's abundant fisheries from the impacts of the mainstream dams.