This profile is no longer actively maintained, with the information now possibly out of date
Send feedback on this profile
Download as PDF By: BankTrack
Created before Nov 2016
Last update: 2016-09-12 15:38:30 Share this page: 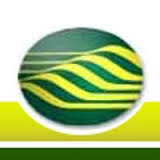 The human impact of the KPC project has been stark. Villages such as Segading, Sepaso and Sekerat in the Bengalon mining concession have experienced serious problems as a result of the mining. While families of those directly employed by the mine have benefitted from jobs, the communities as a whole have had to deal with significant water pollution, loss of land and other problems.

Villagers report serious dust and noise disruptions from blasting, which occurs frequently without any prior announcement. The blasting has shattered window panes and caused cracks in the buildings. Children wake up crying in shock and fear from nighttime blasting.

The village of Segading is home to a community of indigenous people called the Dayak Basap. When the KPC coal mining company first arrived in the region, the members of community decided to agree to move from their ancestral land in order to take advantage of the benefits the mining company promised. Unfortunately for the Dayak Basap, not only did these benefits fail to materialise but, as the mine expanded, the community was then forced to move twice more against their will. Currently, the leader of the village, Gagay, is fighting to prevent the KPC mining company from forcibly displacing them for a fourth time to a plot of land that is much smaller than the land they are being told to leave.

The older Sangatta mine has also caused a lot of damage since it became operational in 1992. For example, in 2001, farmers from the village of Kabojaya near the Sangatta pit protested the fact that they could no longer use the local water supply or grow crops as a result of pollution from the mine. Protests against KPC from farming communities led the company to hire Group 4 Securicor (now G4S) to provide security.

KPC has also been associated with human rights abuses according to a report released in August 2014 by JATAM, Indonesia’s Mining Advocacy Network. According to interviews with local communities and other research undertaken by JATAM, the KPC mine has had the following impacts:

One study supported by the KPC mining company and funded by the World Bank found that even the small amount of money received in compensation and jobs has gone almost completely to the men, with local women seeing almost no benefit and, in cases where they lose their farming role, becoming economically dependent on their husbands.

The KPC concession areas cover a vast 90,000 hectares, encompassing several villages, and border on the East Kutai National Park, which has been compromised by the presence of the mines. By 2008, an estimated 75 percent of the forest area supposedly "protected" as part of the national park had already been destroyed, a process exacerbated by the presence of mining companies.

KPC has also been associated with massive environmental contamination, according to a new report released in August 2014 by JATAM, Indonesia’s Mining Advocacy Network. According to interviews with local communities and other research undertaken by JATAM the KPC mine has had the following impacts:

The firm was established by the billionaire Bakrie brothers. In 2010, Nat Rothschild, heir to the international Rothschild banking dynasty, created Bumi plc, then called Vallar, and listed the shell company on the basis that investors would be attracted by the proposition of investing in Indonesian coal through a 'safe' investment vehicle listed in London. The experiment was initially a great success as it raised GBP707 million, money that ended up financing the two big Indonesian coal companies: Bumi Resources and Berau Coal. The deal also gave the Indonesian Bakrie family's coal empire access to UK investment.
A boardroom falling out between Rothschild and the Bakrie family, ostensibly over a lack of corporate governance standards at the Indonesian firms revealed how lax the listing criteria had been allowed to become. Angry exchanges at the company's AGM and exchanges of allegations of corruption and misconduct eventually led to the freezing of Bumi's shares and a collapse in Bumi plc's share price, making a mockery of the supposed "safe" status of Bumi plc as a FTSE 250 company holding a premium listing in London. But all the chatter about this actually misses the real, far bigger scandal of Bumi plc, the GBP707 million that ended up financing highly damaging coal in East Kalimantan.

In 2014 Bumi resources produced 84 million tonnes of coal, according to its annual report 2014.

There are no projects active for Bumi Resources now.
on record

Bumi seeks to settle debts as rights issue is slashed

Bumi Warns of Default If Restructuring Consent Not Won

Indonesia’s $6 Billion of Coal Mine Thefts Said to Widen

The dynasty that charmed the City

Impacts of Mining on Women and Youth in Indonesia: Two Mining Locations