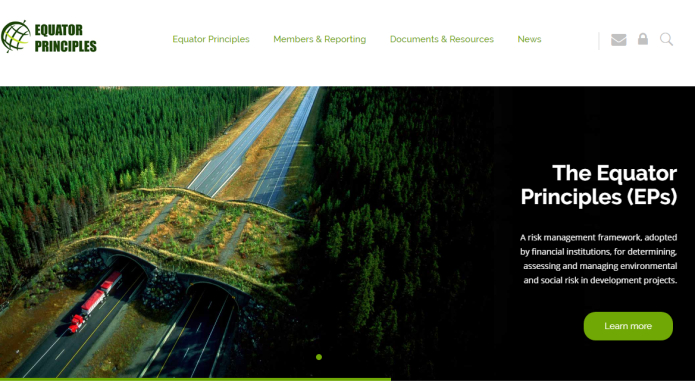 Under the current Principles (EP3), EPFIs are required to report the total number of Project Finance and Project Related Corporate Loan transactions – by sector, region, country designation and whether or not an Independent Review has been carried out. The names of projects financed, the year of financial closure and the host country should also be reported, but only for project finance transactions, and this reporting is subject to obtaining client consent and other possible exemptions. For Project Finance Advisory Services, only the total number of services mandated per sector and region is required.

The requirements included in EP3 fell short of what civil society groups had called for throughout the revision process, but EPFIs insisted that the new requirements were going to significantly improve the transparency of the Principles. As EPFIs are now once more considering a new version of the EPs (EP4), we review how the current requirements are implemented and identify the priorities that need to be addressed to ensure transparency and accountability.

1. Many projects financed ‘under Equator’ do not need to be reported

Most significantly, the reporting of project names is applicable only to Project Finance transactions. Although the EPs apply also to Project Finance Advisory Services, Project-Related Corporate Loans and Bridge Loans under certain circumstances, there is no requirement for EPFIs to report projects which they support via these means.

Recommendation: All projects to which the EPs apply should be subject to project name reporting.

2. Some banks fail to report any project names

Project name reporting is also subject to an EPFI obtaining client consent, as well as to applicable local laws and regulations, and to “no additional liability for the EPFI as a result of reporting in certain identified jurisdictions.” This results in a significant number of projects still not being reported.

In some cases, EPFIs that are known to have financed an Equator project have not reported the project name, while other banks that joined the same loan syndicate did so. For example, Natixis and Sumitomo Mitsui Banking Corporation failed to report their involvement in financing the Dakota Access Pipeline, while ten other banks involved in the same lending syndicate did so. Some banks are clearly not making as much effort as others to secure client consent.

Recommendation: All financing obtained from EPFIs must be conditional upon the project sponsor(s) agreeing to the loans being publicly reported by the banks. Where laws and regulations prevent project name disclosure, the specific regulations and the countries in which these regulations apply should be disclosed.

3. Reporting is only available per bank

As reporting data is submitted by bank and reported per bank, it is not possible to search the EP website to find out which banks financed which project. Similarly it is not possible to search projects financed by sector or by country. This would all be feasible if the same data were presented in a more accessible database format. BankTrack has been amalgamating EP reporting data in a spreadsheet which makes this kind of analysis easier.

Recommendation: Project name reporting from all EPFIs should be amalgamated in a database searchable by year and by sector, with details of each EPFI taking part in the financing as well as project sponsor(s) names. Links to all documents publicly disclosed by the project sponsor(s) as part of their commitment to meet the requirements of EPs should also be included.

Recommendation: Banks financing each project should ensure they report the project name and sector consistently.

5. Project risk categories are not reported

While banks need to disclose the number of projects they financed by risk category (Category A, B and C), there is no requirement to report on the risk category assigned to each named project. This risk categorisation determines whether an assessment or Environmental and Social Impact Assessment is required, among other things, so is crucial for understanding how the EPs are applied.

Recommendation: The categorisation of each project should also be reported.

6. Even the information that is reported gets deleted after two years

The limited level of reporting that is currently published on the Equator Principles website does not stick around for long – only the most recent two years’ reporting data stays on the website. This is another reason we are collecting EP reporting data in a spreadsheet to avoid this reporting disappearing down the memory hole.

Recommendation: An archive of all Equator reporting should be kept on the EP website. Reporting from previous years that has been deleted should be restored.

7. Reporting takes too long to be published

As of October 2018, seventeen EPFIs have still not reported on their Equator finance for 2017 on the Equator Principles Association’s website, although in some cases EPFIs have reported this information in their own reporting. At the end of August, 57 EPFIs had provided no reporting for 2017 on the EP website.

The delay in disclosing the names of projects financed ‘under Equator’ makes it harder for communities and civil society to hold banks accountable for upholding their Equator commitments. To truly be accountable, EPFIs should move towards disclosing projects under consideration, before they are financed, in line with emerging good practice in development finance.

Recommendation: Project names should be reported as soon as possible after financial close, and on at least a quarterly basis rather than annually. EPFIs should move towards reporting the names of projects under consideration for Equator finance, so that affected communities can raise any concerns before financial close.

From the latest available year of reporting, banks reported a total of 131 project finance advisory services; 880 project finance transactions and 126 project-related corporate loan transactions to which the Equator Principles applied (1137 transactions in total, not accounting for duplicates where projects are financed by more than one bank). In total, 638 project names were reported.