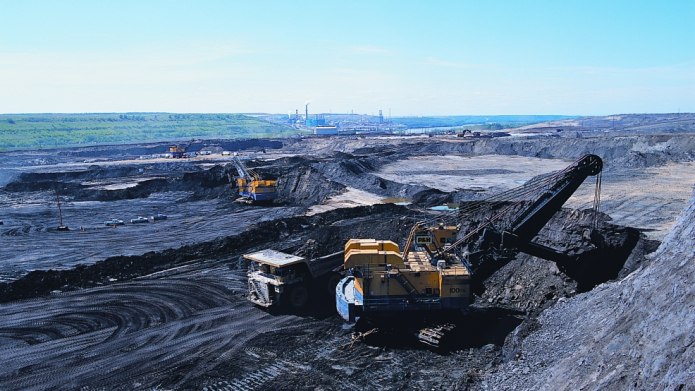 Photo: -
With oil prices soaring, investing in unconventional fuel sources – such as oil sands or oil shale – could appear to be an attractive option, but according to a new report released on Tuesday by WWF and the Co-operative Financial Services (CFS), such investments are both environmentally and economically unsustainable and can only serve to undermine international efforts to combat climate change. Extracted from tar-soaked shale or sand, unconventional oil is an energy and resource intensive product, creating up to eight times as many emissions as conventional oil production does, while also using three barrels of water to produce just one barrel of oil and destroying large tracts of arboreal forests in the process. Scientists have predicted that, if fully exploited, the emissions from these oil sources could accelerate climate change to levels that would threaten a mass species extinction.

"Unconventional fuel sources may seem attractive in the short term but ultimately the environmental and economic costs are unthinkable," says James Leaton, Senior Policy Officer at WWF-UK. "In addition to the rising cost to consumers and businesses from high oil prices, the environment is paying at both a local and global level. The solution is to develop alternatives, such as renewable energy, rather than continue to indulge our addiction to oil."

More than US$125 billion of unconventional oil projects have been announced for development by 2015. High energy, labour and material costs mean that developing an oil sands project is up to 20 times as capital intensive as conventional oil projects. In addition to investing heavily in the development of US oil shales, Shell has announced an intention to produce 670,000 barrels of oil daily from Canadian oil sand by 2020, while ExxonMobil and BP are also both hoping to produce several hundred thousand barrels each per day.

"The current rush to invest in unconventional fossil fuels is wholly inappropriate and due to their carbon intensity, these projects risk dangerous levels of climate change," says Paul Monaghan, Head of Social Goals and Sustainability at The Co-operative. "Our long-term future and economic stability depends on the development of a low carbon economy within our lifetimes. We intend to use this report as the basis of our shareholder engagement with oil companies, and will be working with our 6.5 million customers to ensure that the UK and the EU have a robust legislative framework in place that will prevent these climate hostile fuels from entering the domestic market."

WWF and CFS are calling for a global halt to the licensing of new unconventional oil and for strong legislation, similar to the Emissions Standard currently in force in California, to be introduced in North America and Europe, prohibiting the sale of fuels with higher emissions than traditional oil. Because the lifecycle emissions of oil sands and oil shale are higher than those produced by conventional oil extraction, if this standard were replicated elsewhere, it would effectively outlaw unconventional oil products.

"Companies and investors claim to recognise the need to tackle climate change and support international efforts such as Kyoto. In oil sands we have an activity that is going against this imperative and undermining Canada's Kyoto commitments, so it is time for investors to challenge this strategy." James Leaton continues. "Technologies which could potentially mitigate the environmental impacts of these proas carbon capture and storage (CCS), are still too far away from being a viable solution on a large scale. The scope for development of CCS must not lock us in to a carbon intensive future, when it is clear that the developed world needs to start cutting emissions now."

Ian Jones, Head of Responsible Investment at The Co-operative Investments added: "We intend to use this report as the basis of our shareholder engagement with oil companies to try to persuade them to take a more progressive path."

"The extraordinary lengths some oil and gas companies go to in attempting to make these climate-hostile fuels somewhat less so should be re-directed to bringing forward low-carbon energy. Most oil companies have hardly begun to factor in the externalities that are currently imposed on the environment, yet are rapidly expanding unconventional oil developments in the hope of future technological solutions, subsidies, and favourable government intervention. Shareholders should challenge those oil companies that fail to steward investment responsibly."