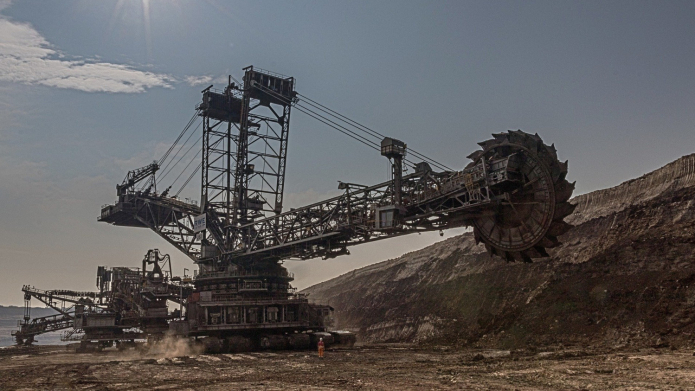 This analysis is cross-posted from Life After Coal; see the original here.

Following a resolution tabled by its own shareholders in May 2019, Standard Bank last week released a policy on funding of thermal coal mining.  This was an opportunity for Standard Bank to demonstrate its commitment and contribution to combatting climate change and enabling a just transition to a low-carbon economy.

Standard Bank has missed that opportunity by publishing a policy that is weak and inadequate: it makes no commitment to ending funding for coal mining. Its policy contradicts its claimed vision “to be the leading financial services organisation in, for and across Africa”.

Any meaningful effort from financial services corporations to address the severe risks posed by climate change to South Africa and the global economy, has to cease lending to both coal-fired power projects and coal mining.  Standard Bank’s respective policies on financing thermal coal mining and coal-fired power both demonstrate a lack of leadership on efforts to address the climate crisis.

Standard Bank has done no more than the absolute minimum to comply with the requirements of the resolution put forward by its investors, with policy-lending criteria for coal essentially reiterating laws and requirements that should, in any event, be minimum standards for financing any project. Such a “business as usual” approach in our climate emergency is not only deeply disappointing, but also irresponsible. Standard Bank is banking on short-term profiteering that will result in ongoing global climate impact.  Investors must also hold Standard Bank accountable to more than just profiteering.  We need to protect the earth and its people.

Standard Bank links its policy to South Africa’s “energy plan and energy mix”. However, it is broadly accepted that South Africa’s electricity plan – the IRP2019, which provides for extensive new coal and gas capacity – and its national emission reduction targets, are wholly inadequate to protect South Africa from the worst impacts of devastating climate change. Indeed they are irrational. Standard Bank, by endorsing these government policies, fail South Africans.

According to Climate Action Tracker, South Africa’s national emission reduction targets are not aligned with the Paris Agreement – which itself is inadequate. If governments across the world had similar targets, global average warming would reach between 3 and 4 degrees Celsius (°C) – as opposed to 2 °C, let alone 1,5°C  global limits. Such warming would equate to temperature increases of 6 to 8°C for Southern Africa and on this trajectory, large portions of the African continent will be uninhabitable by humans.

Global coal use in electricity generation must fall by 80% below 2010 levels within the next 10 years to avoid exceeding the 1.5°C limit. These consequences will only exacerbate the existing devastation caused by coal mining to communities’ lives, health and livelihoods through air and water pollution, and destruction of land and livelihoods.

Globally, financial institutions recognise that non-alignment with the Paris Agreement temperature target poses serious risk, including to those institutions’ own shareholders and the economies within which they operate.

If Standard Bank wants to show true climate leadership, corporate citizenship, and realise its stated vision to be a leading financial institution for and in Africa, it would immediately phase out funding and refrain from funding any new fossil fuel projects.

Life After Coal/Impilo Ngaphandle Kwamalahle is a joint campaign by Earthlife Africa Johannesburg, groundWork, and the Centre for Environmental Rights (CER). We aim to: discourage the development of new coal-fired power stations and mines; reduce emissions from existing coal infrastructure and encourage a coal phase-out; and enable a just transition to sustainable energy systems for the people.